Written by Caro Syson
Updated over a week ago

If you want more information about your income, there is a toggle button on the Income Screen to see more details on the flow of money through your business and this highlights where everything has come from on a day-to-day basis.

PROTIP: This information can seem confusing to many people so we have given the option to toggle the button ON/OFF so as not to distract or overwhelm you unintentionally.

You can still run your business extremely well & profitably even if this detailed income area is not fully understood, just by ensuring that your Net Income Due dial has a smaller red area and a much bigger green area on the dial. 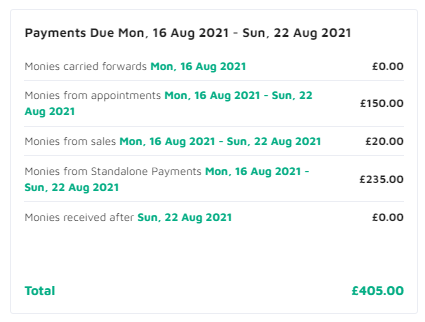 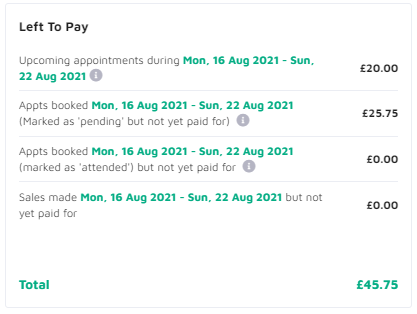 These monies do NOT show up in the Expected income dial for this period but do show on the Net Income dial figure as they are physically received monies. This is because a cancelled appointment may be filled and more money earned in that same time slot.

So monies do not show on the Expected Income Due dial for any appointments when monies have been received against that appointment but where the status of the appointment has been recorded as Cancelled.

The monies in this Future / Historic period box DO NOT show up in the Expected Income Due dial for this period but they are shown on the Net Income dial figure as they are funds physically received in this date period.