All Collections
Why Team Insights?

Written by Morgan Pihl
Updated over a week ago

What many models of team dynamics or personality types tend to miss, is the fact that most people are not only one thing. Rather, which role we take often depends on the specific team that we are in. You probably recognize this from your own experience: In one group, you may have been the Driver who pushed people to get things done, while in another, you may have taken more of a collaborating role.

Team Insights is based on an abstraction of the full five-factor personality result to enable you to visualize team members next to each other in the same graph. Each personality result gets mapped to this abstraction and summarized in what we call a Business Profile consisting of Driver, Innovator, Integrator and Implementer.

In the Team Overview, a larger context is shown for the entire team comparing you to the population. This gives the advantage of pointing out characteristics of the team - for example, if any particular profiles are missing, the relational and working mode as well as likely ways to handle conflicts. 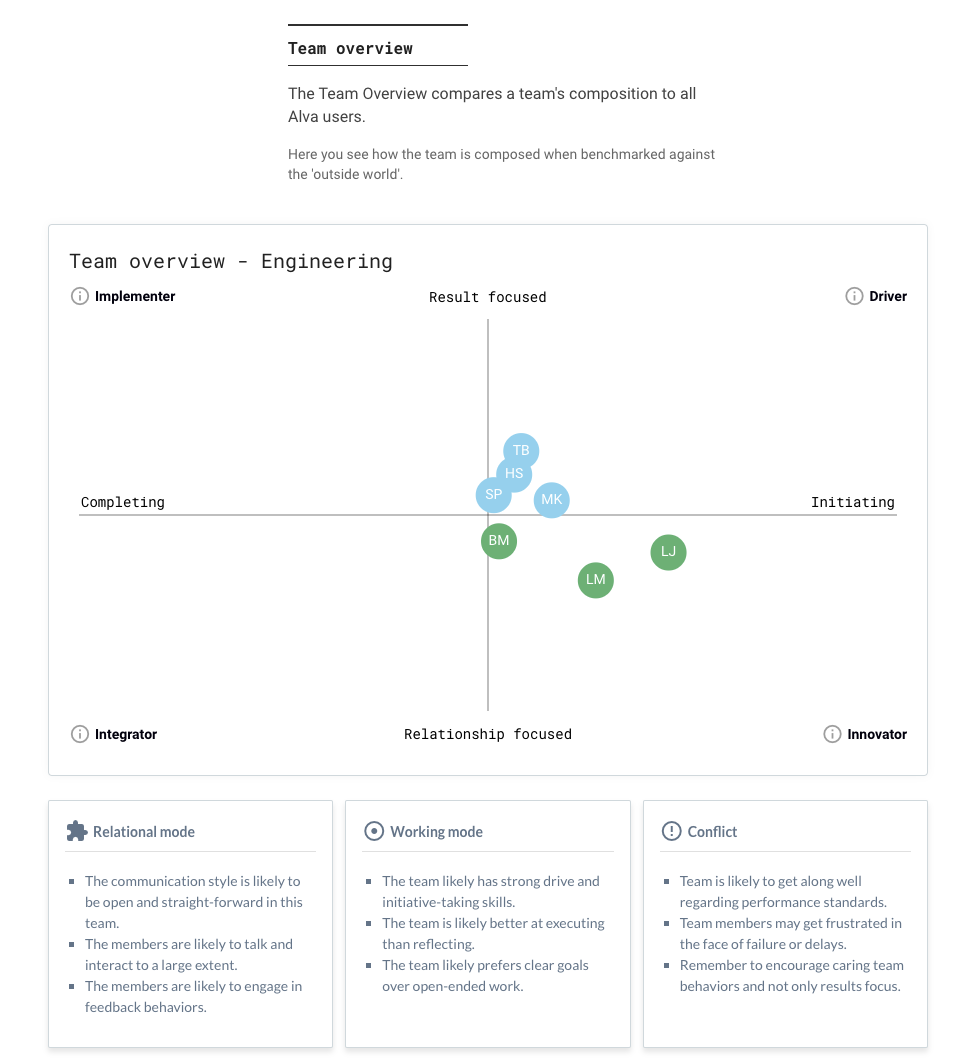 To further understand which role you are likely to take in this specific team you will also have access to the Team Dynamic view showing the relative scores. In this view, you are plotted based on the relation to all other members of your team. In other words: Our model is made to provide the most plausible role each person is likely to take in this particular team.

This also means that if you would switch teams, you might be plotted in a different role. Further, if the team would get one or several new members, everyone’s position on the graph will change, since the whole dynamic changes. 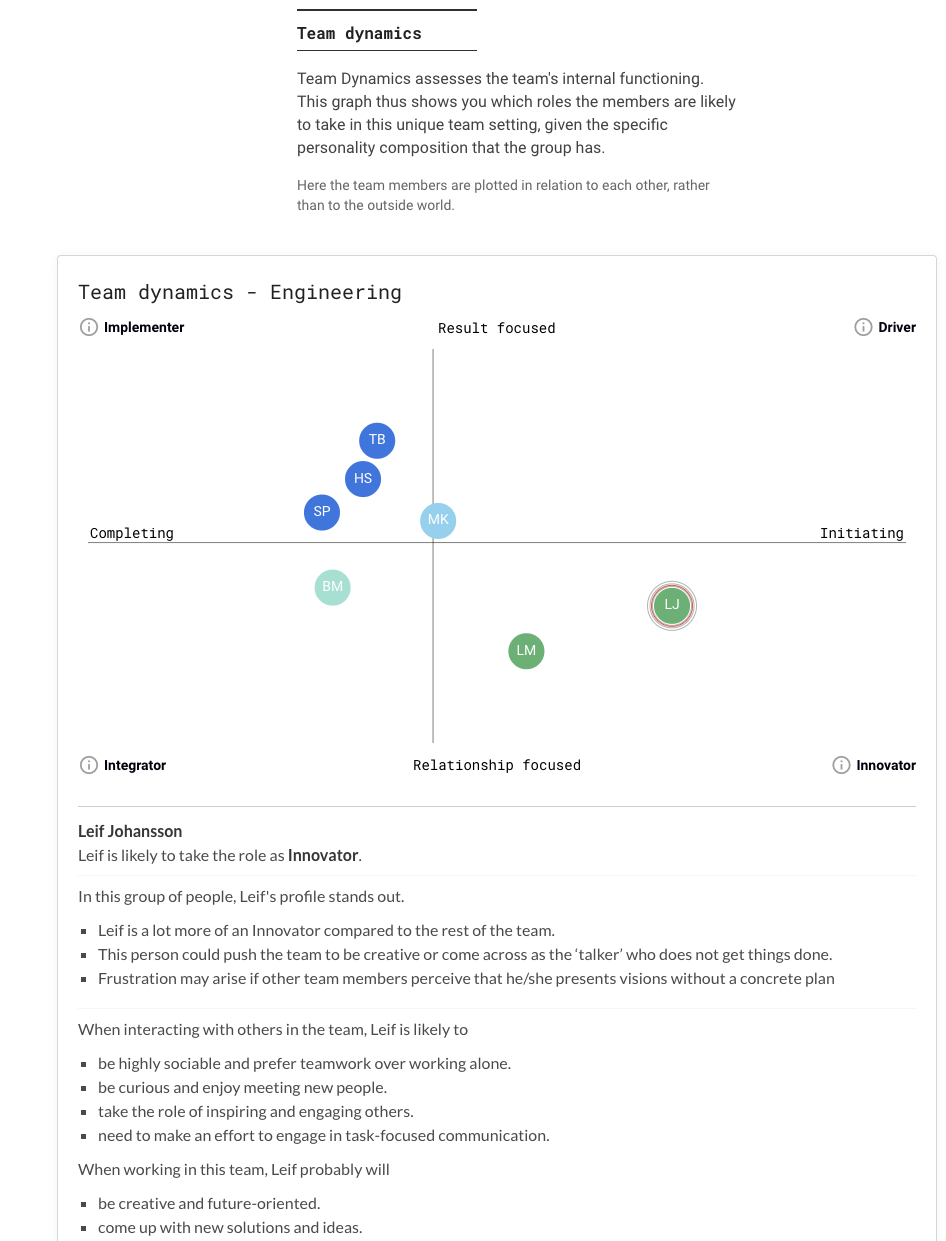