All You Need to Know About Bitcoin & Oil 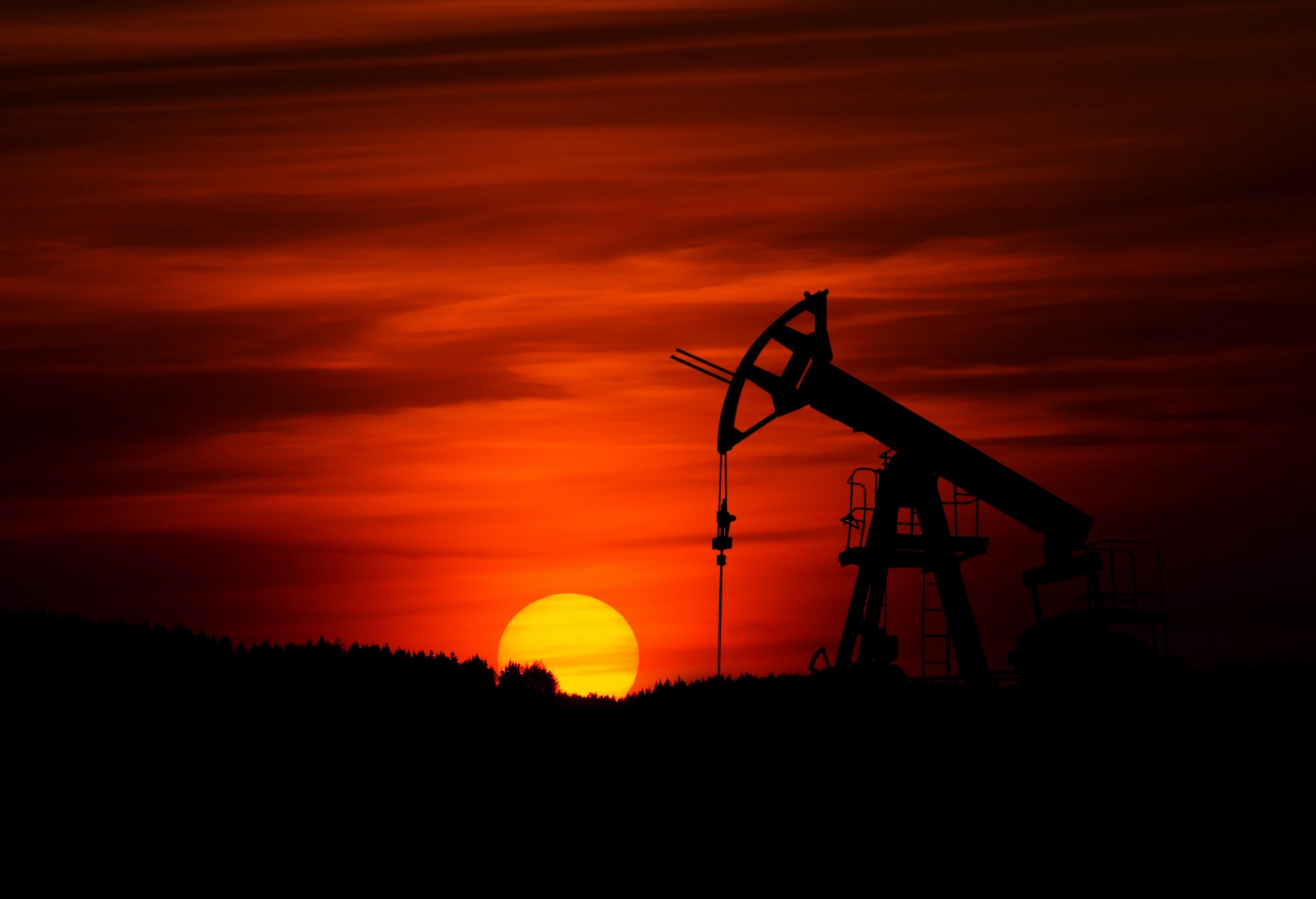 The relationship between Bitcoin and traditional assets such as gold and crude oil has long been a point of debate for those interested in whether the dominant cryptocurrency is a currency or commodity. In traditional financial markets, times of extreme volatility and uncertainty usually drive investors towards what are called ‘safe haven’ assets, which generally have lower risk and lower returns. The most famous examples of safe haven assets are commodities such as gold and low-yield bonds such as U.S Treasuries. Gold is accepted as a global store of value and U.S Treasuries are backed by the U.S Government which will never be allowed to go bust. Over the past week, the financial markets and the definition of a ‘safe haven asset’ has been brought into question.

In the past week, Bitcoin has made a weekly loss of 10%, hitting a monthly low at $7,900, Brent crude oil has fallen 30% to a price of approximately $35 a barrel and U.S Treasury bond yields have fallen below 0.5% for the first time in history. These figures are all very extreme and are probably the result of a combination of factors rather than just one event. For example, the spread of Coronavirus across the planet has caused uncertainty among investors, with supply chains falling apart and consumer spending dropping as people stay at home to avoid catching the virus. Some may also argue that the equities market itself has been winding up steadily over the past decade to a level that historical market cycles suggest is unsustainable. With the sell-off in the last few days being a result of this widespread over-valuation of stocks. However, the price drop in Brent crude may have played a significant role in triggering the market-wide sell-off.

The oil industry itself has come under significant pressure in recent years, as citizens put increased pressure on their governments to invest more money into finding energy sources that are not so damaging to the environment. In an attempt to support oil prices, since 2017, OPEC (Organization of the Petroleum Exporting Countries) & Russia have held back oil supplies. This changed, however, when Coronavirus became a genuine concern for financial markets and, on Friday, OPEC proposed restricting flow even further to maintain prices. Russia were not keen on the idea, pushing Saudi Arabia to slice their export pricing for April, pushing the eventuality of a full-on price war between the two giants even closer.

Many reading this will initially react by saying ‘shouldn’t low oil prices stimulate the economy?’ and in the long-term, they may be correct. However, what some may fail to realize is that energy providers such as fracking and shale companies are currently the largest issuers of U.S junk bonds, which are innately high-risk. Falling oil prices could inevitably lead to lower revenue for the firms, making it difficult to repay the $18 billion of debt that matures within the next three months. Demonstrating investor anticipation of this, the yield on these bonds has risen to approximately 10% (meaning the price of them has dropped), as the smart money moves into lower-risk debt instruments such as U.S Treasuries, which can, theoretically, never be defaulted on since the Fed can always print more money to service the debt if necessary. Hence, the yield falling to less than 0.5% (as demand pushes the price up), and confirming the ‘safe haven’ hypothesis mentioned earlier.

So where does Bitcoin come into this? Normally, a safe haven asset is thought to be uncorrelated with the traditional stock market, which was generally thought to have been the case with Bitcoin. However, recently, with the price falling in sync with equities, this assumption has been called into question. There is ongoing debate as to whether the cryptocurrency (or digital assets in general) can be classed as a ‘safe haven’ due to the unpredictability of its price. For example, how can something that has made a weekly loss of 10% be considered safe? There is an argument to be made about the volatility of Bitcoin in comparison to more traditional ‘safe’ assets. . Between early January and February, the volatility of West Texas Intermediary rose from 38% to over 100%, whereas Bitcoin’s volatility fell from 60% to 40% in the same period. Although it would be naive to say that Bitcoin is currently safer asset to hold than traditional commodities, there could be reason to believe that those in countries with high levels of inflation may look to find a more accessible, transportable and liquid asset to store value in than something like gold. Glimmers of this possibility have already shown themselves after the recent events surrounding the U.S-Iran political tension, where post the U.S’s targeted killing of Iranian military leader Soleimani, Bitcoin prices on local Iran-based OTC exchanges jumped to levels over $20,000.

“Acts of violence and war can create inflation and have demonstrated that in the past, so heightened violence now could portend higher demand for bitcoin. To the extent that bitcoin is a hedge against inflation.”
Greg Cipolaro, Co-founder, Digital Asset Research 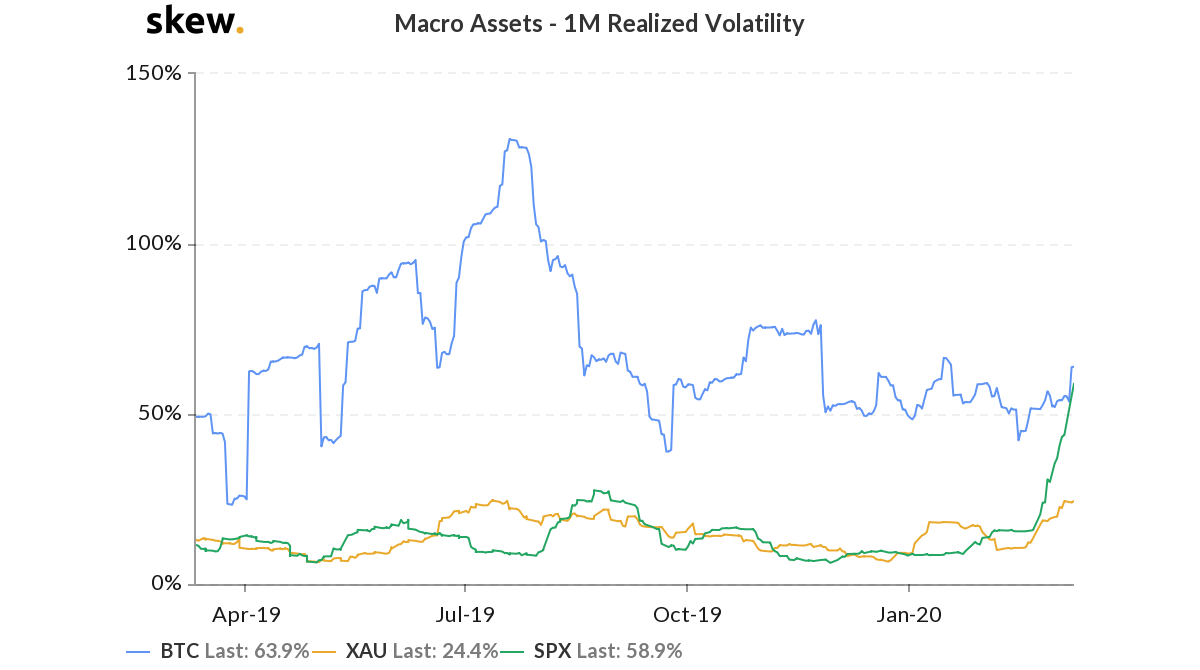 Overall, it is still much too early to make any judgement on how Bitcoin will end up being positioned in the future. On one hand, it could remain a purely speculative asset which only increases in volatility as large whales accumulate coins and cyclically buy and sell them to relatively novice traders for their own benefit. Whereas, on the other hand, it could become a fairly easy-to-hold asset, when compared with traditional commodities like Crude oil, which would appeal to those in countries with significant political instability and problems of high inflation rates (which would be aided by the intrinsic deflationary nature of Bitcoin).