All Collections
Campaigns
Best practices for image tracking in Aryel

Before you choose a target image for Aryel's image tracking campaigns, it’s a good idea to check these best practices.

In this guide we will find out how to:

First, make sure your target image follows these principles, so your WebAR campaign will work when the target is detected by the camera.

Using High Quality or Full HD images for WebAR campaigns on Aryel is not the best choice in terms of results. It is strongly suggested to use lower quality images, such as 500x300 or 800x800 pixels.

First, because the algorithm finds it easier to map and process them than high-quality ones, second, because they occupy less space on your media library and can be processed faster and smoother on the platform.

Both color and black and white images will work. Either way, all images should have high tonal contrast. This means images with lots of pastel colors are not an ideal fit. 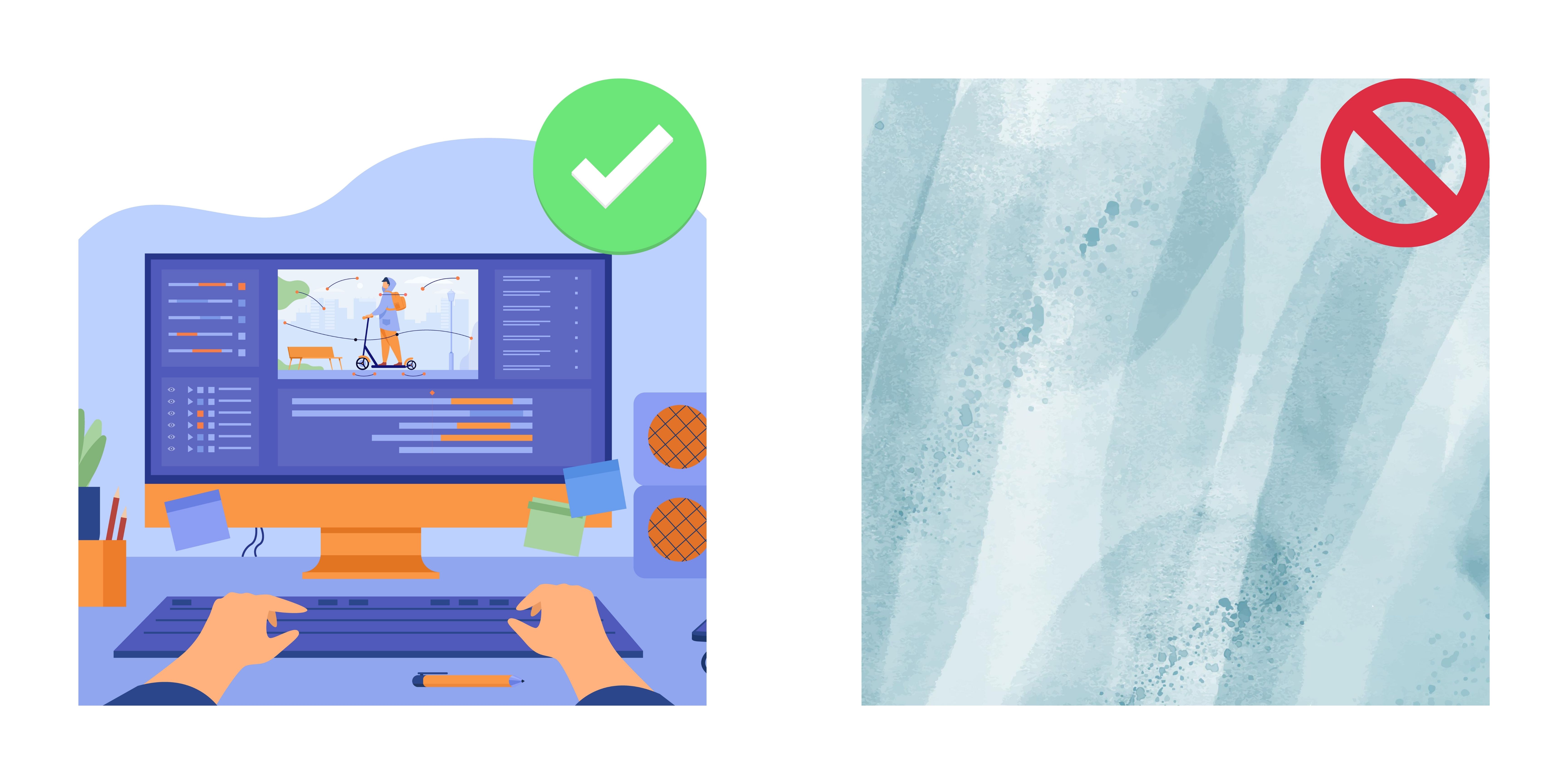 Try turning your target image to grayscale to check there’s enough contrast. If it’s all a similar shade, there probably isn’t.

Make sure your image has a resolution of at least 300x300 pixels.

Try to stay away from smooth or soft edges and textures with a lot of gradients.

The image on the left is a good example of a target with lots of sharp edges: 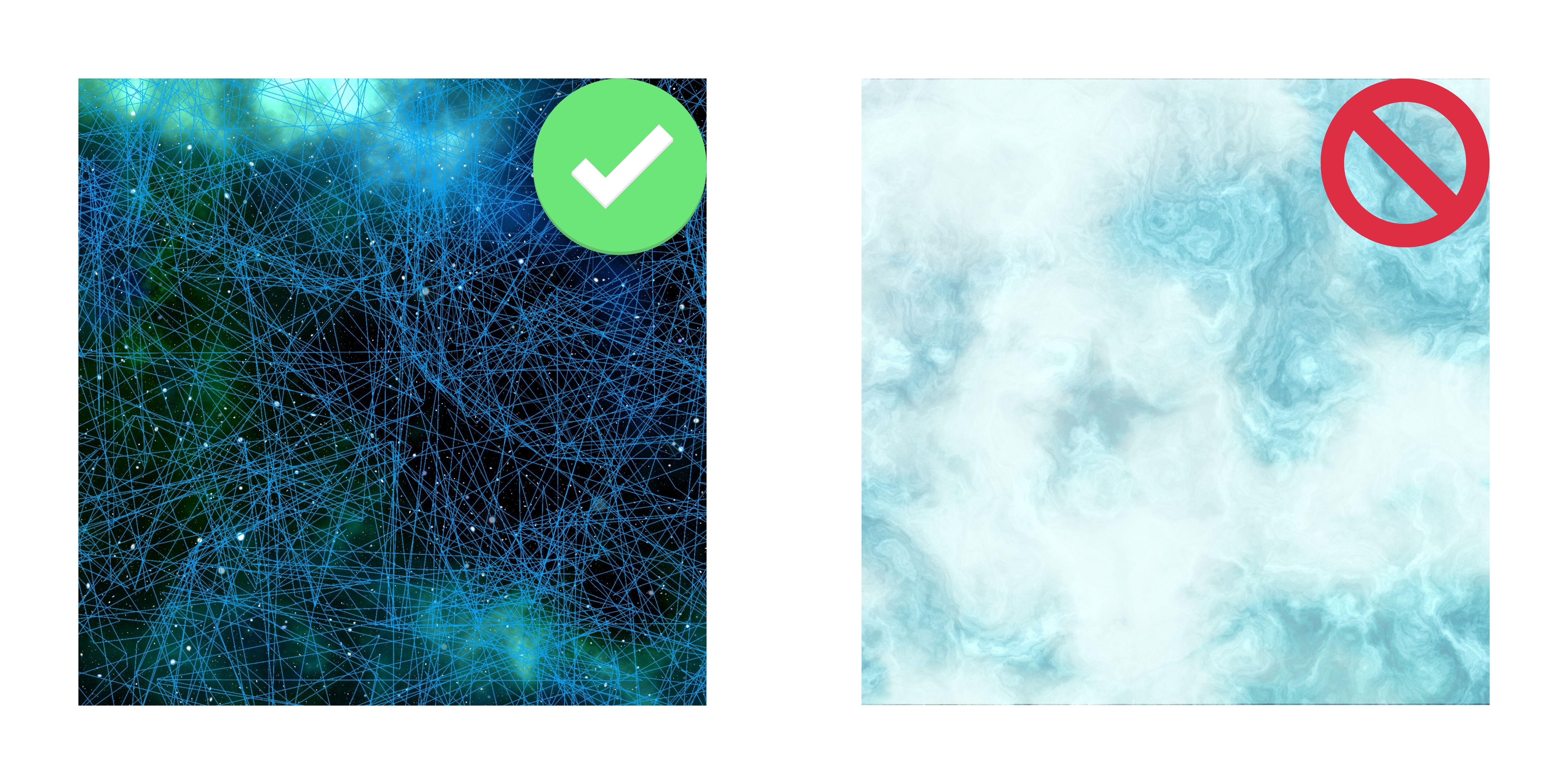 Avoid symmetry and repeated patterns. Images that can easily be inverted might not track as well. 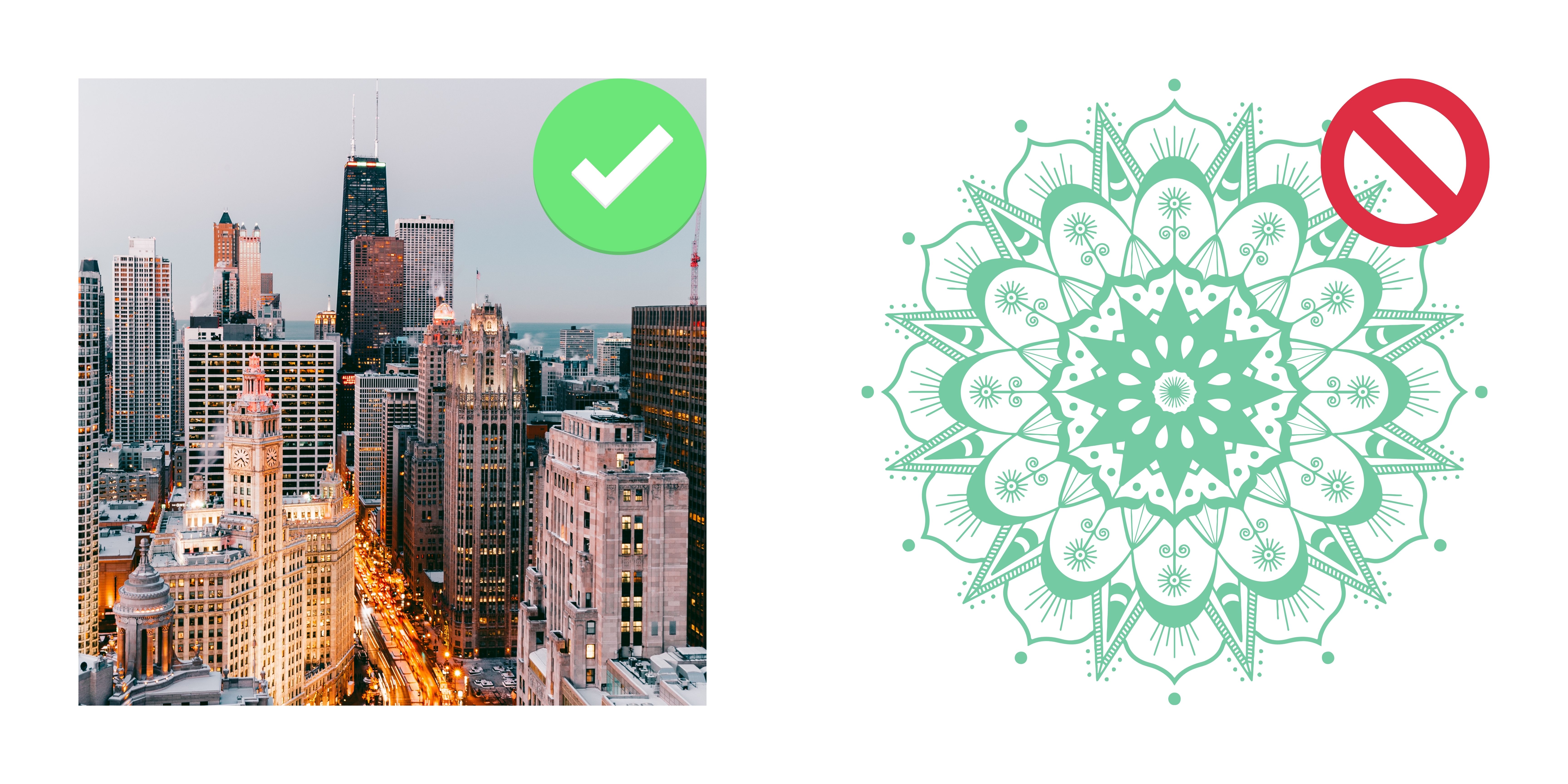 Simple images might not work well. You should also avoid repeating the same motifs.

The image on the left has enough complexity, plus other good practices like high contrast and sharp details. The image on the right is too simple with too much repetition: 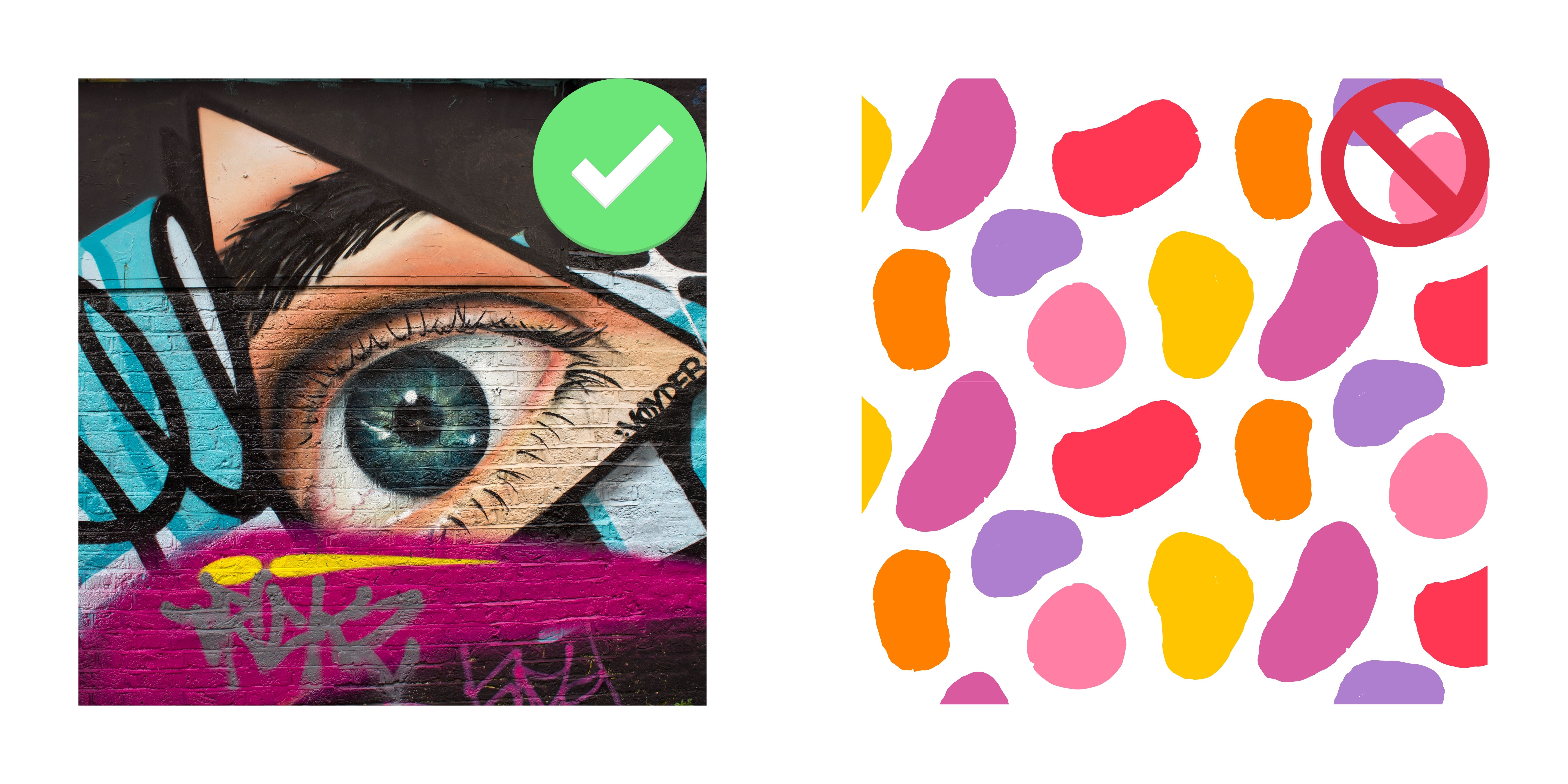 In the image on the left the target is flat against the front of the can. This will make a good target. With the can on the right the image is curved along the side which won’t be easily detected by the camera: 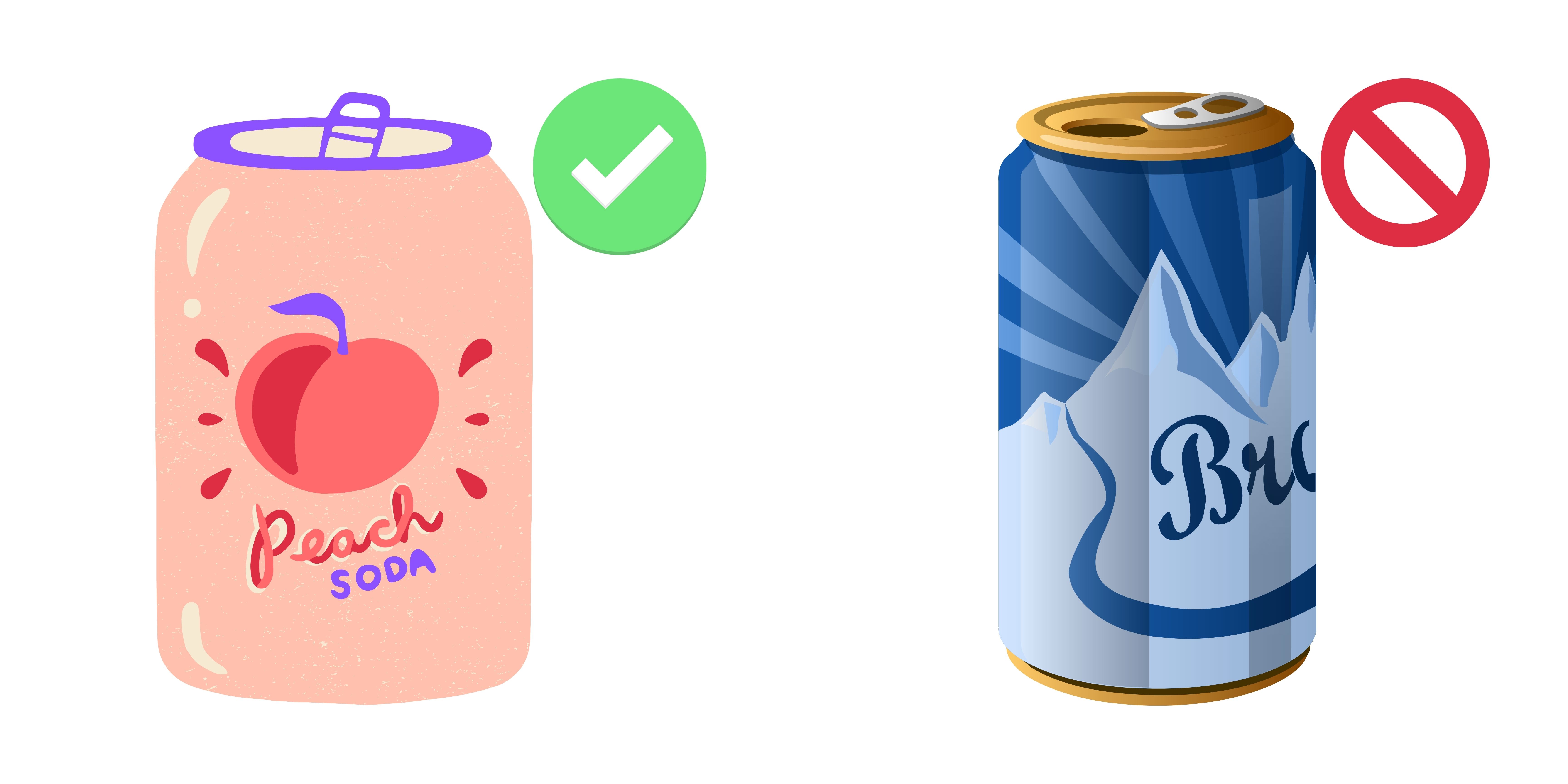 Target images can be all sorts of shapes. They don't have to be rectangular or square. However, you should still think about how clear the target image will be.

For example, a target image on thin paper like money will move and distort because the paper is thin, making it difficult for the camera to identify the target. With the image on the left, the target is flat and static, creating a clear target. 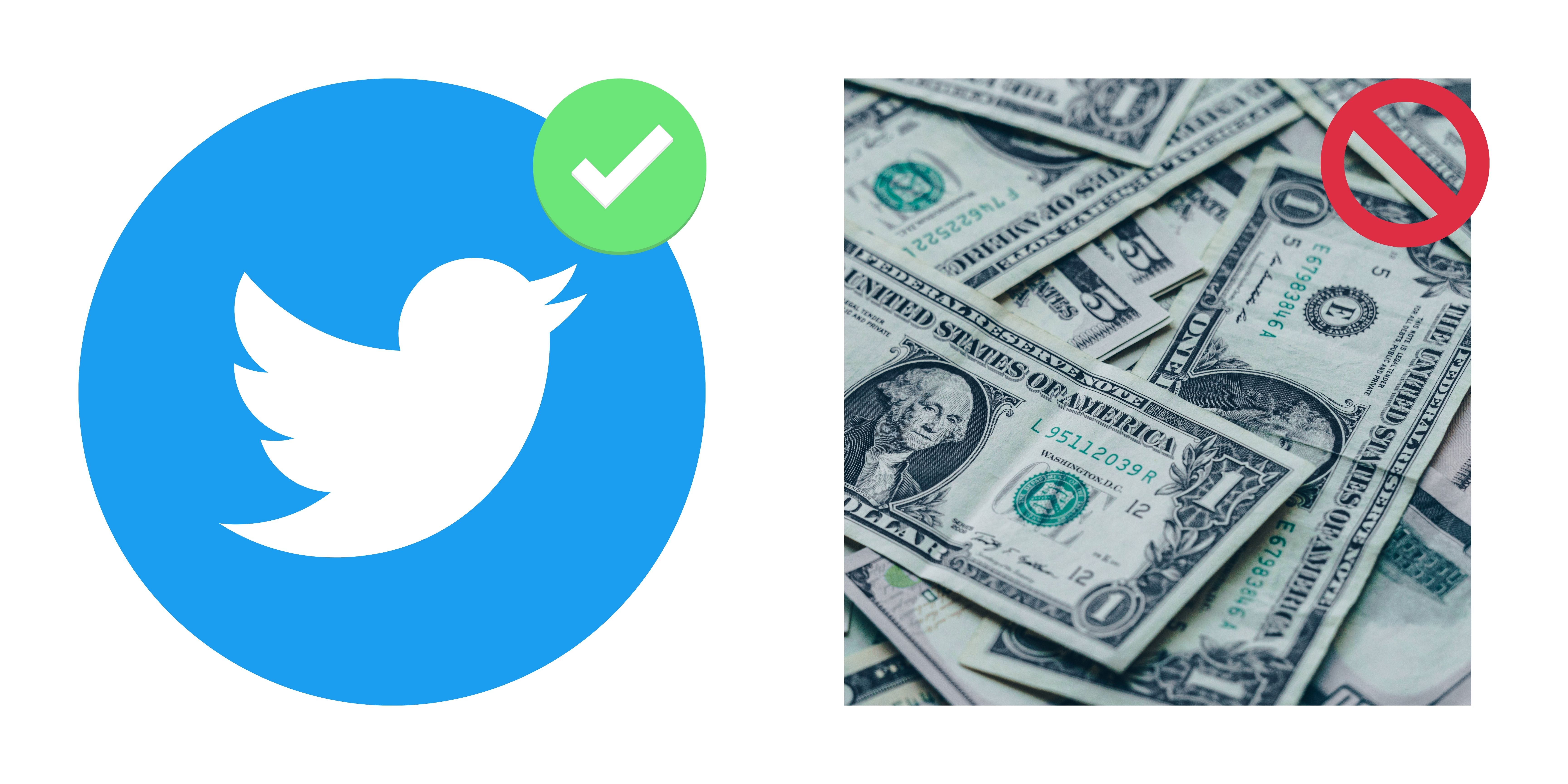 Avoid targets with lots of transparency or blank space around the actual image, like in the image below on the right: 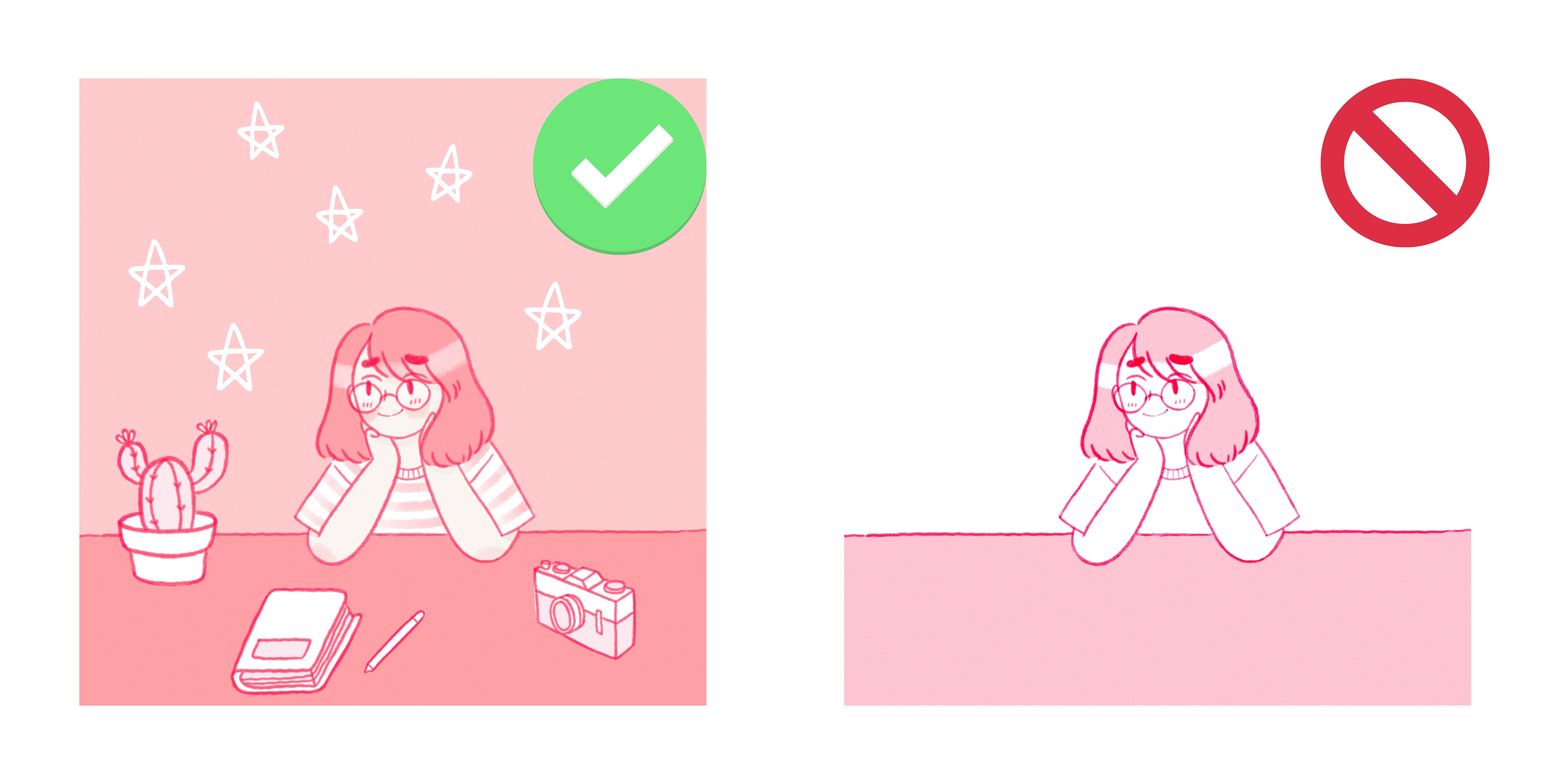 The placement of the target

Target AR effects work best when the camera is closer to the image, so it fills a large portion of the device frame.

The example on the left is a milk box. This is a fairly large object that people can easily get close to for a good length of time.

The example on the right, a billboard, might not work well. It’s unlikely someone could get close enough to the billboard for a good length of time. 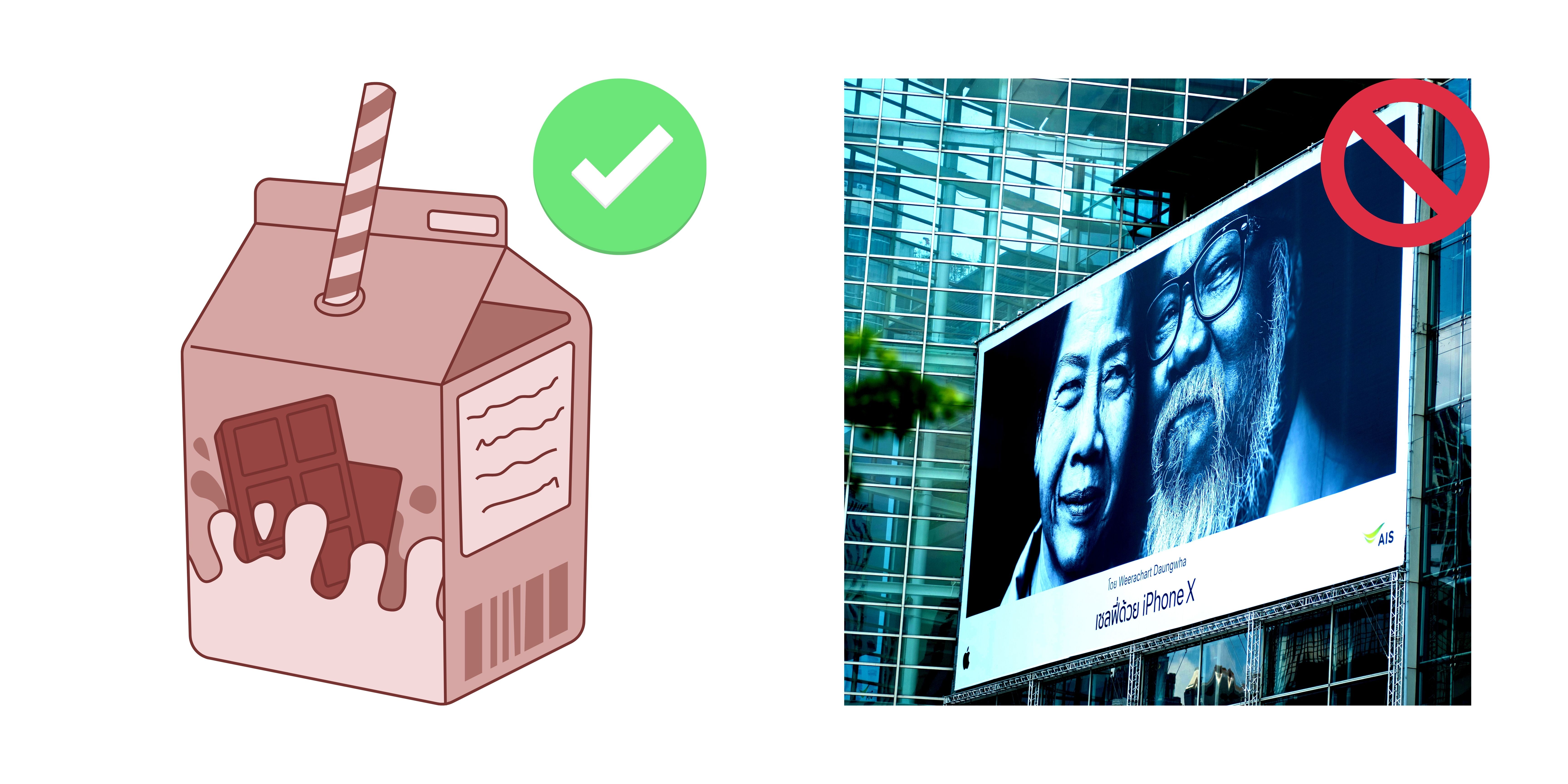