All Collections
Campaigns
How to customize/style the QR code?

How to customize/style the QR code?

QR Code design needs a balance between colors that contrast so that the QR Code stands out, but it still also has to match with the rest of the material & your branding.

The focus could be to include your brand colors and then contrast them so a reader's eye is brought to the QR Code.

In Aryel, when publishing your campaign, you have the possibility to customize the QR code by:

Here is how the customisation UI will look: 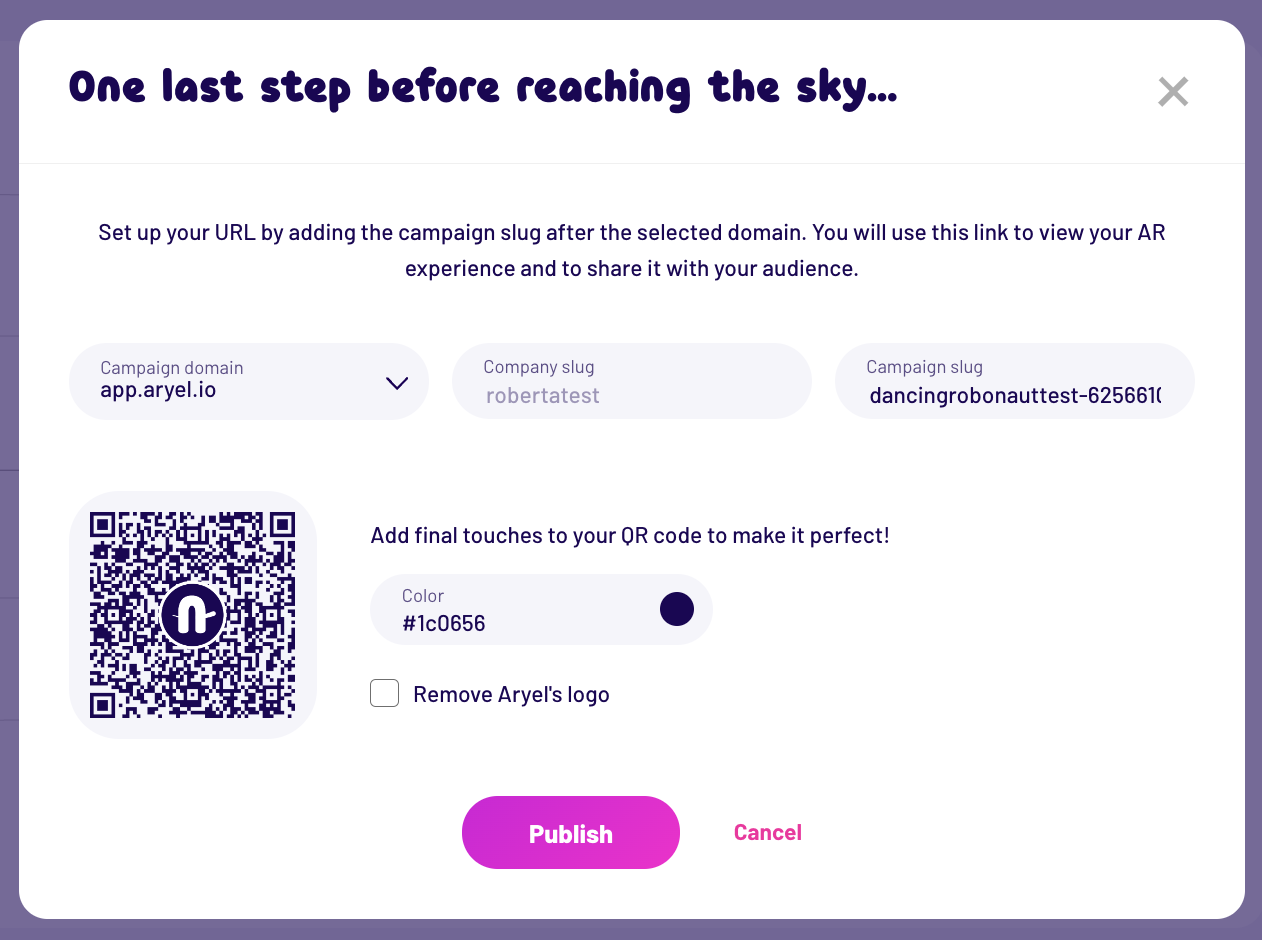 Choose the color you want, and download the QR code with the new modifications in png format, ready for your printed material! 🚀 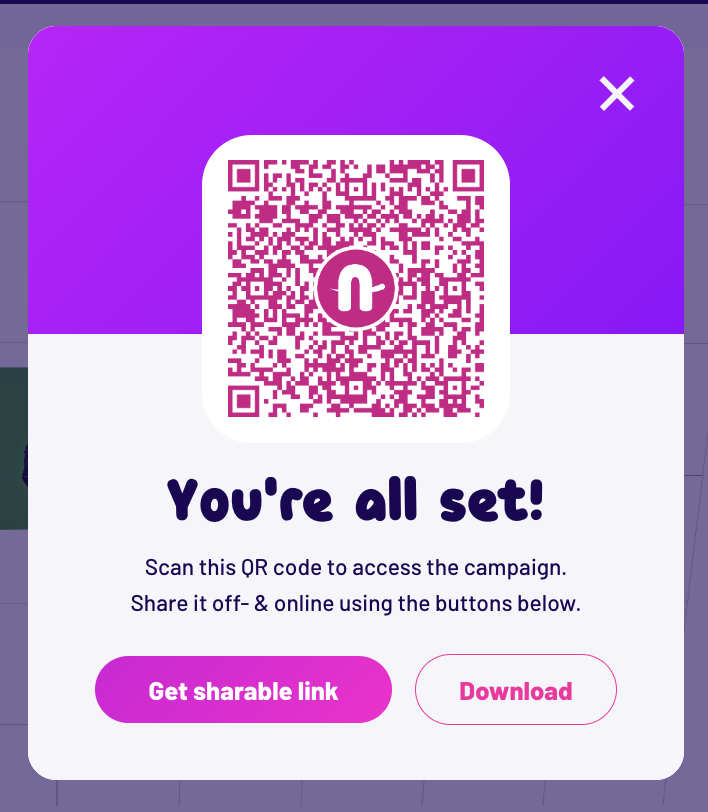 💡 Quick tip
If a need arises to edit the style (of the QR Code) after publication, you can:

👉 Hover over the popup so that an 'edit' icon appears;

👉 Click on the 'edit' icon and edit the QR code settings. 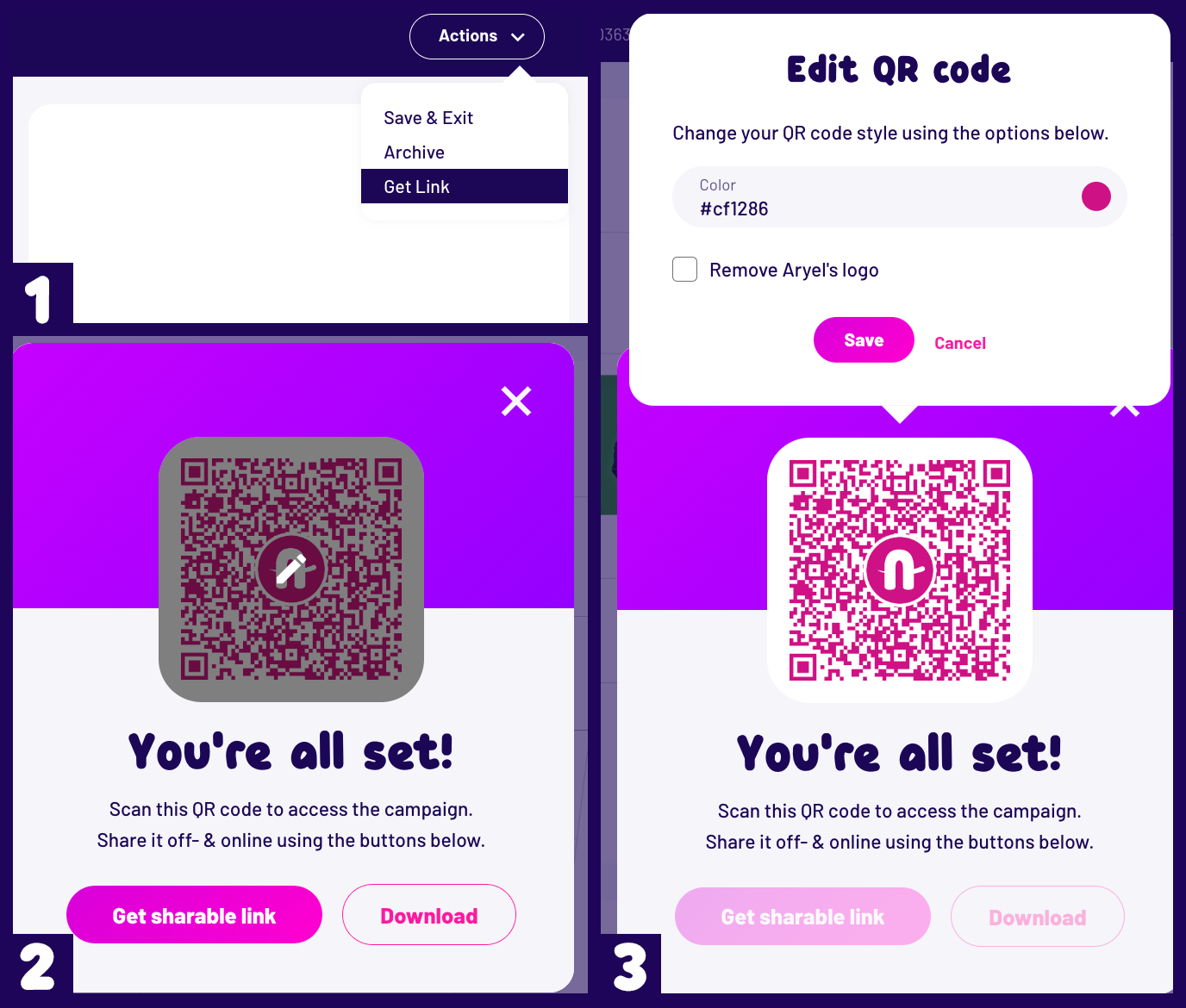