With the help of Zapier is it possible to connect awork with a lot of other applications - without having to write code yourself.

Written by Martin Tran
Updated over a week ago 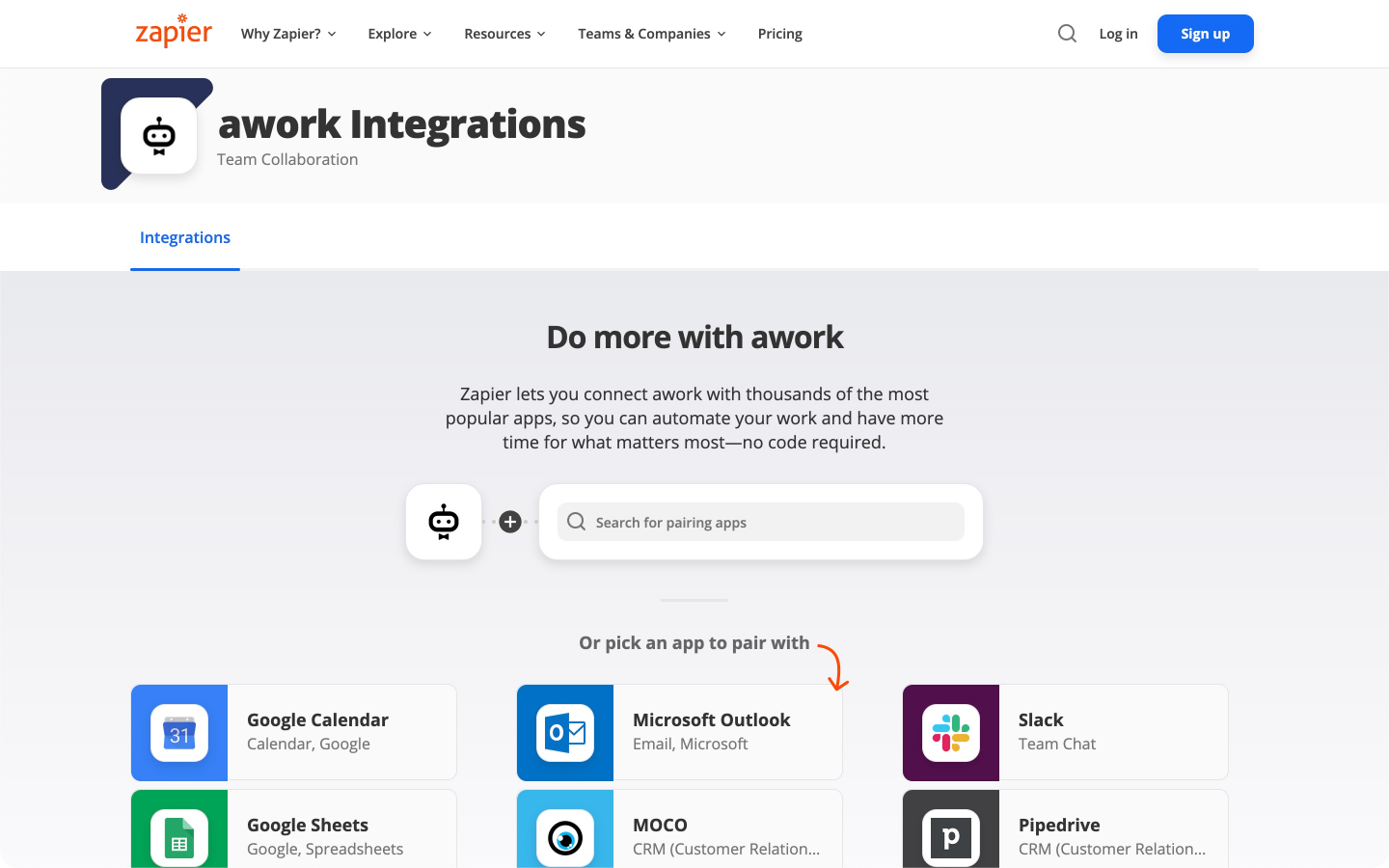 For this purpose there is a dedicated awork Zapier app [LINK TO AWORK ZAPIER APP] at Zapier. This offers pre-built triggers & actions. An action in Zapier is an action like creating a task in awork. A Trigger is a trigger in awork, such as creating a new time, which can then be intercepted by another app.

In the awork Zapier integration the following Triggers & Actions are available:

Create a "Zap" with Zapier

To create your first Zap (yes, that's what it's called), go to Settings > Integration, open the Integration Library and select Zapier.

Now you will be redirected to the Zapier homepage. Here is where you can select an app that you want to connect to awork.

You will be presented with a few possible options for your integration. You also have the possibility to select a trigger (awork or another app) yourself and the action in the other tool as well. If you click on Connect, you will get to the next step.

Now triggers and executed actions are summarized once again.

The selected settings have to be confirmed in several steps.

Set up Zapier via the awork Webhooks

If you want to transfer information from awork that we don't provide standardized in our Zapier app, you will have to use Zapier's webhooks integration. To do so, go to zapier.com and select Webhooks as the trigger.

Then select the option Catch Hook

Then the URL will be displayed. You have to enter this URL into a webhook in awork. We explain how to do that here.

Now you have to add a filter and specify the details that should trigger the zap, e.g. the task status. Now just continue as described above.