Roles on the move

Written by Bellhop
Updated over a week ago

Every Bellhop team has at least two members: the Pro and the Lead (or Captain) Pro. Go ahead, try to name a more iconic duo.

Labor only moves have at least two team members: the labor only Lead and the other pro(s). Full Service moves (moves with a truck) have even more team members: the Captain, the Driver, the Pro(s), and sometimes a Recruit. What's the difference between these movers?

Each role has specific obligations so that everything gets taken care of on the move. Payment for jobs can vary by market, depending on the cost of living in the area.

But here are the base rates associated with each role during a move by Market: 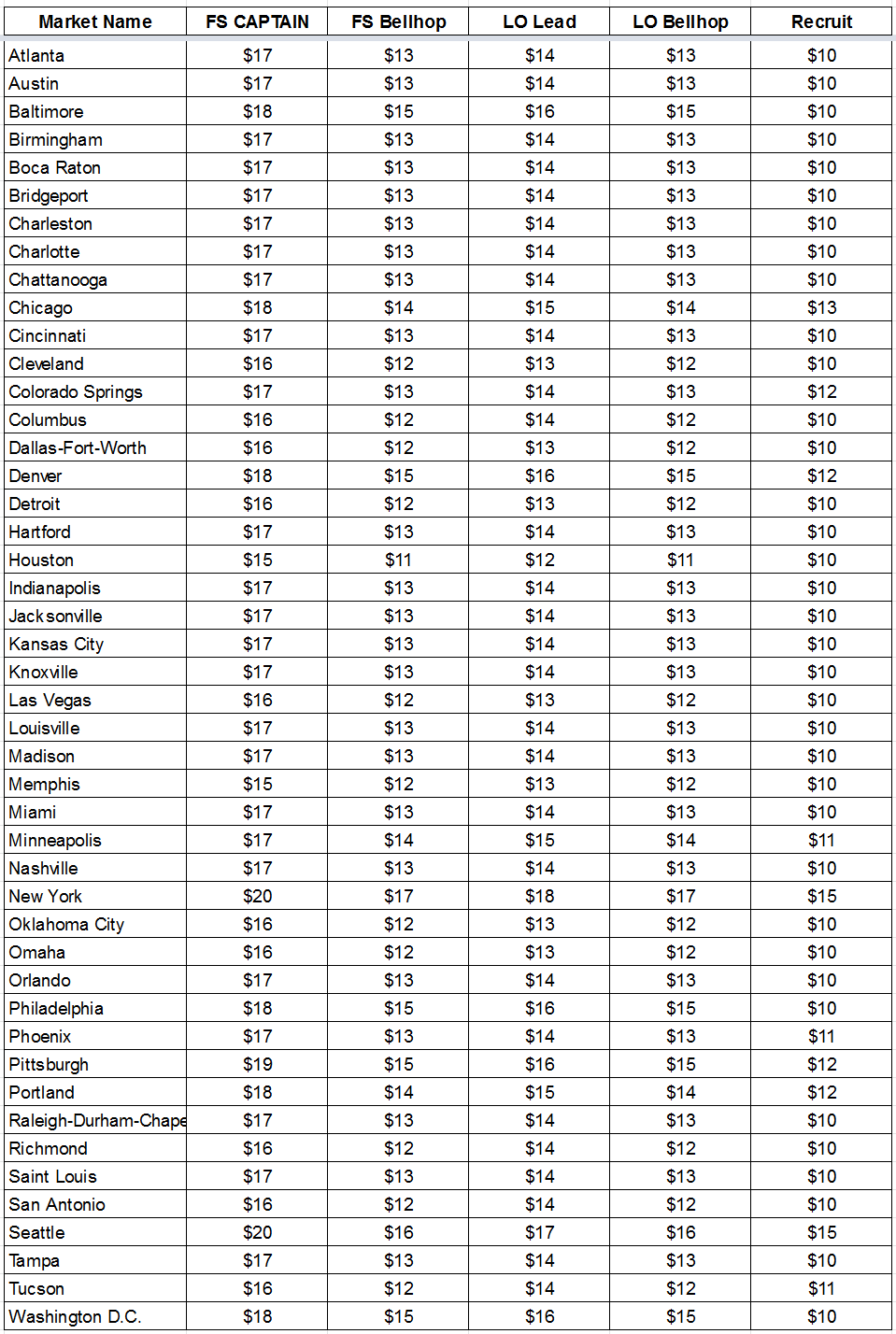