Why it's important to regularly update your app

Written by Eleanor Scouller
Updated over a week ago

Why is it important to be on the latest version of the app?

It’s very normal for an app to be regularly updated by its developers. These updates allow us to release improvements and fix bugs, so you’re always getting the best experience using the Birdie app.

When a new version of the app is released, it’s important to make the update as soon as possible. Using an older version can mean you’ll notice the system slow down or not work as well as it should. If you are having issues when using the app, it’s a good idea to update it. Often this will fix the problems you’re experiencing.

How do I know when a new version has been released?

You can set the Android and iOS app stores to auto-update your app. This ensures you’re always using the latest version, and means you don’t need to remember to do it.

On your iPhone, iPad or iPod touch, go to Settings > [your name] > iTunes & App Store. Then turn on App Updates.

Open the Google Play Store app > tap Menu > Settings > tap Auto-update apps > select an option: Over any network to update apps using either Wi-Fi or mobile data. Over Wi-Fi only to update apps only when connected to Wi-Fi.

For a quick and easy experience, it’s best to make updates to your app whilst on Wi-Fi, and we advise you to update the app when you’re not working.

How do I know what version I am using?

You can find out which version of the Birdie App you’re currently using by logging in and clicking on the profile icon. Scroll down beyond ‘Call support’ and you can see ‘Versions’. 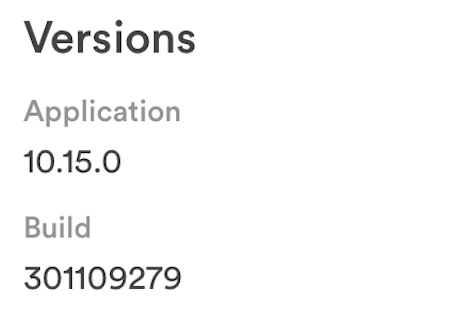 How often do you release new versions of the app?

We release new updates to the app every week, so it’s worth making a habit of checking it regularly.