All Collections
Charging your car
General info
What are the common connector standards?

What are the common connector standards?

Written by Eliot Makabu
Updated over a week ago

In order to charge you car successfully on a tethered* charging station, you need to find a matching connector standard or "plug type". The different connector standards can be recognised by the shape of the plug you insert into your car. In this article we talk about the most common standards found in Europe (and the UK 😉 ). 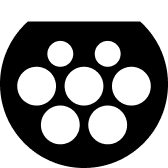 The Type 2 or Mennekes standard (officially IEC 62196 Type 2) was designed in Europe and became the most popular connector standard in the region throughout the second half of the 2010s. It is used for AC charging and therefore is designed to operate at a charging power between 3 and 50kW. Tesla use a modified Type 2 plug for their superchargers in Europe that is capable of going all the way to 150kW but these modified Type 2 plugs can't be used by non-Tesla owners unfortunately. 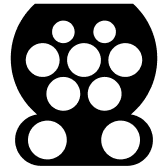 By adding 2 DC cables to the popular Type 2 (or Type 1) connector, car makers came up with the CCS plug. Because it it built on top of the Type 2 plug and technology, cars will often have a CCS socket in their car that can be used with both Type 2 and CCS cables. CCS uses DC charging and virtually has no limit to the charging power that it can deliver (even though you won't find anything above 350kW as that would be excessive). 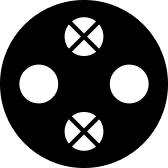 You've probably heard that word somewhere along your EV journey and wondered wha it means. We're here to answer that question!

The CHAdeMO plug standard originates from Japan, which is why it is most commonly found in Japanese cars (Nissan, Honda, Hyundai,...). It is used with DC charging and is usually available on rapid chargers. 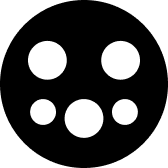 This standard is more rare in Europe but it's still good to mention it. The Type 1 or "J Plug" (officially IEC 62196 Type 1 or SAE J1772) is a North American standard that is used in a really similar fashion as the Type 2 plug. It is also used for AC charging.