The tags system in Cerebro is a universal approach to flexible information management associated with your tasks on the project. As mentioned, in Cerebro each task is connected to a certain dataset - its properties (name, creation time, progress, etc.). Using tags you can create additional data fields for a more complex task definition. 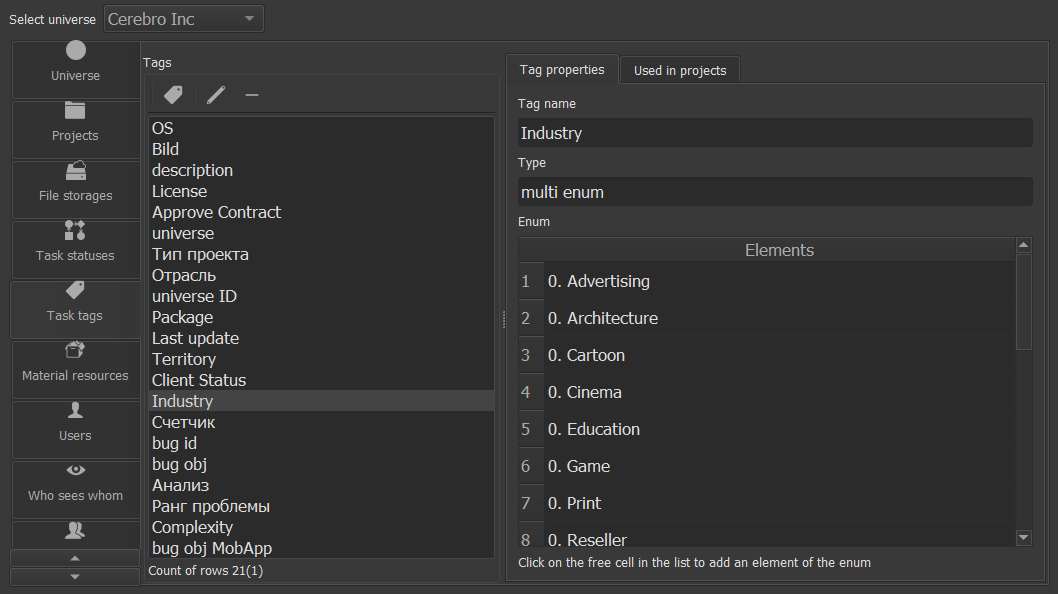 On the left side of the tab there is a list of existing tags in your universe and the right side of the tab displays the properties of the selected tag from the list. When creating a new tag (New Tag button in the Task Tags tab), you should specify its name, type, and then, in case of enumerated types (see below), fill in the list of possible values.