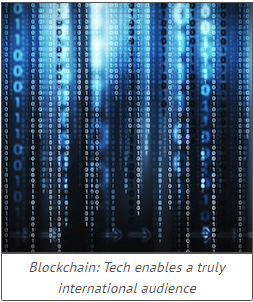 The march of blockchain-backed property transactions into territory occupied by traditional conveyancers accelerated last week when a high-value commercial building went on the market with online execution offered by a digital platform.

With an instant digital contract created by a single mouse click, recorded on supposedly tamper-proof distributed ledger technology, this method of transacting property is being touted as the direction of travel for conveyancing, led by the proptech industry.

Despite HM Land Registry apparently taking a long view on transforming the transfer of property ownership after completing its own blockchain trial, the sale of prime central London real estate does seem to represent an incursion of online conveyancing into a lucrative commercial property marketplace.

Clicktopurchase, the company whose platform is being used to effect the Mayfair transaction, has so far assisted in the sale of £225m worth of property.

The platform exchanges digital contracts and stores them on its own publicly viewable blockchain register. Key legal documents relating to the property can be accessed by potential purchasers online.

At £23m, the asking price of the latest property is almost five times more than the platform’s previous record transaction of £5m, according to Clicktopurchase chief executive Neil Singer.

He told Legal Futures: “This is a new market, with the tech enabling a true international audience.”

He added: “A buyer’s lawyer can also review. When someone steps forward, anyone can make the legal offer for the buyer.

“The selling agent could accept for the client, creating an instant [digital] contract.”

Currently, while each stage of a transaction can be recorded on a blockchain ledger and contracts signed digitally, the purchase still has to be registered manually with HM Land Registry after completion.

A worldwide trial involving international law firms and banks successfully trialled end-to-end blockchain-backed conveyancing earlier this year, finding that the time taken to transact properties could be cut from months to weeks.