Running digital ads is hard, it is tricky to figure out what ads will perform the best. That's why I've put together some tips and tricks with some help from our friends at Tech for Campaigns and FWIW who research the efficacy of ads to bring you the most up to date advice!

Remember you are creating these ads on Facebook so be sure to focus on content that does well already on Facebook. Try things like photos and videos, articles, or campaign updates that people usually engage with on social media. 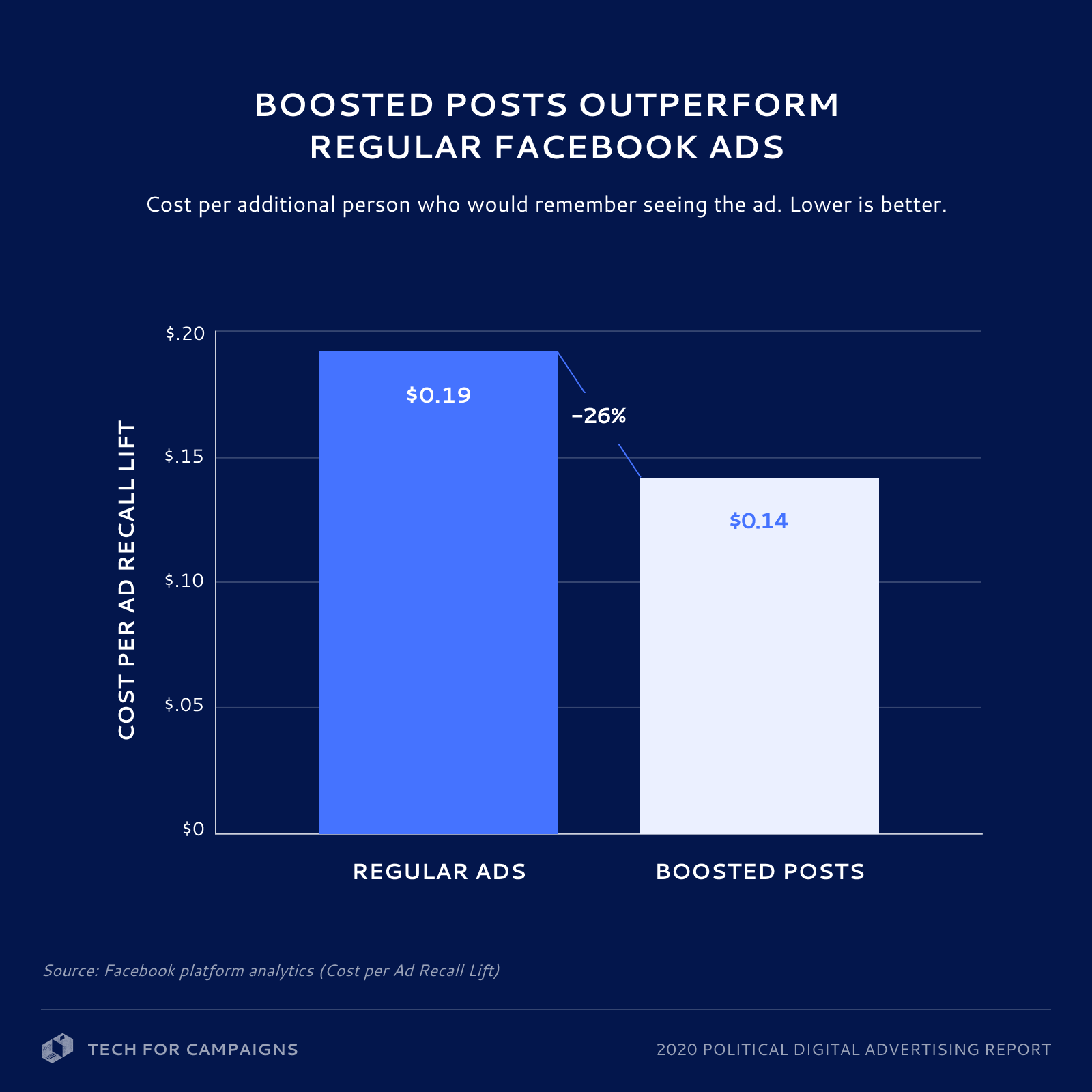 One example is to boost positive news coverage to your audience. Tim Ryan's campaign for senate used Deck to boost existing media about his campaign to a persuasion audience. 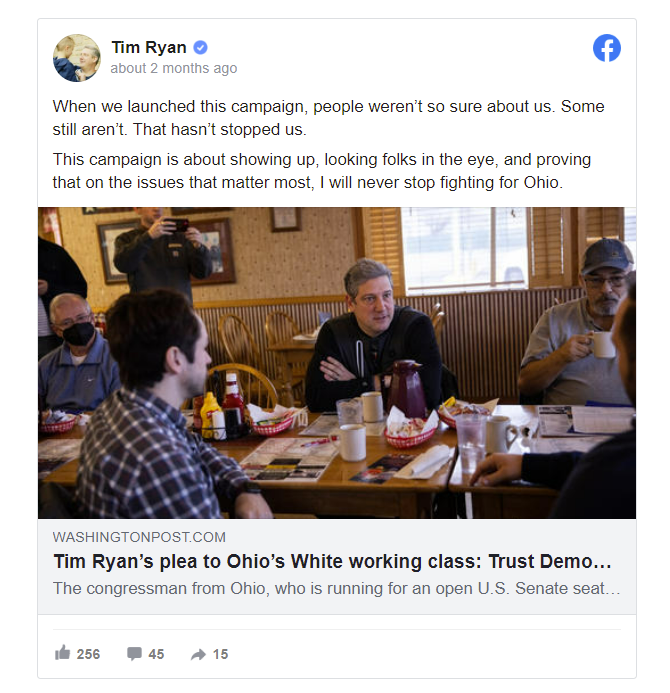 Political spenders of all kinds regularly find that vertical videos outperform more traditional content. TikTok, Instagram reels, and Facebook stories have all popularized the vertical video. These apps are making changes to their internal algorithms to prioritize vertical videos.

FWIW found that Stacey Abrams’ average Reel garners around 140,000 views, while her average videos posted in-feed earn around 27,000 views. That trend tracks for nearly every other candidate they looked at. Tech For Campaigns also founds that more authentic ads perform better. For example, selfie videos where a candidate speaks directly to the camera without post-production editing have a 13% to 40% lower cost per click.

Jennifer Kitchen's campaign for the Virginia House of Delegates used Deck to boost vertical videos and selfie style content about key issues her campaign supported. These more authentic ads outperformed her other text based posts. 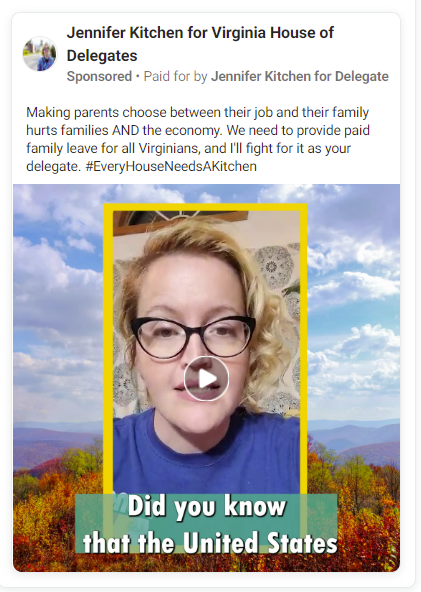 When creating ads for Facebook think about the content you usually see and engage with on your personal Facebook page. On my Facebook page I usually see news articles and pictures and videos from friends. When creating ads try and recreate the organic content that you know from personal experience performs well on Facebook. Big political campaigns have the budget to make slick and well produced digital ad videos, but without that sort of budget your campaign can rely on authenticity. Try ads like photos of your candidate or volunteers interacting with voters or out canvassing. Think about your message and what photos, videos, or articles can show your voters your campaigns values. 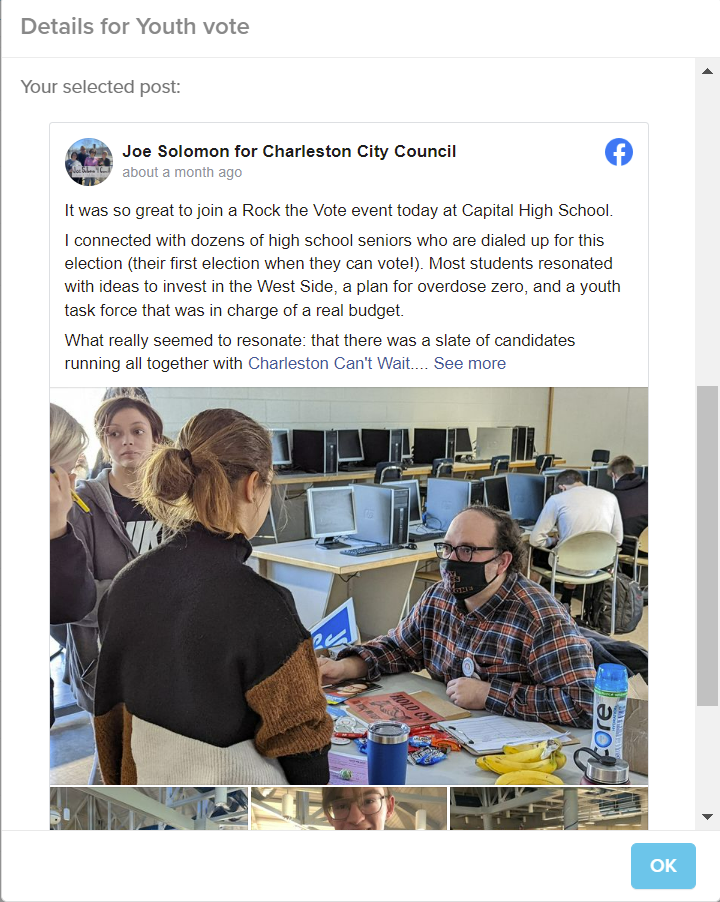 Joe Solomon, a candidate for city council boosted this post of him talking to local high schoolers about the issues that matter. He specifically targeted this to an audience of young voters as well.

It may be tempting to run many ads with a smaller budget to the same audience, but you'll reach more people by spending more on one ad. Deck recommends a budget for each ad based on your objective and audience size. The Facebook ad algorithm rewards ad spenders that spend more meaning that spending the same amount of money on one ad will get better results than breaking up that budget into multiple smaller ads. 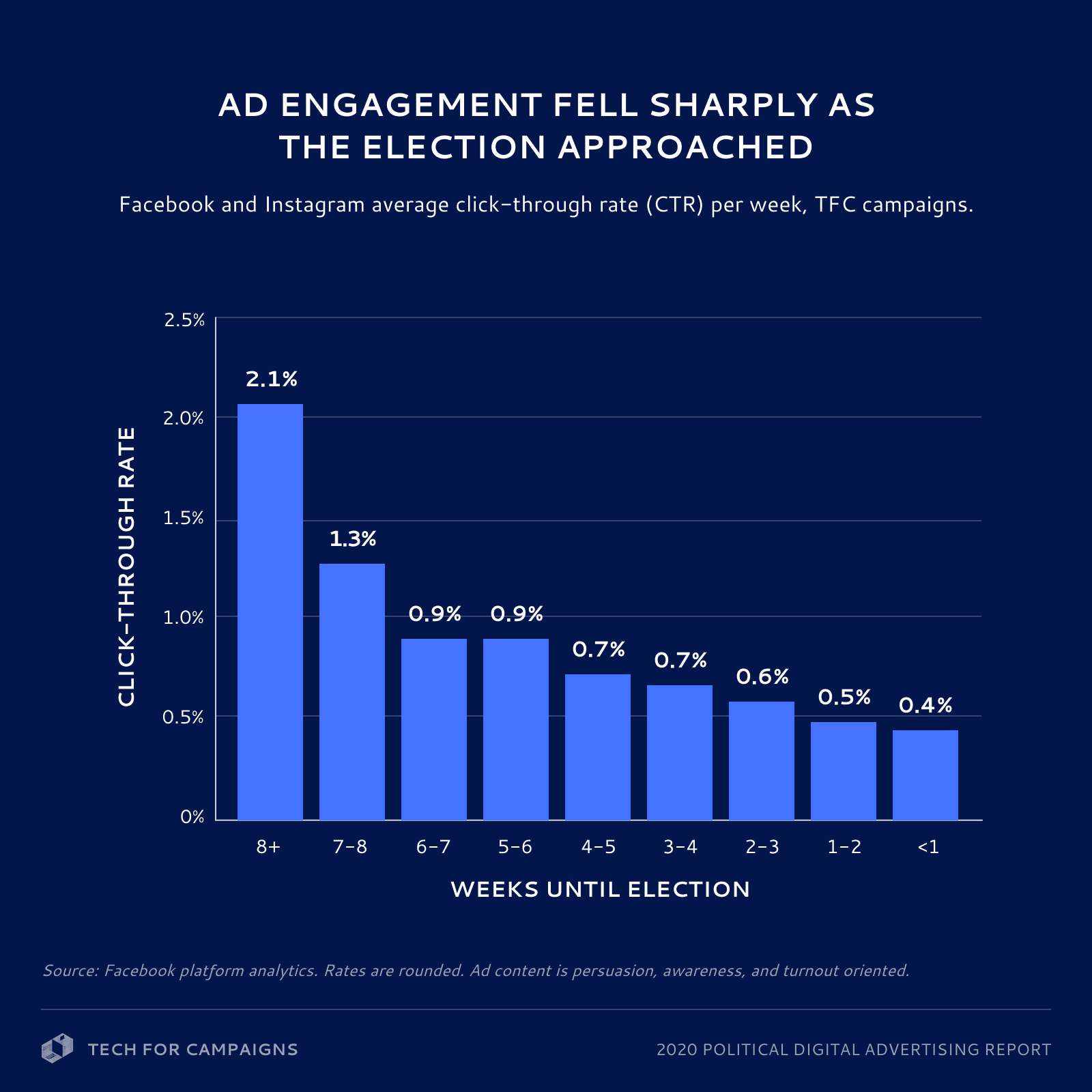