All Collections
About Triggers
What kind of data does an event provide?

What kind of data does an event provide?

When working with events, you can see the data available for use when selecting an event type in the trigger editor dialog.

The information inside the payload varies depending on the event types: An Autobots > Entry added event, for example, contains extra information about the ID of the entry that was added, the example inputs, etc; a Run configuration > Execution complete event will contain information on the robot that owns the execution that was completed, as well as the data contained in the resulting rows.

You can see the data available for the event type of your choice on the left-hand side of the trigger editor dialog - the variables available and their type are listed.

Some data is always available in the payload irrespective of the event type selected: 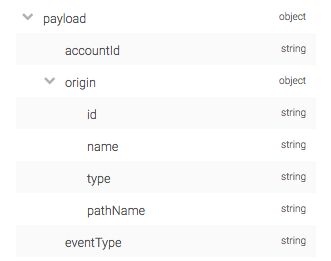 Some of the data available for use depends on the object for which the triggers are being configured. For example, for data set, dictionary entry and robot execution events, the rows object will contain the variables in the structure of the origin object.

In the following example, a rows added event is being added to a data set object. The payload variables available in the rows object reflect the variables of the data set itself. 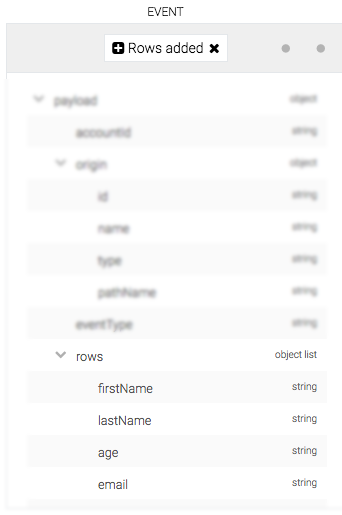