All Collections
About Robots
About Pipes
Pipes Robot Settings

Written by Morten Franck
Updated over a week ago

Pipes robots are the Swiss-army knives of Dexi: they can do pretty much anything. However, with great flexibility comes the potential for great confusion 😀

For an introduction to Pipes robots, head on over to Pipes.

This article covers a couple of advanced settings of Pipes robots.

To execute another robot in a Pipes robot use the "Execute robot" action: 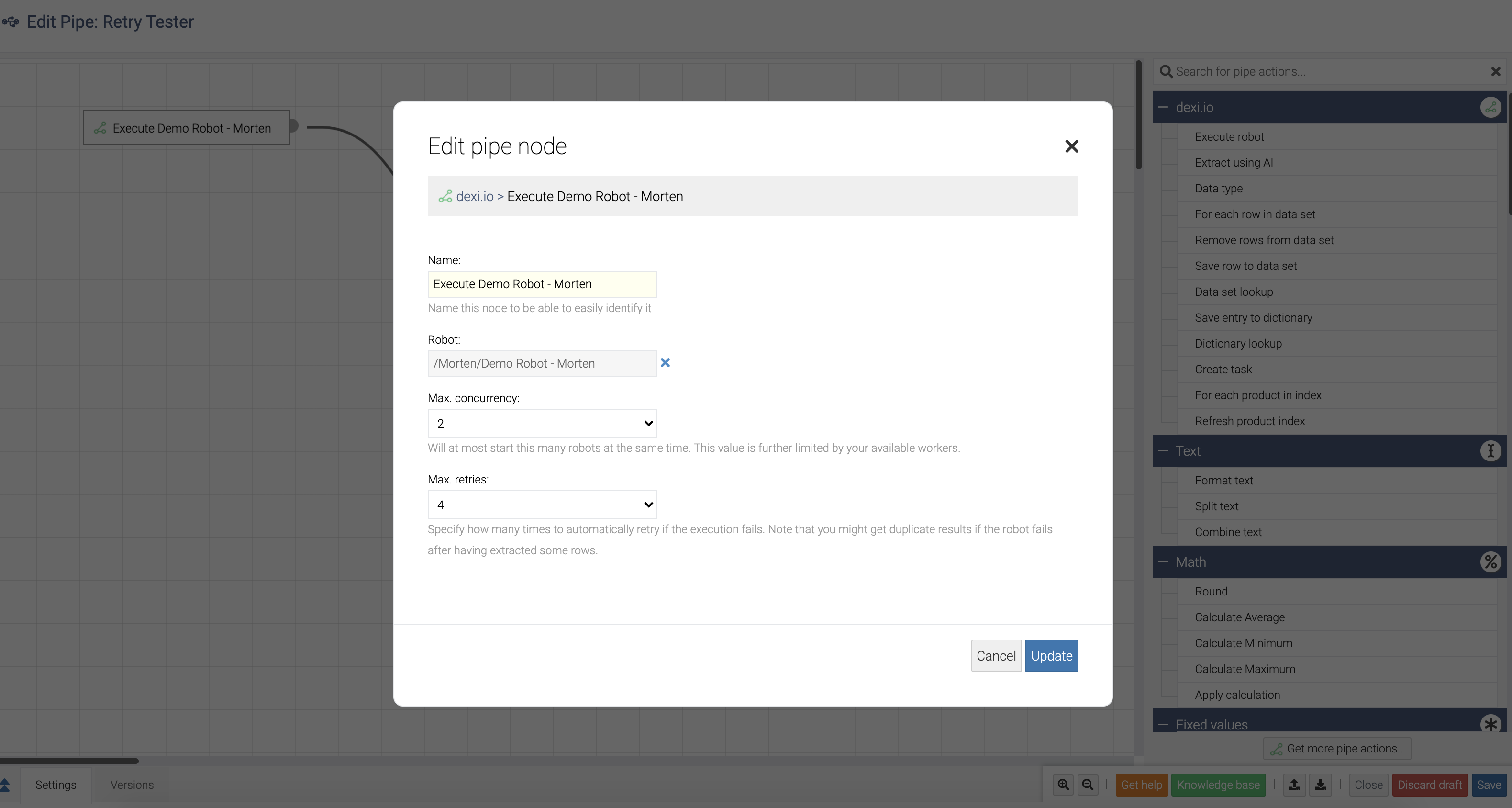 Two other important settings, maximum number of retries and maximum concurrency, should be controlled from the "Execute robot" action as shown in the screenshot above. More on this below.

To read more about retries, see section "About Retries" on How can I create a run?.

From the "Robot Settings" tab of your account settings, you can control how many workers can be used for each robot type, e.g. for Pipes: 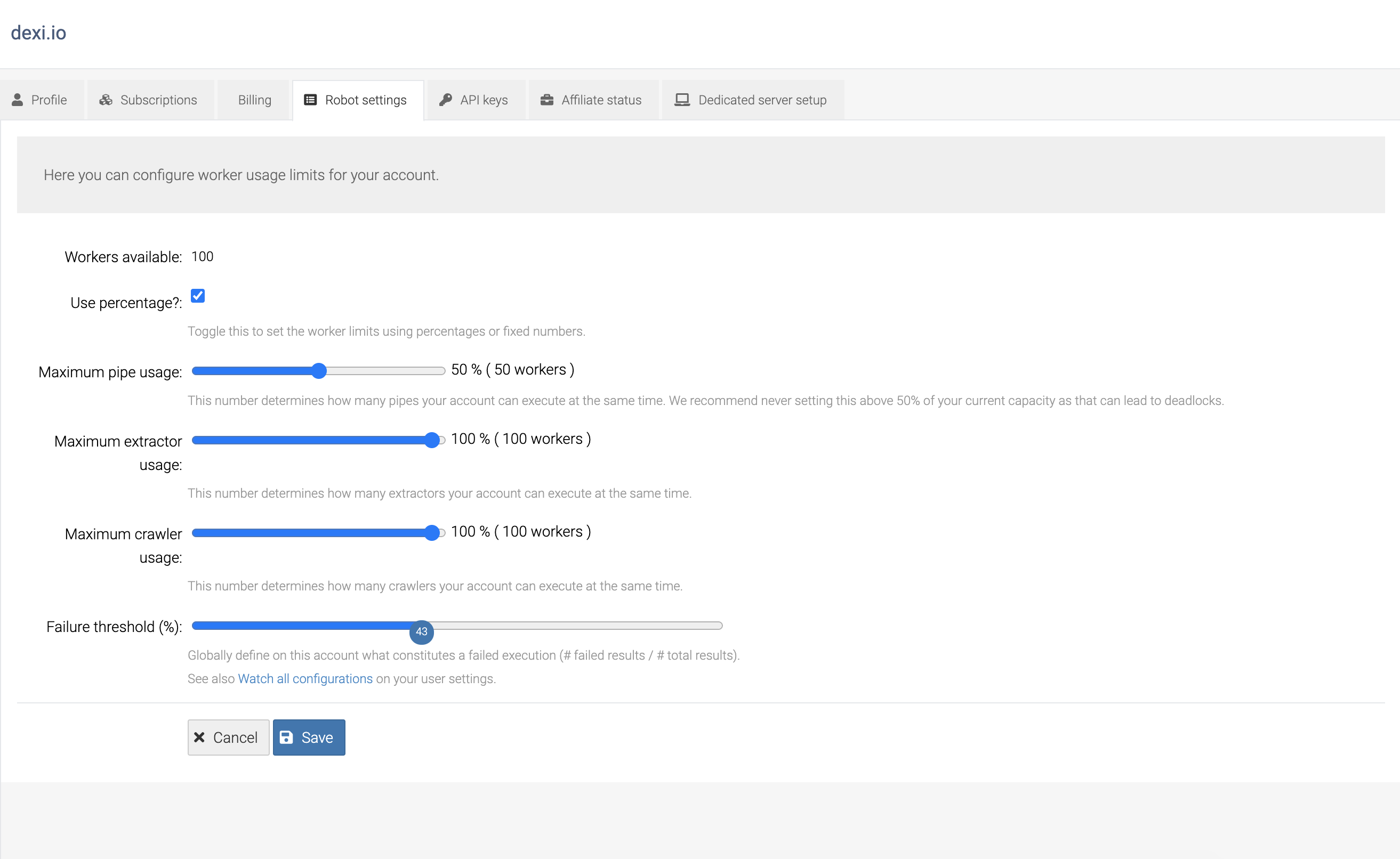 The default is 50% for Pipes. The motivation for this limit is that your account needs free workers to be able to execute Extractor robots from a Pipes robot.

If you use up all workers for running Pipes robots, e.g. a Pipes robots with multiple inputs, Dexi won't be able to execute any other robots simultaneously, including robots executed by the Pipes robot. This could result in a deadlock where no executions are running, ie. seemingly are stuck.

So while it may be ok for some accounts to increase the limit for Pipes to, say, 70%-80%, we advise against it to ensure that there is always enough worker capacity.