Written by Egi Messito
Updated over a week ago

From midnight on the 6th of December all everup users who have opened a cash account will be able to open a Debit Card account.

This will entitle cash account users to choose between the Plus or Premium plans and be issued with a virtual VISA debit card.

The everup Debit Card is bound to our Debit Card Terms of Service available here.

The everup Debit Card is linked to several games, namely Lisbon, Tokyo and Paris. Each game features its own odds-based prizes, including tech gadgets.

Starting from Wednesday 14th of December 2022 and for the next 3 weeks, everup will run a competition offering the prizes below: 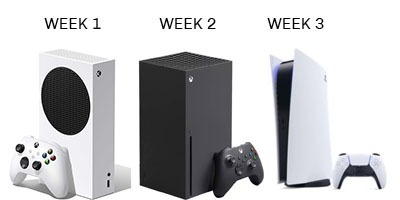 To enter, you just need to use the debit card to make any transaction over £2 that week. The winner will be selected from among all the qualifying transactions.

How we’ll select the winners

Every everup Debit Card transaction comes with an explicit order-ID made up of 7 numbers, which can be viewed in the transaction history list directly in the App.

Each Thursday, 8 numbers are drawn by our independent partner PIMS-SCA. These numbers are used to determine the winners in the £1M Lotto Thursday competition.

From the 15th of December, customers who use our debit card will receive one entry into our weekly Christmas and New Year draws per transaction. So for instance, if you make 5 transactions, you get 5 entries that week. Each entry will be recorded according to the unique 7 digit order-ID for the transaction.

Every Thursday, all entries (order-ID) from all qualifying transactions will be compared with the £1M Lotto winning numbers. The entry with the highest number of matching numbers (same Million Lotto matching logic) will be awarded one of the weekly prizes (seen above).

In cases where more than one transaction has the same number of matching numbers, the transaction with the greatest amount spent will win.

In cases where two or more transactions have the same amount of matching numbers and an equal value of transaction, then the earlier transaction will be the winner.