All Collections
Creating Games
Create your game in Gamoteca

Create your game in Gamoteca

Everything you need to know to create your game in Gamoteca

We've created this 'Getting started' guide to help you create your learning game in Gamoteca. Before you actually start creating your game, it is good that you know who you are building the game for and what it is going to show. If you don't have a solid idea yet and you just want to get started, it is also fine. You can always modify your existing games very easily.

To create a game, simply go to the main page of Gamoteca and click on the '+New Design' button. 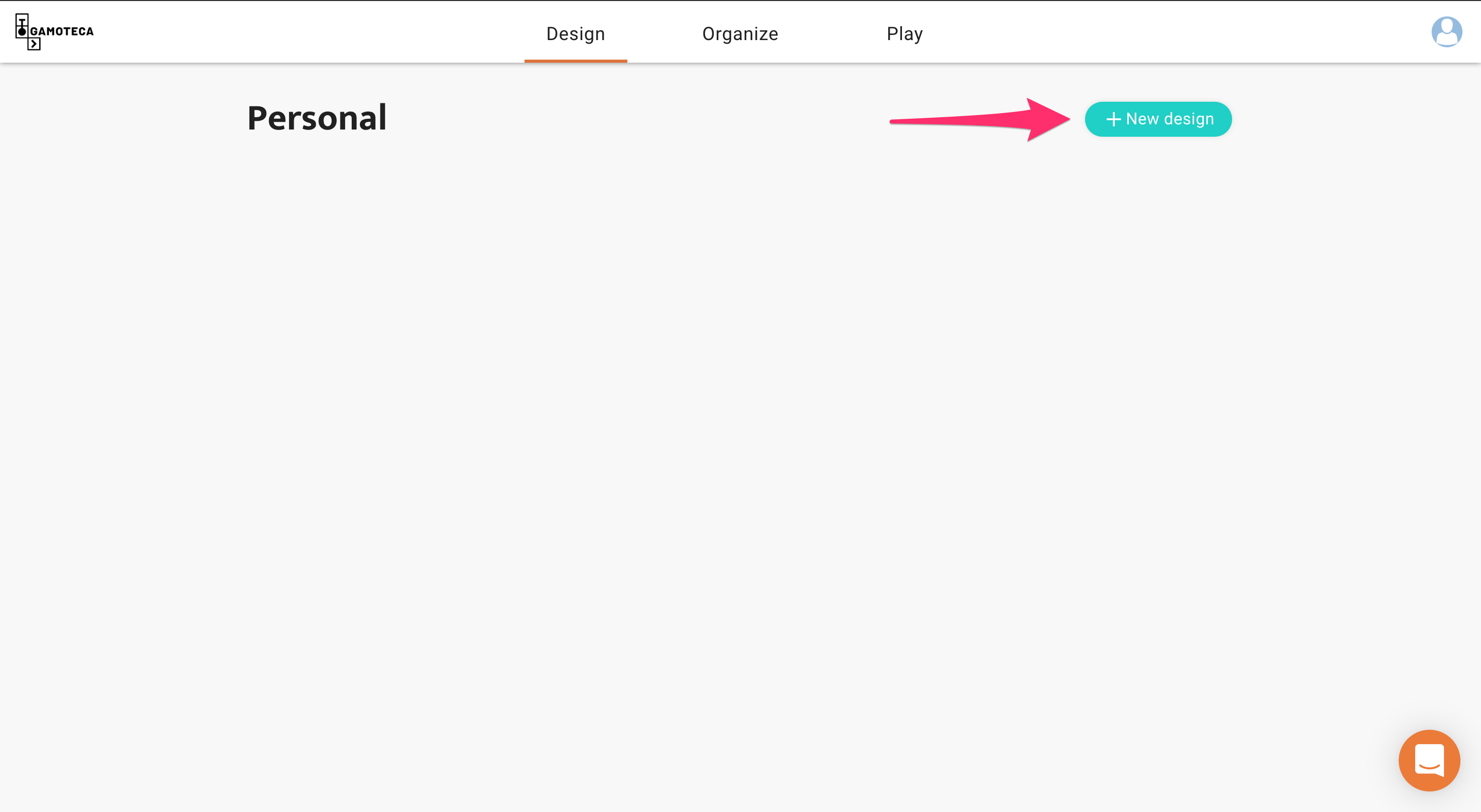 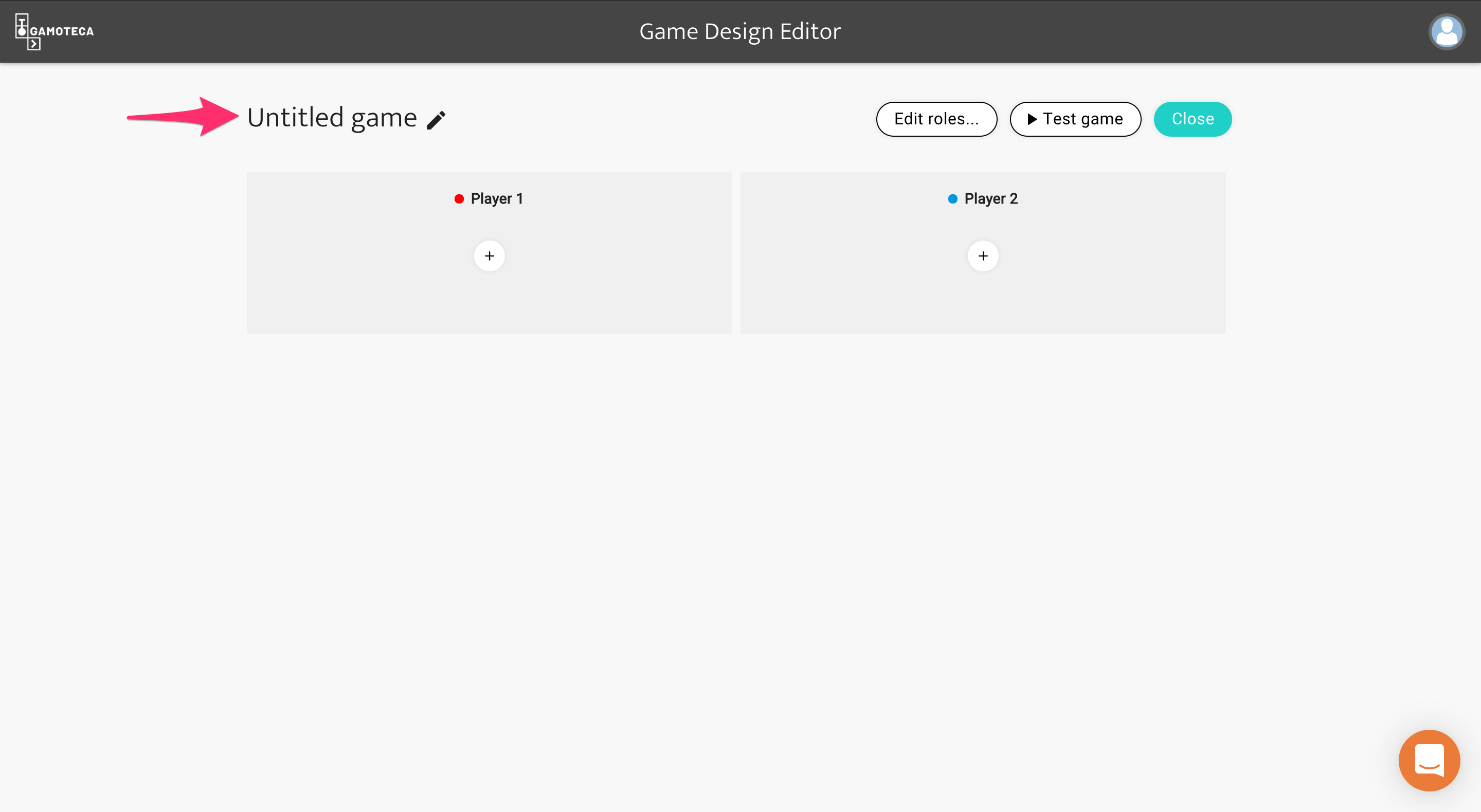 All new games will get a default title: 'Untitled game'. If you wish to change the title of your game, then click on the pencil icon next to the title.

2.  Define roles
All new games are created with two default roles: 'Player 1' and 'Player 2'. You can define your own roles by clicking on the 'Edit Roles' button. 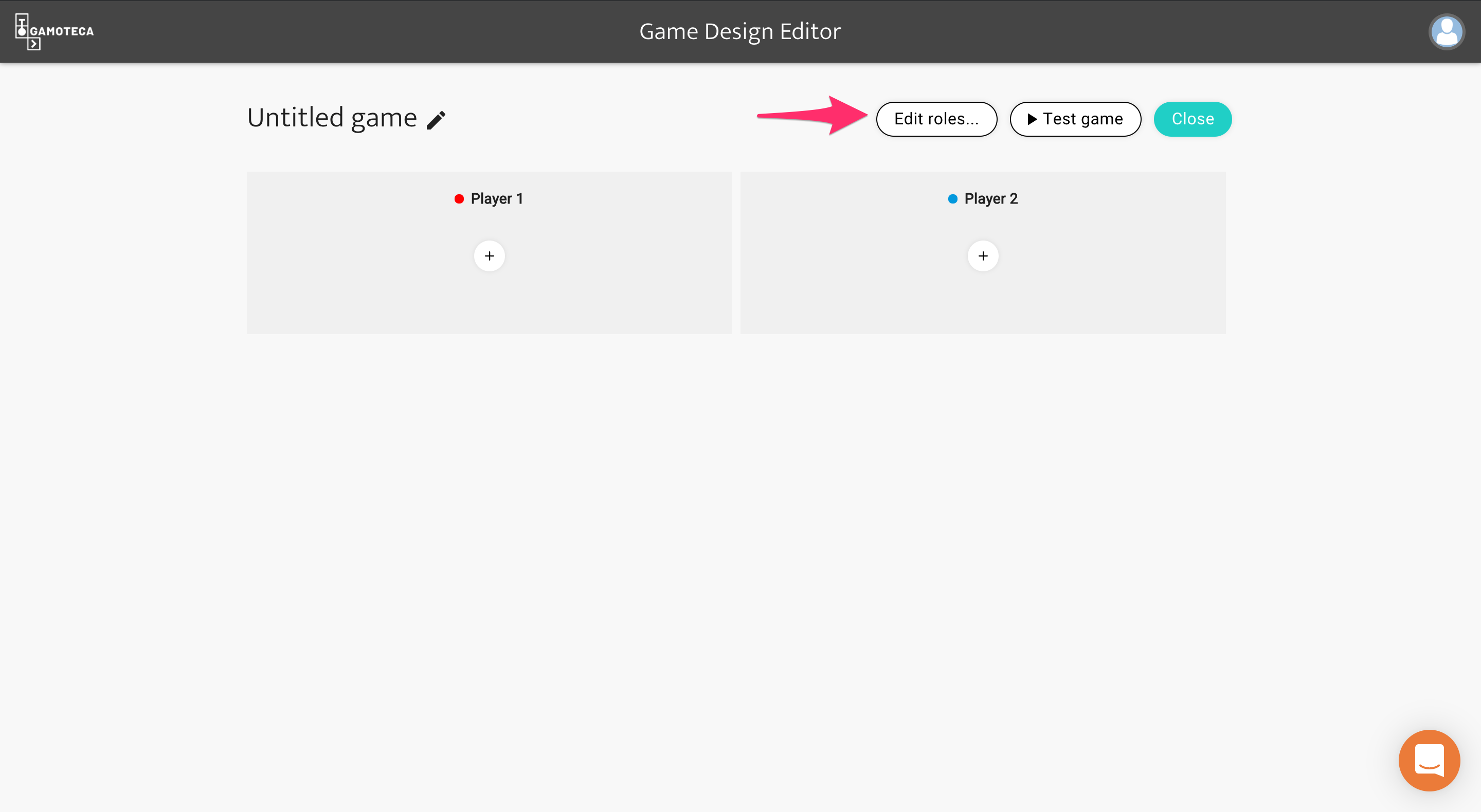 You can change the title and colour of existing roles and you can add or delete roles. If you wish to create a single-player game, then leave only one role.

For each game a built-in role of a Facilitator can be added. The role is responsible for the facilitation of the game when it is being played. 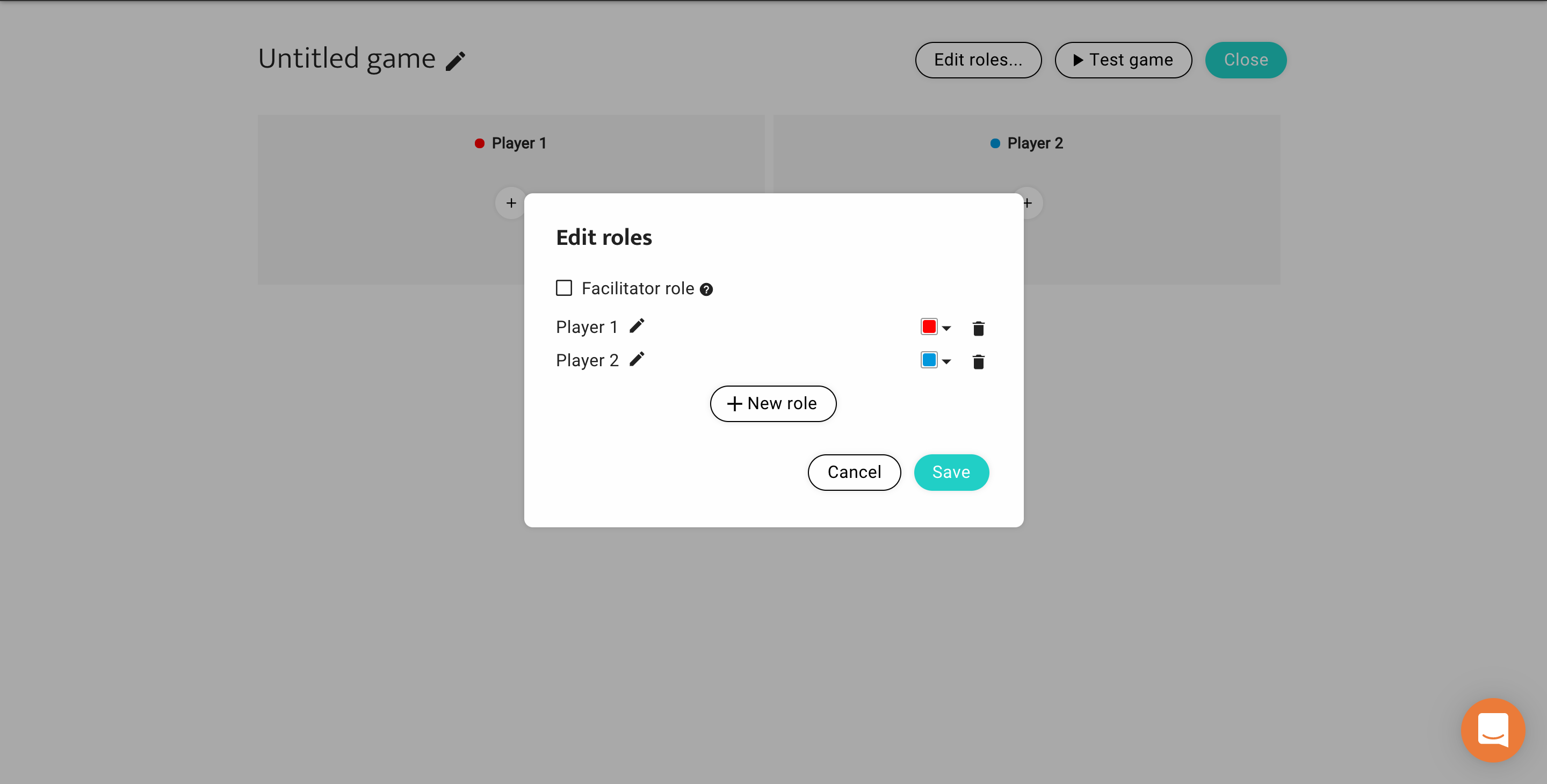 3. Add screens
In Gamoteca games are defined by a flow of screens that can be connected together. You can define screens for each user separately. To add a new screen, click on the '+' icon below the title of a role. 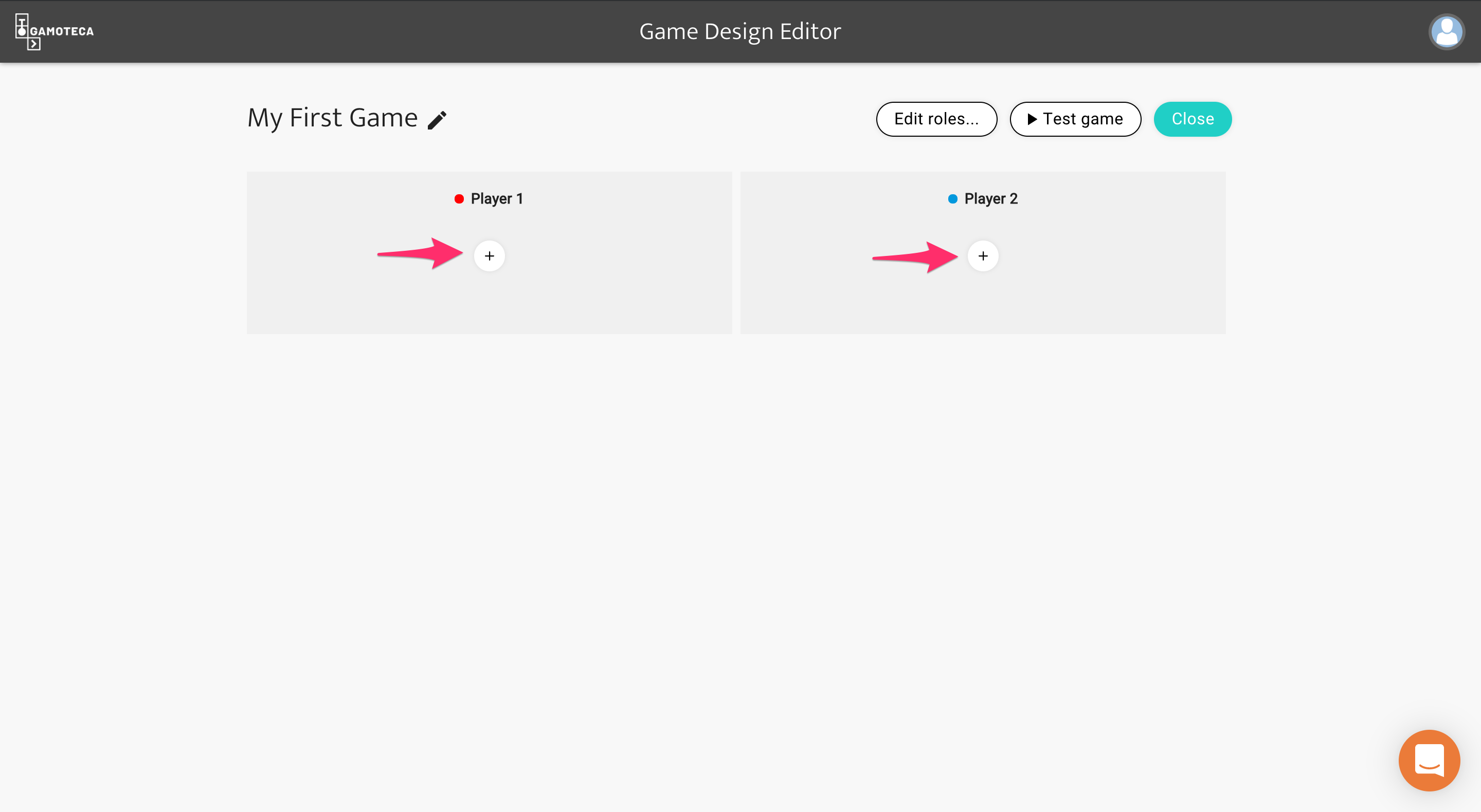 The screen editor opens up. Here you can define the content of each screen. 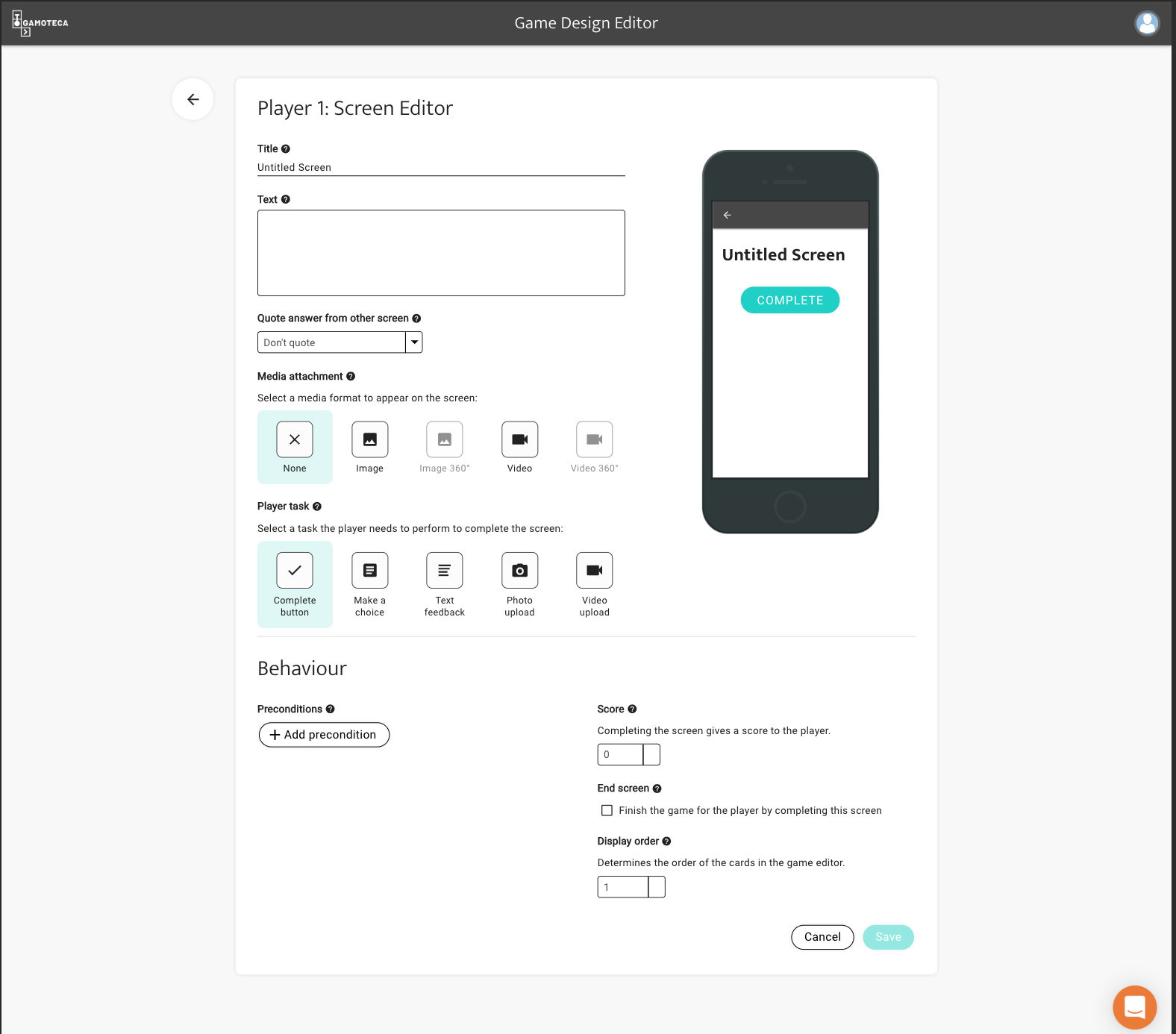 Each screen has different components:

Connecting the screens defines the flow of the gameplay. In Gamoteca, you can define the precondition of each individual screen. Preconditions determine which screens need to be completed before showing the current screen you are working on. Preconditions can also be across roles.

To set preconditions for a screen, create a new screen or click on the card of an existing screen in the game designer. 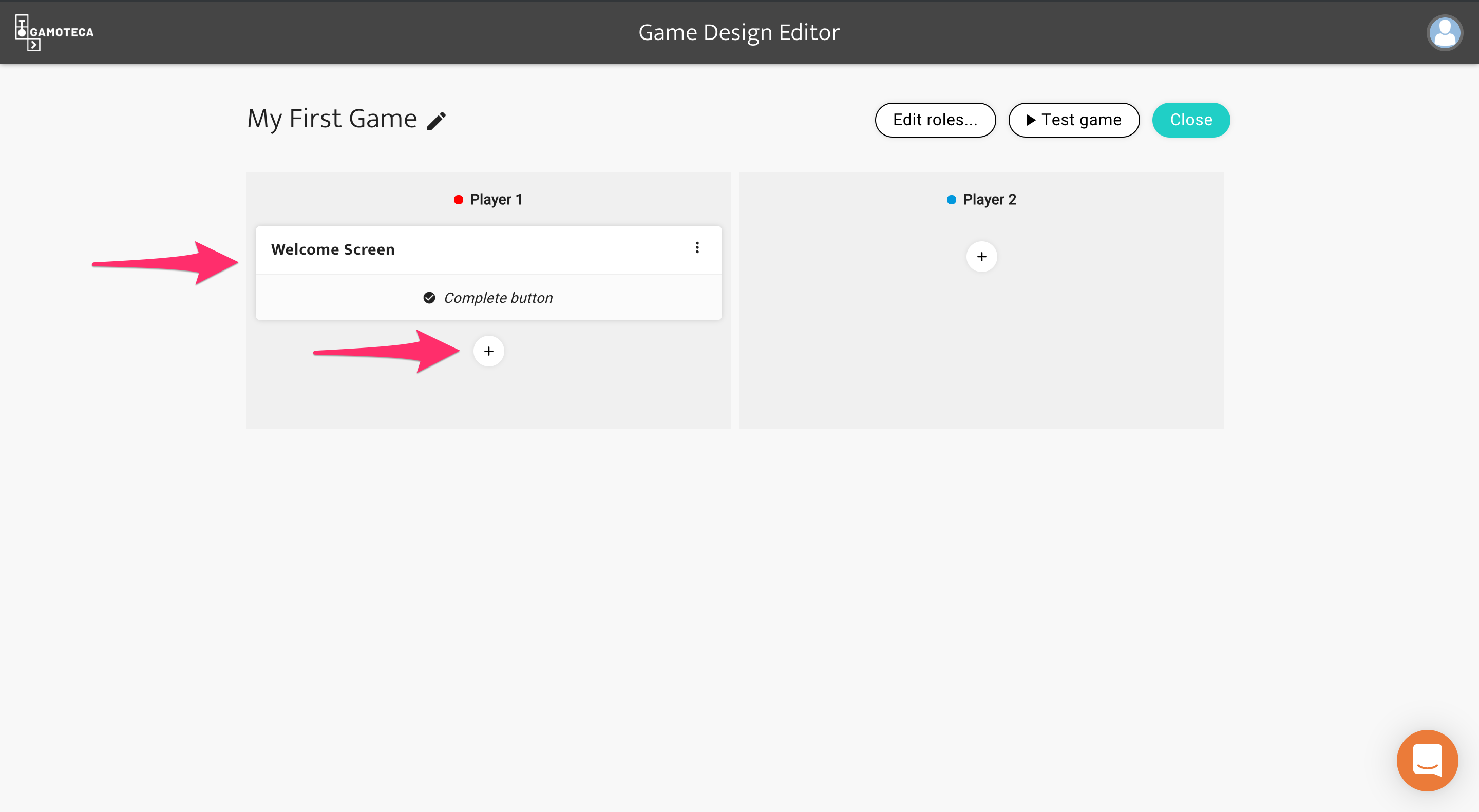 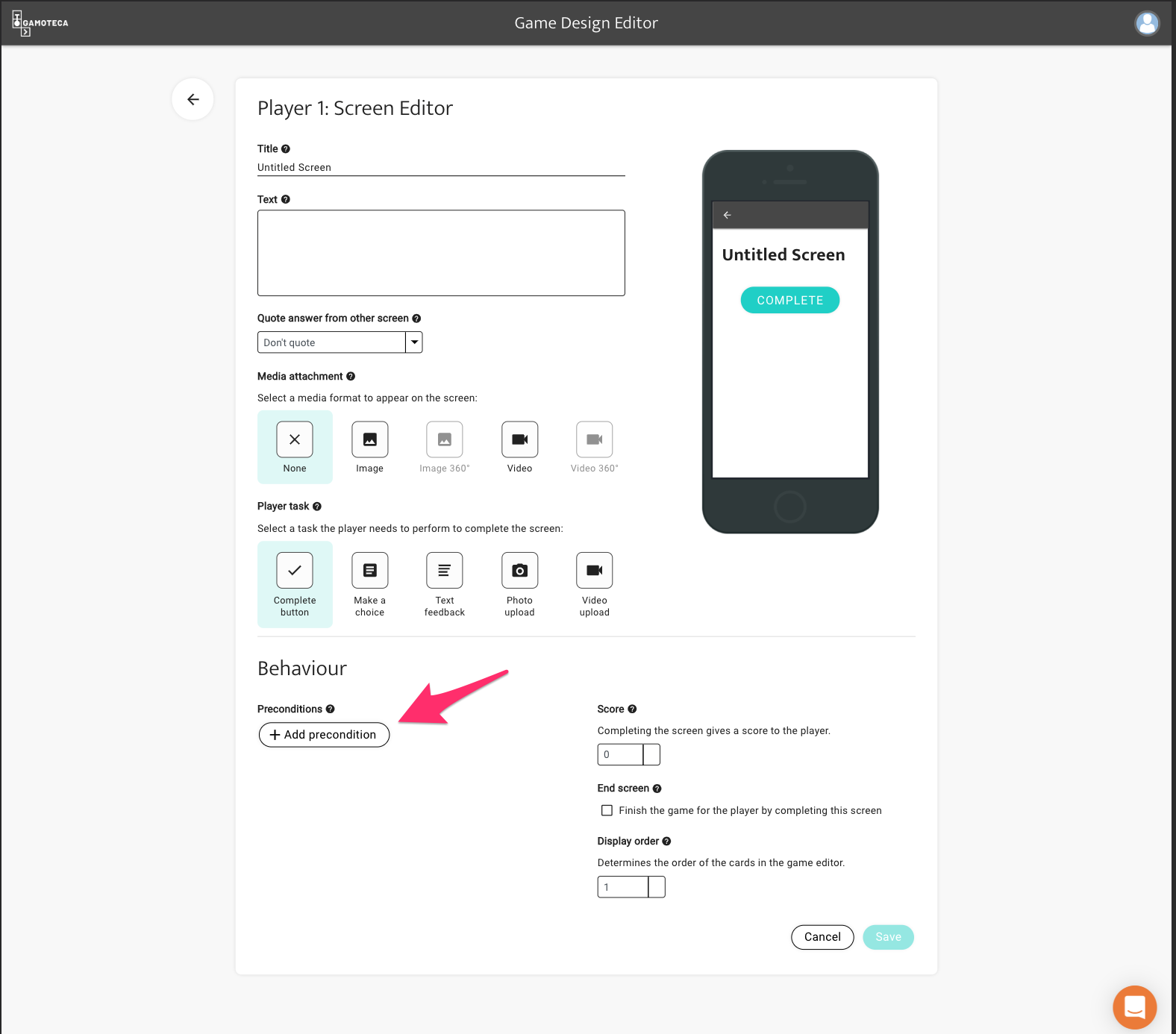 Then you can select the screen of a certain player that has to be completed before this screen will show up. In case of screens which contain multiple choice questions, you can also define which answer the player has chosen on that screen.
It is possible to select more than one screen as precondition. In such a case you will see an AND/OR option. The AND relation means that all selected preconditions (screens) must be completed before showing the screen to the current player. The OR condition means that one of the  selected preconditions (screens) is enough to be completed to do so.
If you quote an answer from a previous screen, you should set it as a precondition as well, otherwise an empty answer will be shown.

6. Test your screens.
Once in a while you want to test how the game looks when played by the different players (roles) of your game. To test your game right in the game editor, you simply have to press the 'Test game' button. Please note that this view is for testing the overall look and the flow of your game. If you want to try out your game on mobile devices, you'll need to publish your game first (see below).

Once you pressed the button, the preview screens for each role will appear. You can go through the game as players would do - you can even submit images and record videos.

7. Publish and play
Once you are satisfied with the content of your game, you can publish your game. Publishing means that your game gets a special url link with which people can play your game. You can send your game link to anybody for example in email, messenger or add it to your website as an html link.

To know more about how to publishing and play your games, see: