Know more about the history and its functions

Written by Patricia Lopes Ribeiro
Updated over a week ago

The history of a pipelines’ version is the list of every minor version a pipeline has had.

The history is created and enabled when a pipeline has more than one minor version.

The versions are then grouped and available inside the pipeline’s history.

On the menu BUILD, find the pipeline you want to inspect and click on the History button to see all its previous minor versions. 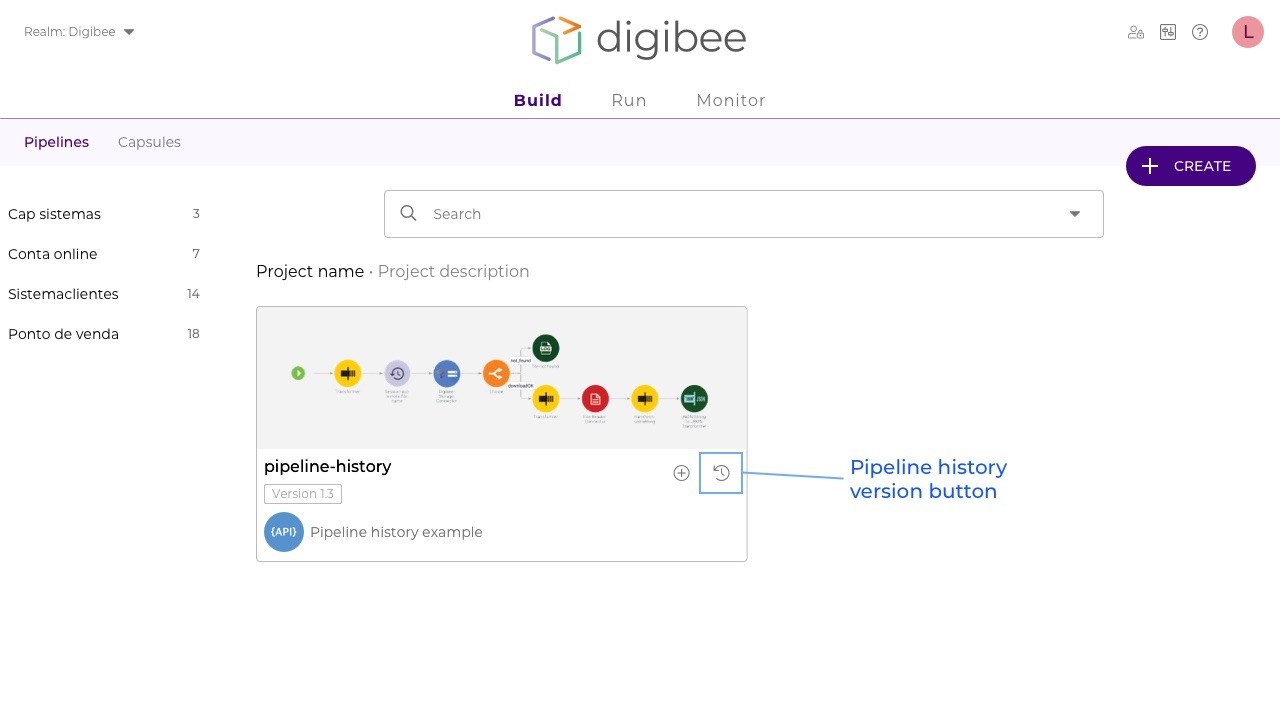 The history lists all the versions of a pipeline, including the archived ones, and enables the following actions:

2. Archive and Restore a version

3. Canvas visualization of each version

4. Read the settings of each component in a version.

How to access each of the actions in the history

From the history of a pipeline, it’s possible to create a copy of a minor version of the chosen version.

Important: by clicking on the button to create a new minor version, this new version will be the latest version of your pipeline.

Imagine a pipeline has 4 versions like the one below: 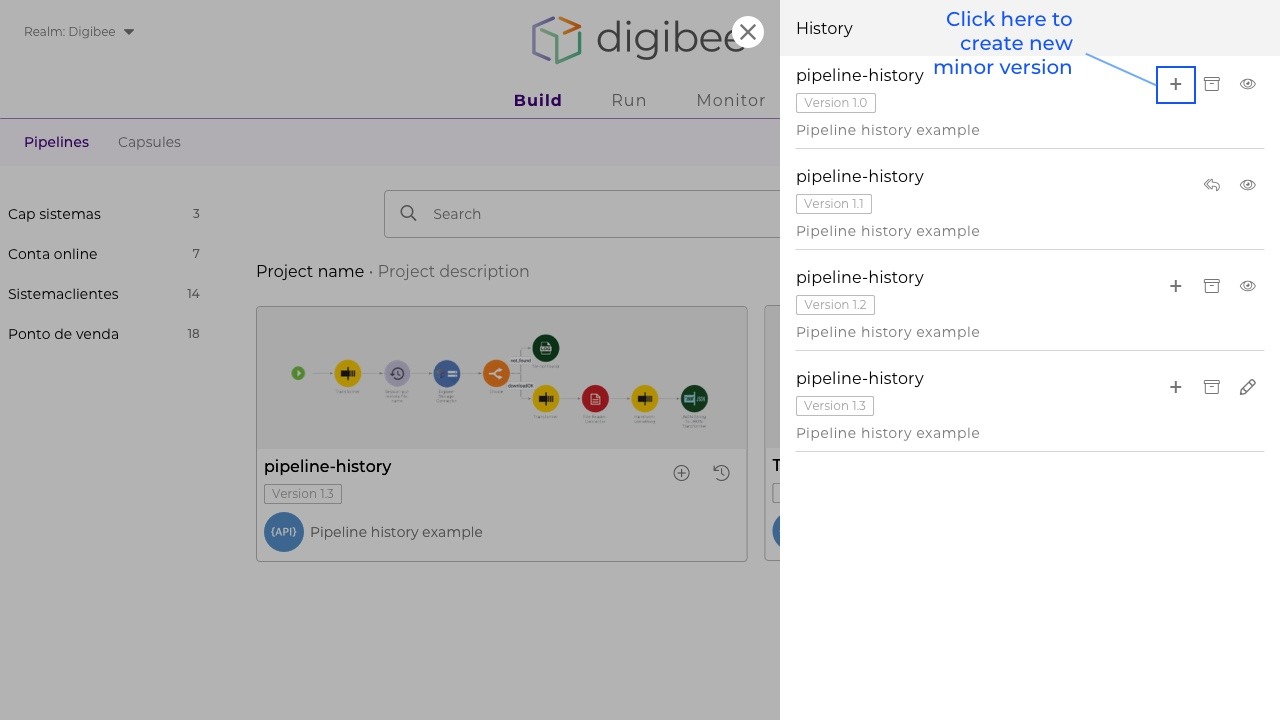 By creating the 1.4 version, it will be the newest and latest version in use of this pipeline. 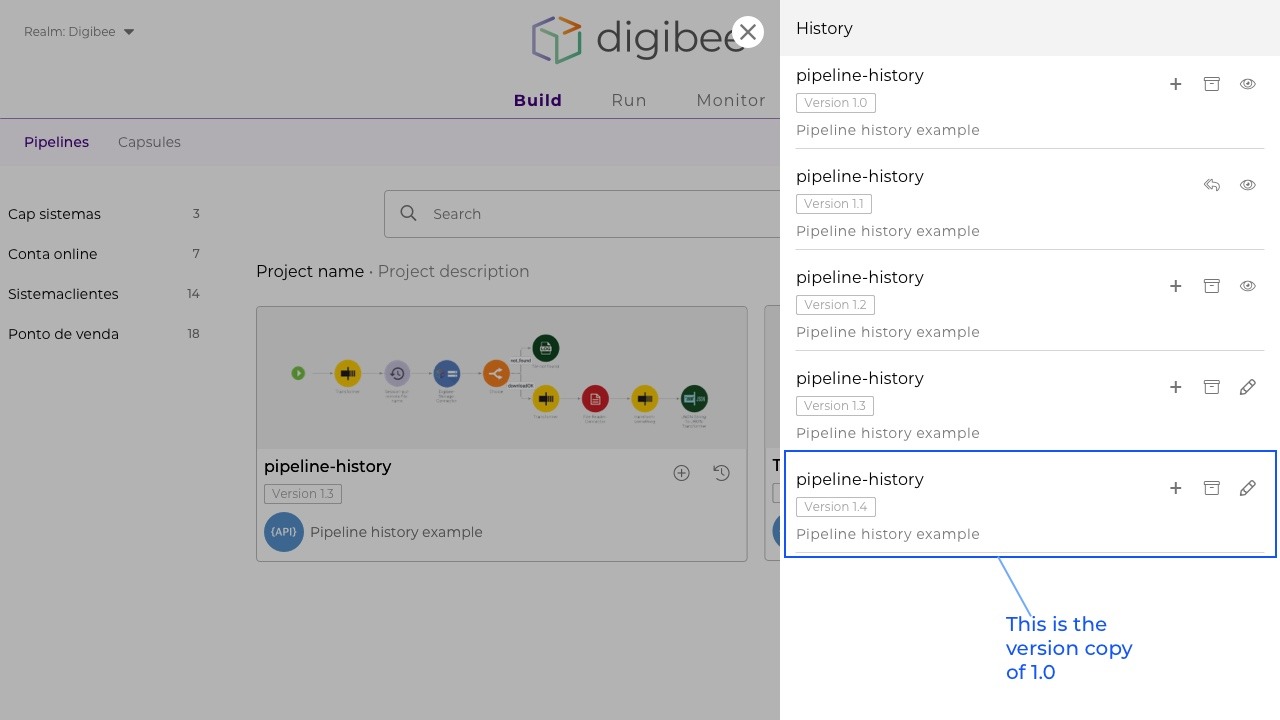 2. Archive and Restore a version

Click on the box to archive a version and on the arrow to restore it. 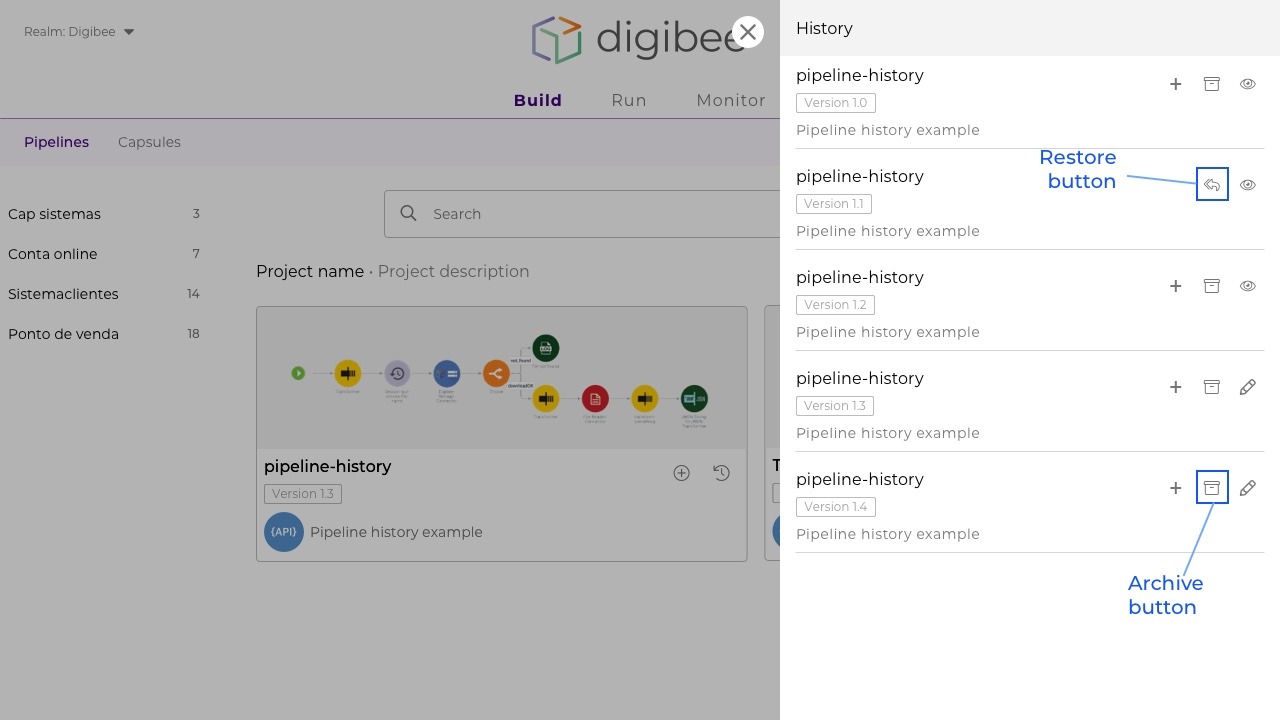 Important: it’s only possible to deploy a version on the TEST and PROD environments on the menu RUN if they are not archived.

Here’s an example of a deployment attempt using the 1.1 version that is archived: 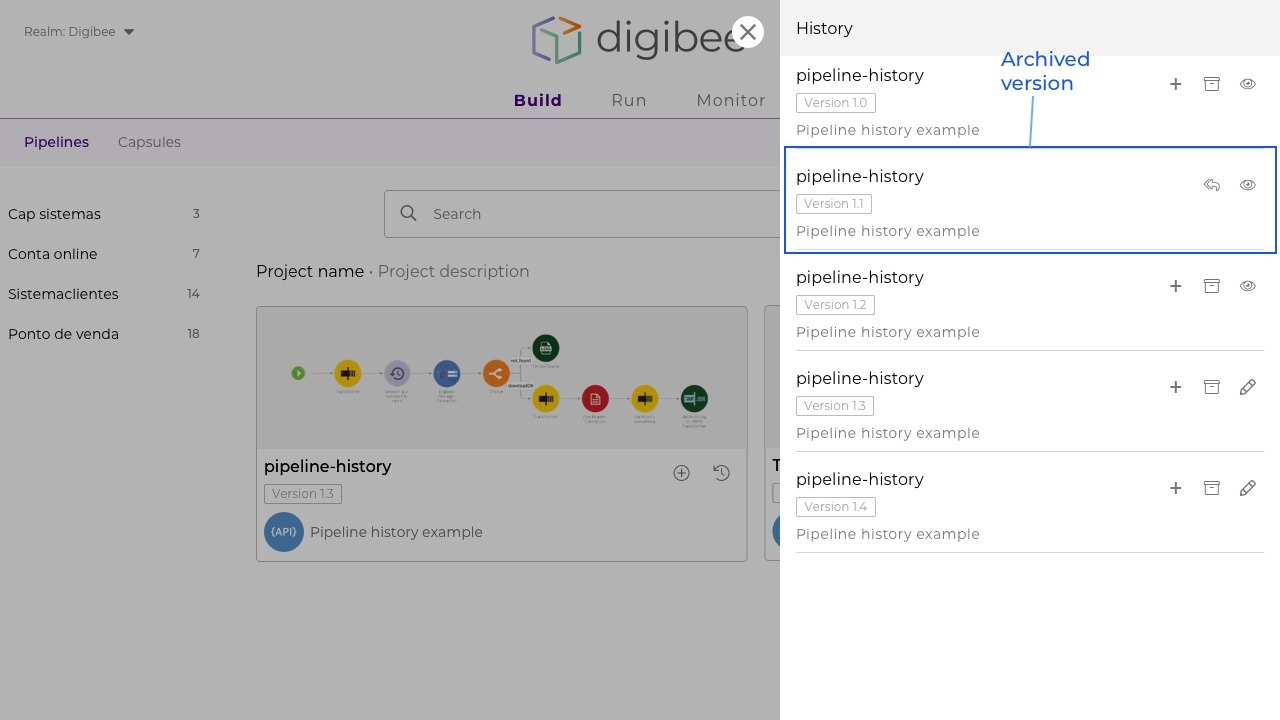 Notice how the version is not in the list during the creation of deployment, on the menu RUN: 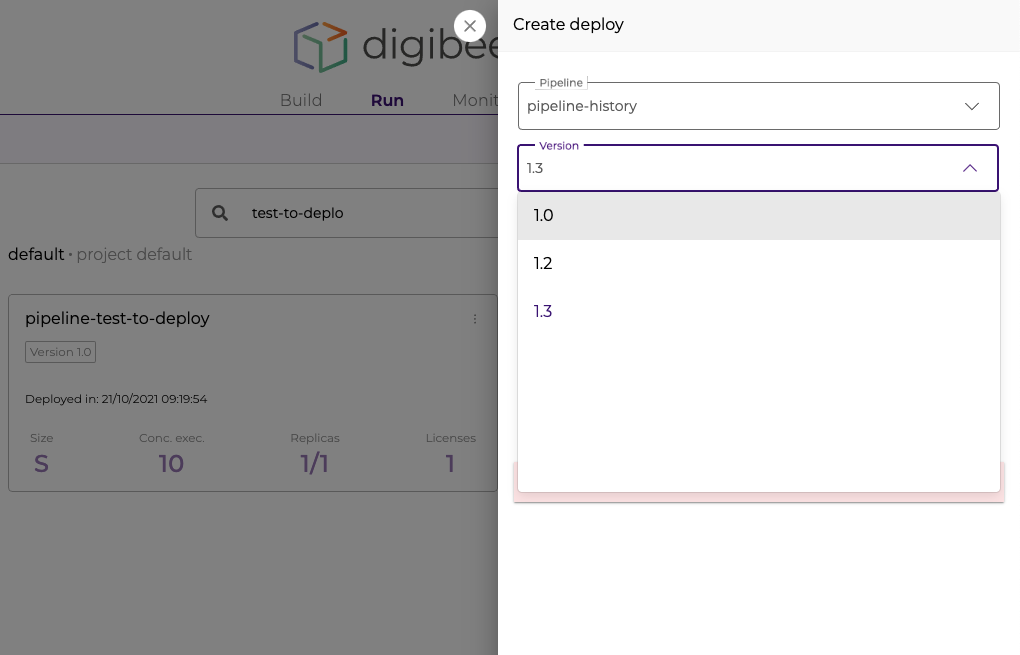 3. Canvas visualization of each version 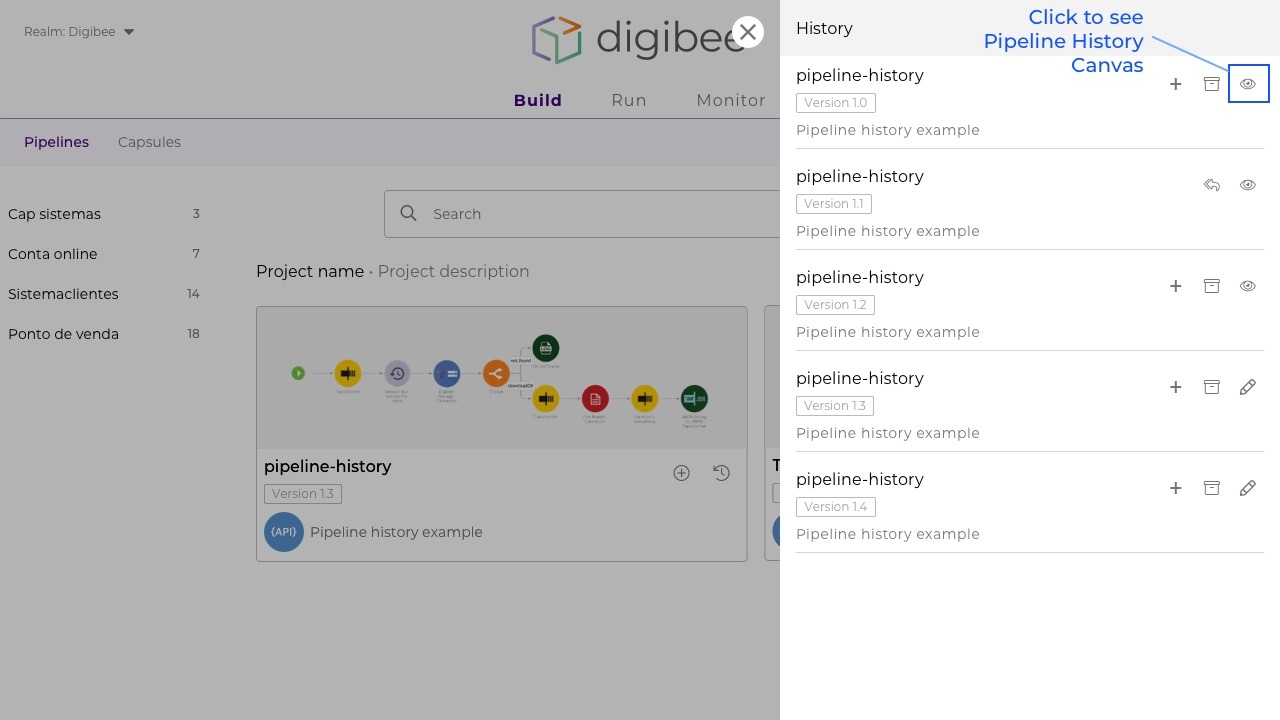 4. Read the settings of each component in a version.

This is a read-only screen. Editing is not allowed. 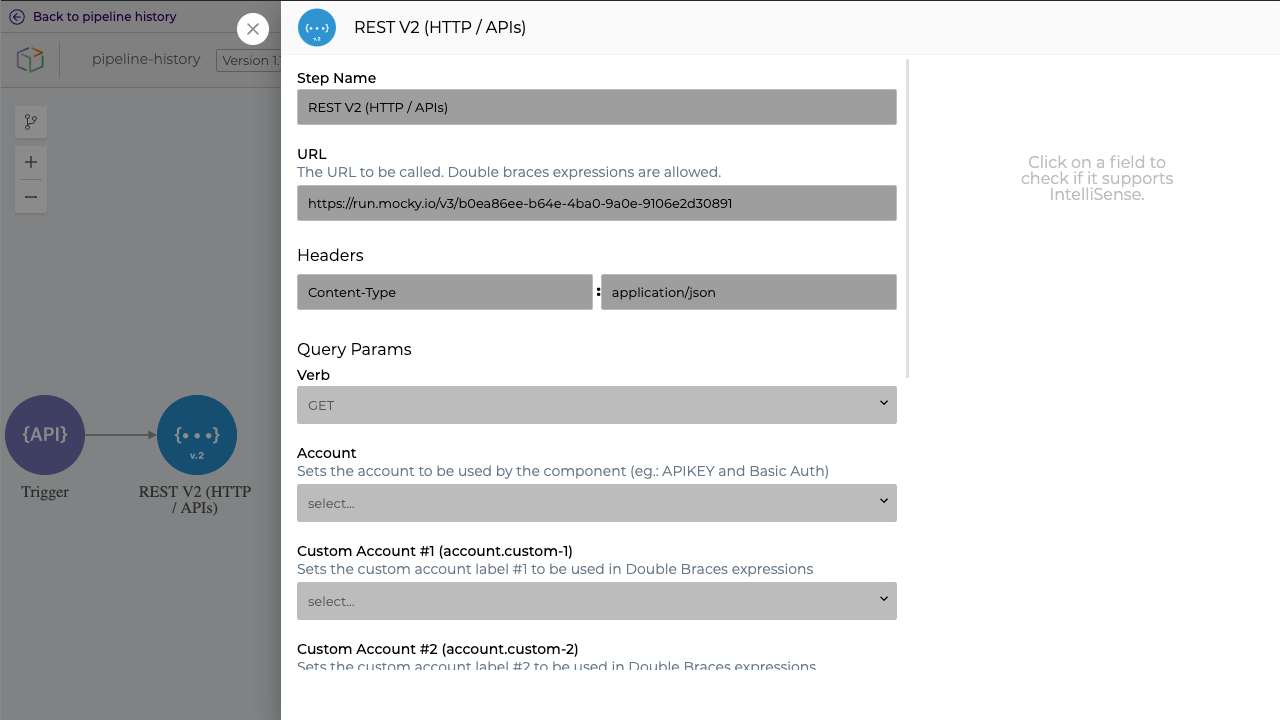 Right here is also possible to browse through other versions of the pipeline without having to go back to the previous history screen. 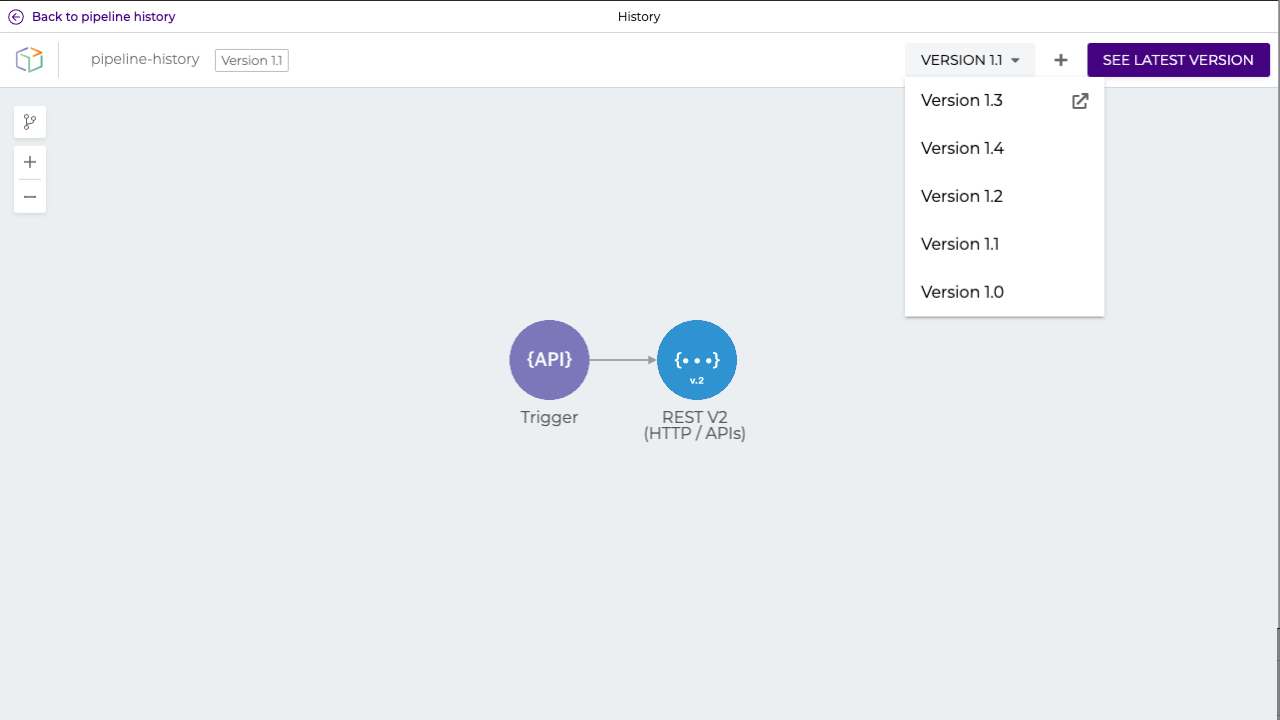 You can also edit the latest minor version created through the version history, as long as it’s not archived.

Click on the edit button to open the editable Canvas. 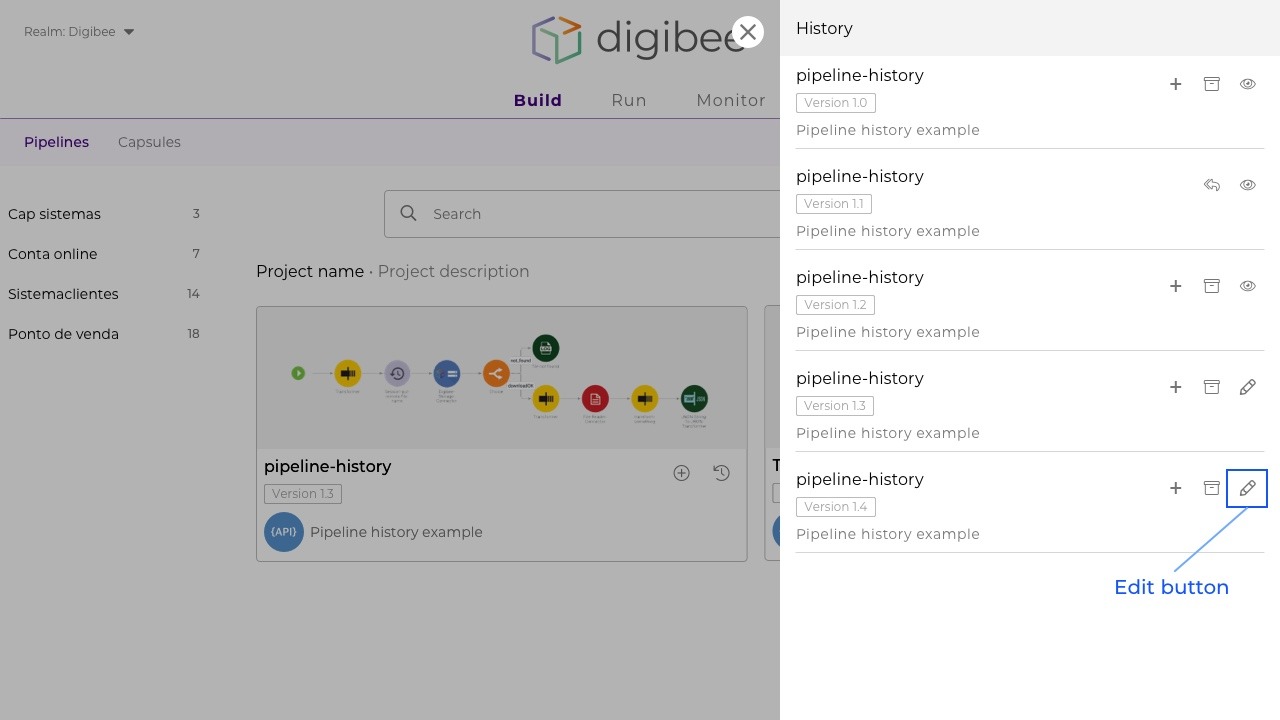