Written by Will
Updated over a week ago

On the upper left side of the Reports dashboard, you'll see two funnels of data, one based on contacts added and the other based on messages sent for a specified time frame.

Under the overview of the metrics, you'll see a heat grid displaying the average of the the highest and lowest amount of opens and replies across the week and 24 hour period. You can hover over each square to see the amount of opens or replies for a specific day and hour.

On the right side of this, you'll see each team members' metrics for messages sent and the dates they sent messages.

For a user, they will only be able to see their dashboard and metrics so it will look something like this: 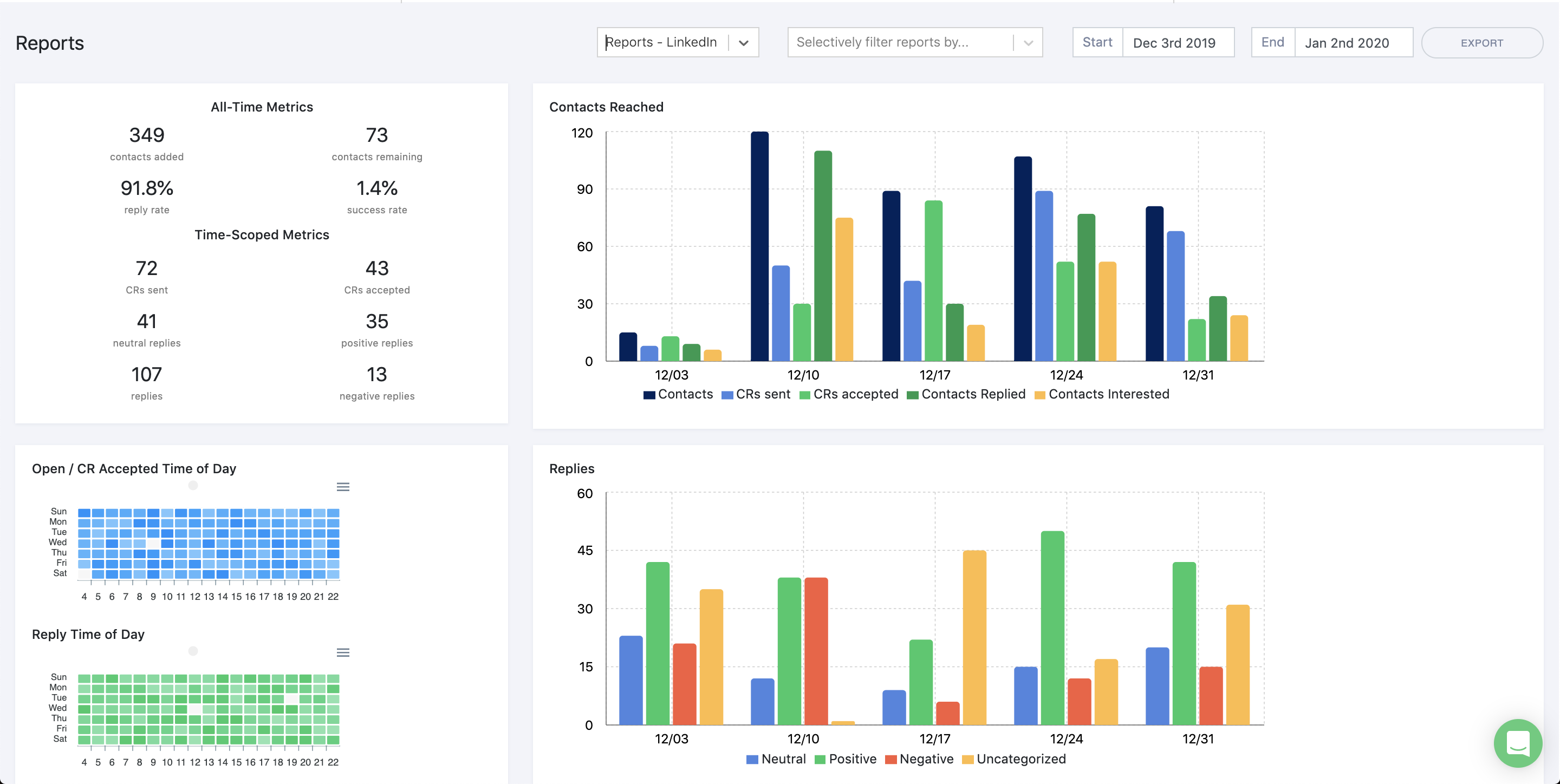