All Collections
All About Lessons!
Advanced Lesson Scheduling

Lesson paths and drip scheduling allow the scheduling of lessons with a greater degree of control then what is found in the basic lessons scheduler.

Lesson paths allow administrators to create a flow of lessons that allow a degree of automation in creating a stream of lessons to a given group. Lesson paths are created by going into a group and adding a new lesson path. These will allow you to add multiple lessons to a given group, and each consecutive lesson can be revealed after certain criteria have been met. These can range from a given score being reached on the previous lesson, to a set amount of time after completing the previous lesson leading to the next lesson being revealed. This criteria can also be combined, allowing lessons to be unlocked after a certain score has been reached, and a certain amount of time has passed. This feature empowers administrators to simplify the onboarding experience, so that users can be added to groups and have the lesson paths unlocked in the order that makes the most sense for the given situation. 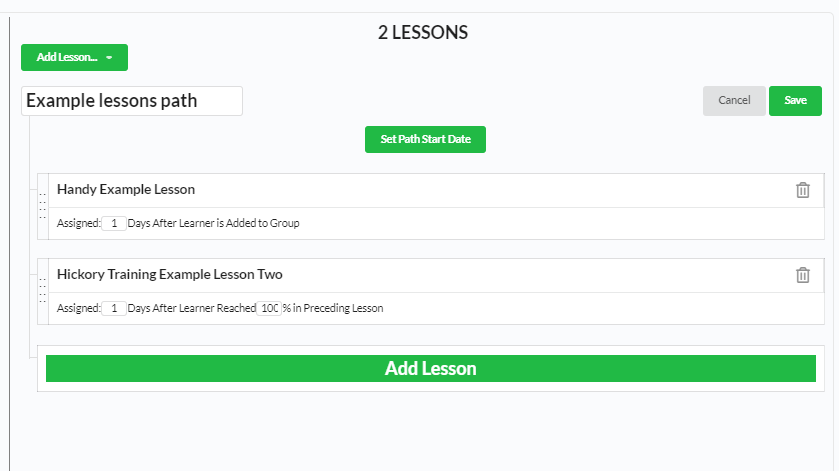 Drip schedules allow the assignment of multiple lessons to the same user group at the same time, while preventing learners from being overwhelmed by multiple lessons being assigned at the same time. With this feature, lessons will be assigned to each learner in a group based on the criteria created in the drip scheduling set up. For example, the second lesson in a path can either be assigned after a certain score has been obtained on previous lessons, or after a given amount of time after completion on a previous lesson. 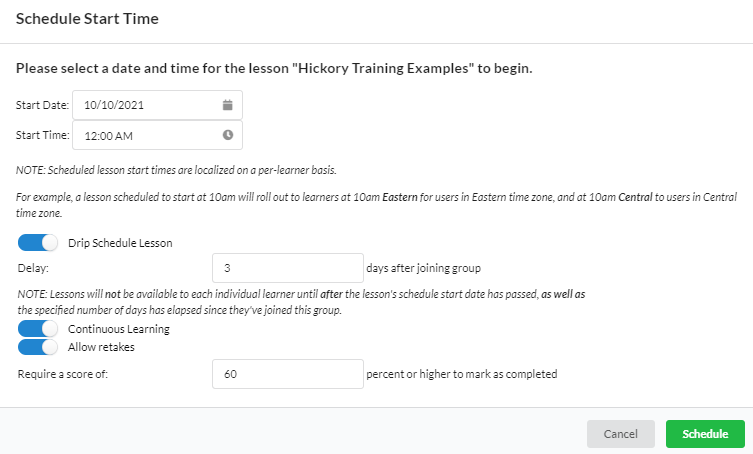