How to customize the settings related to idea submission

Written by Kerry Seed
Updated over a week ago

Ideas in Ideate Stage are Editable by Idea Submitters and Co-Authors: When ON, the Idea Submitter, and co-submitters are allowed to Edit the idea even after Idea has been submitted. Note: The idea submitter can edit the ideas only if they are in the Ideate stage.

Make Tags Mandatory During Idea Submission: When ON, it's compulsory to tag the ideas.

Make File Attachment Mandatory During Idea Submission: When ON, the user has to compulsorily attach the file supporting the idea.

Allow Idea Report abuse or Report duplicate: Enabling this setting will allow members to report an idea as abused or duplicate.

How to retrieve the draft idea:

The below video shows where you can retrieve your the draft idea.

You can also find all the drafts in which a specific campaign is selected under My Ideas>> My Drafts tab.

Further user can change the display of the ideas into List View and also Grid View by clicking on the icons to right side of My Ideas tab. 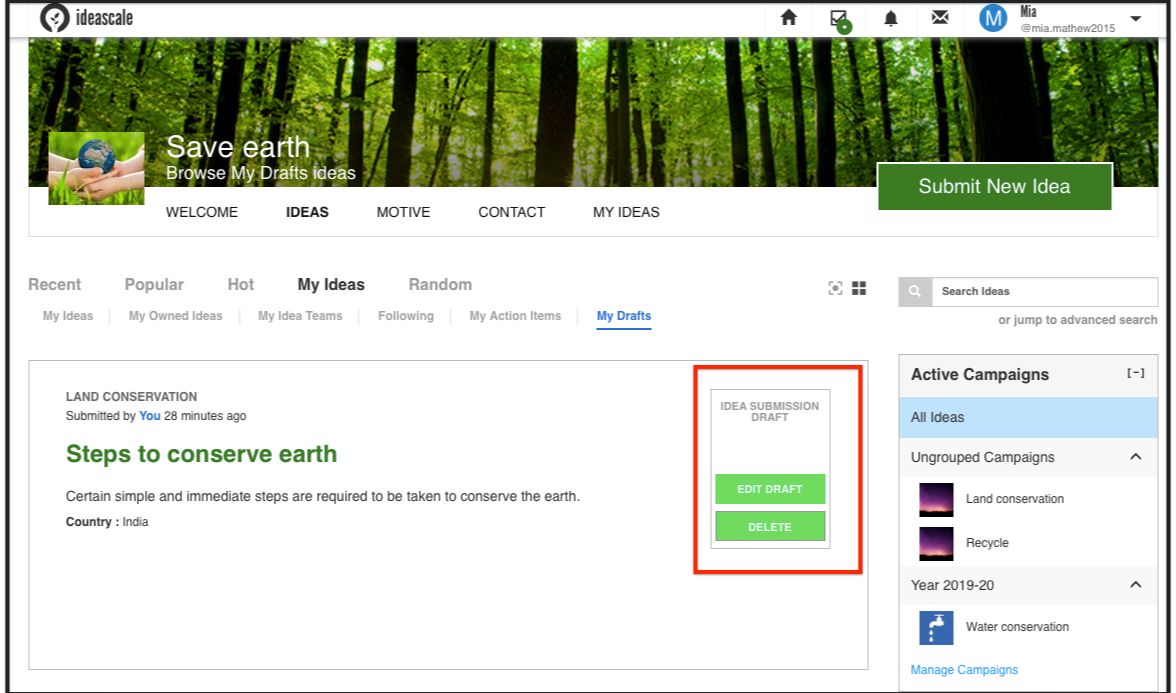 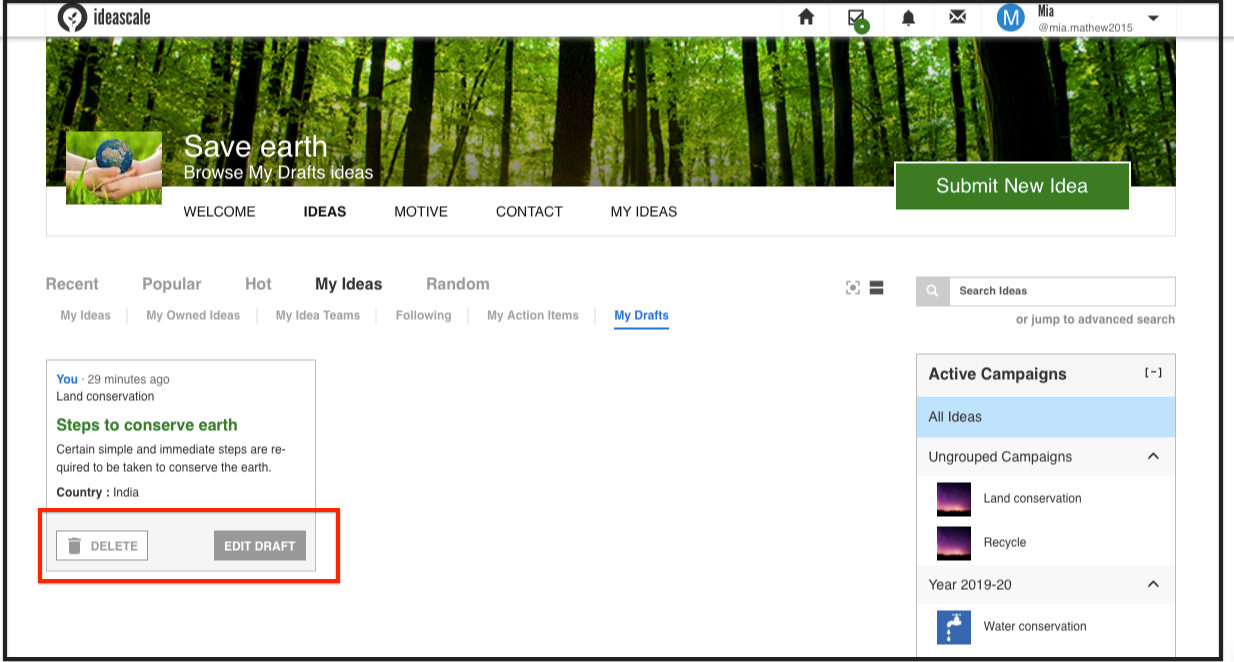