Giving kudos with a form in Microsoft Teams

Giving kudos through the bot can be tricky, forms make it easy

Instead of using bot syntax, you can use a simple form: 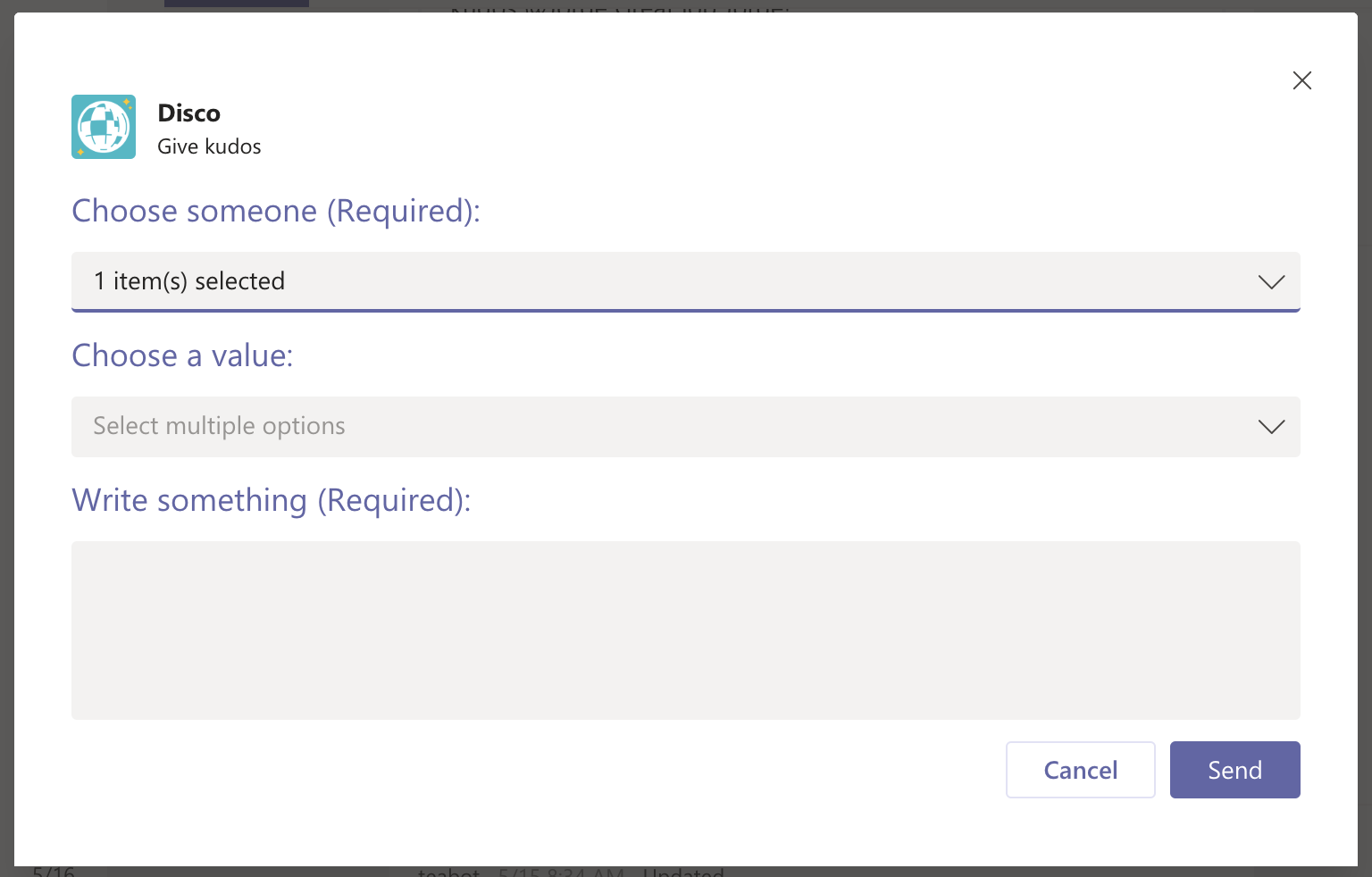 Instead of installing Disco in teams, just click the pinned icon:

Pin Disco to your input box so you never miss out on giving kudos in a team channel, in a 1-1 chat, or within a group chat (Plus, who wants to leave the Disco?).

Once you’ve pinned Disco, all you need to do is click on our icon to open up the form.

As you can see, Message Extensions make it a lot easier to give kudos for a number of reasons. We hope this improves your experience using Disco.

Please reach out with feedback or questions: support@justdisco.com.