Segment users by location, department, or team with User groups

With User groups, you can segment users by department, location, team, or another denomination that suits you. Once you've created a user group, you can filter web views (dashboard, feed, values page, and leaderboards) to only display data from members in the group. 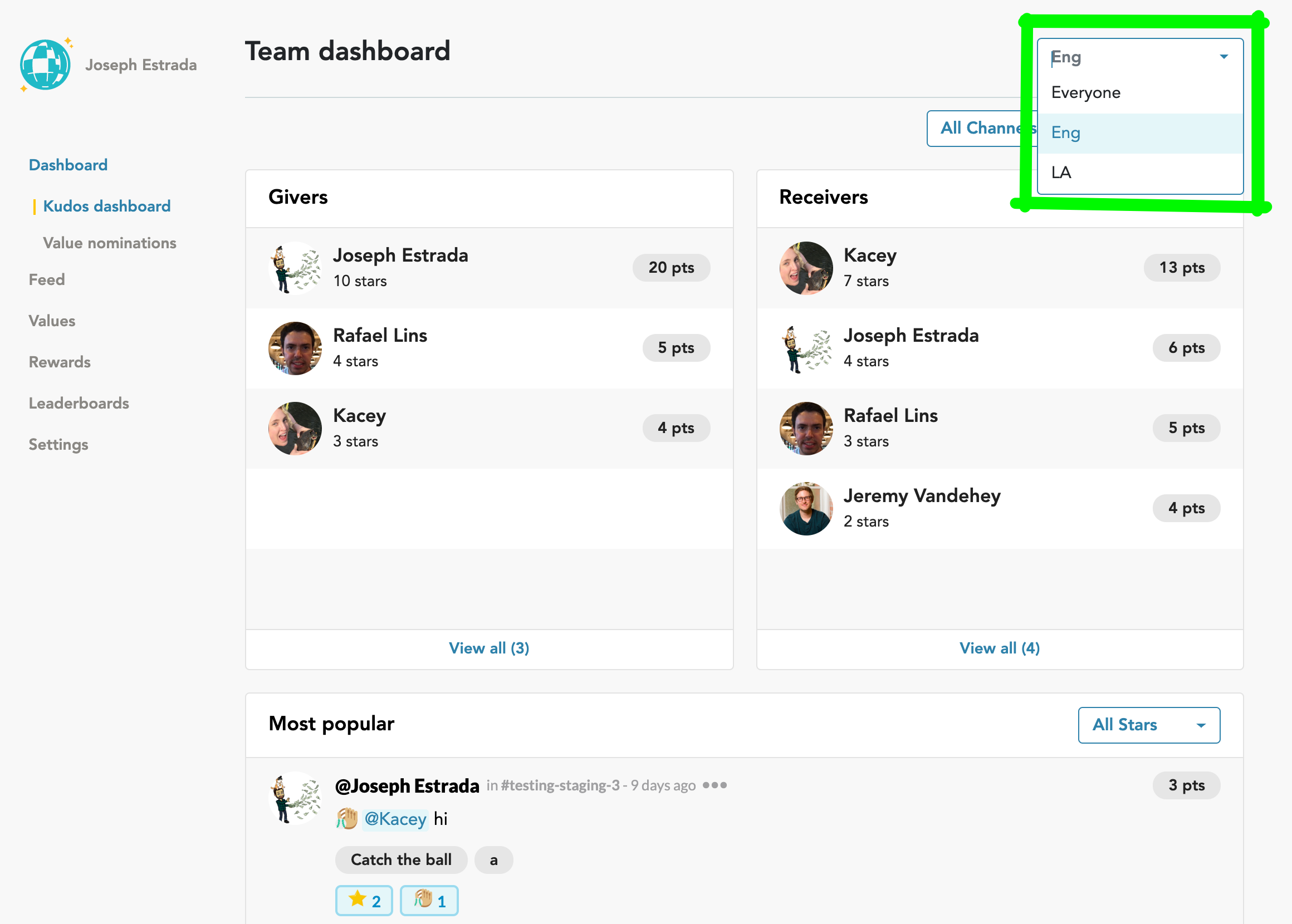 An example of the dashboard filtered by "Eng"

In the example above, people that appear in Givers and Receivers are members of the "Eng" User group.

Most popular displays a list of kudos given or received by members of the group. Importantly, members outside of the group can appear in kudos if they're on the other end of the kudos (e.g. Kacey gives kudos to Justin—not in the group—or Justin gives kudos to Kacey).

In Slack, User groups are synced to members within a Slack channel (public only).

When you create a User group, Disco will download all members in the channel you select. Disco automatically adds or removes members that join or leave the channel. Click on View to see the active list of channel members.

In Microsoft Teams, User groups are synced to Teams you've invited Disco to.

When you create a User group, Disco will download all members in the team you select. Disco automatically adds or removes members that join or leave the team. Click on View to see the active list of team members.

We realize that Slack channel and Microsoft Teams Teams aren't the most accurate way people are organized. We're working on ways to integrate directly into your Identity Provider or HRIS system to automate the User group creation flow.

Once that's in, you'll be able to create User groups by user fields like department, division, location, manager, etc...