Create new customizable roles with a unique set of permissions.

Written by Hannah Walt
Updated over a week ago

What are Custom Roles?

Custom roles are editable roles created by admins in Lessonly. These are roles not falling under the admin, manager, creator, or learner umbrella.

Custom Roles is an add-on feature with additional fees. If interested, please reach out to an Account Manager to begin the discussion of including Custom Roles. 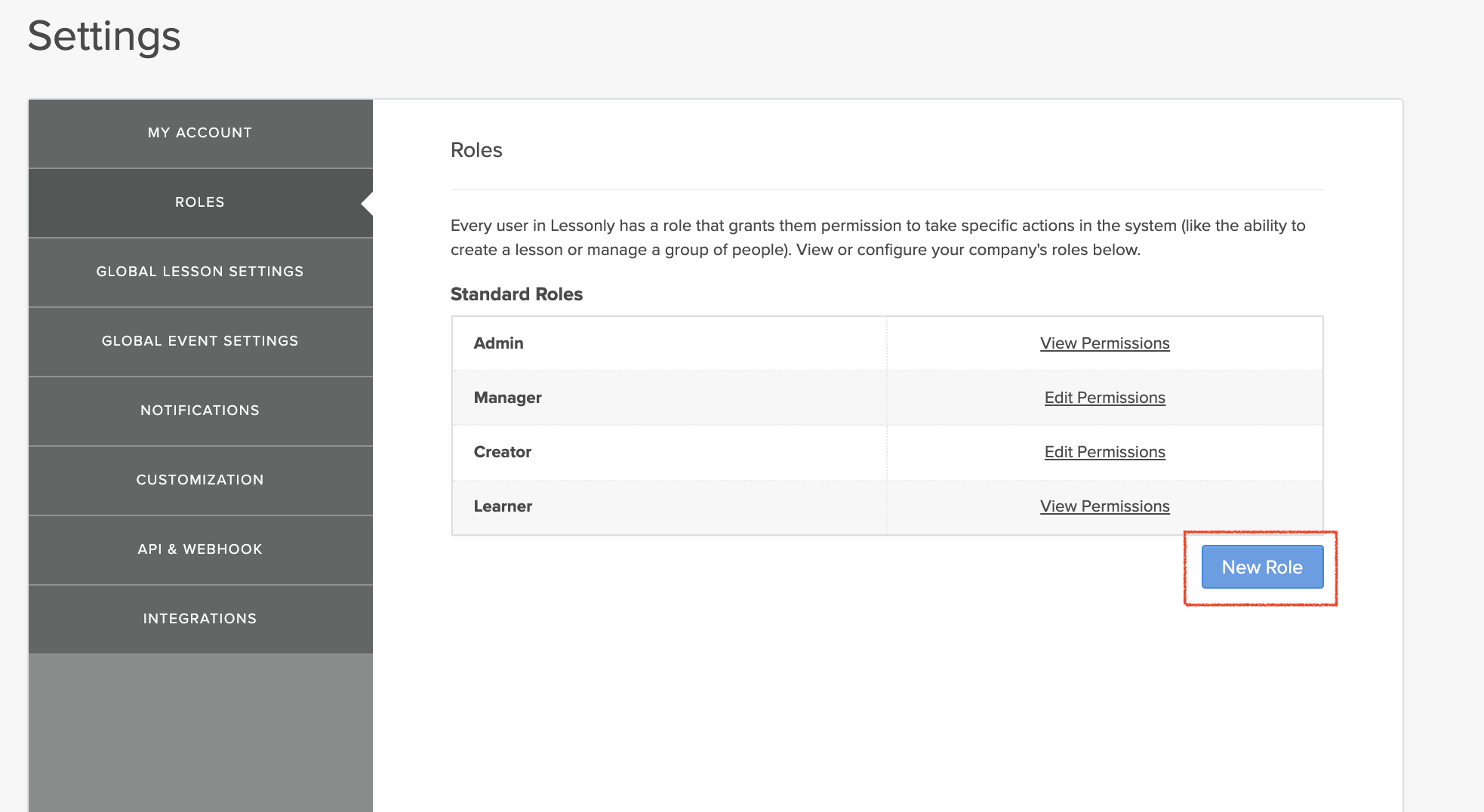 The user is then prompted to name the new role and choose the desired permissions. Then select Create Role. 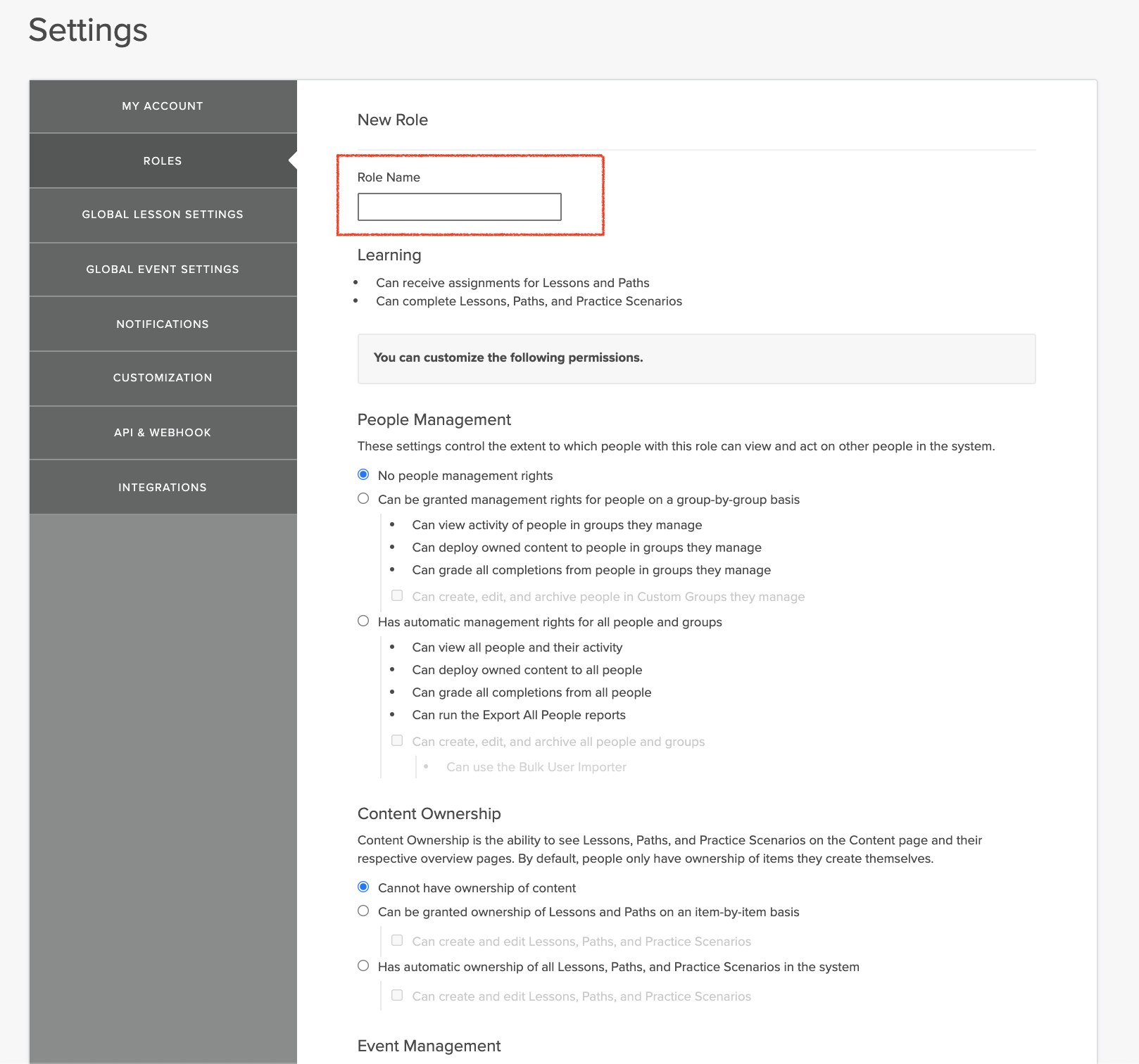 The Role Name field is limited to 25 characters.

Custom Roles can be deleted as long as they meet the required prerequisites:

Locating a User by Custom Role

Admins and users with people permissions can use the "Role" filter to easily locate users assigned to a specific role, including custom roles. 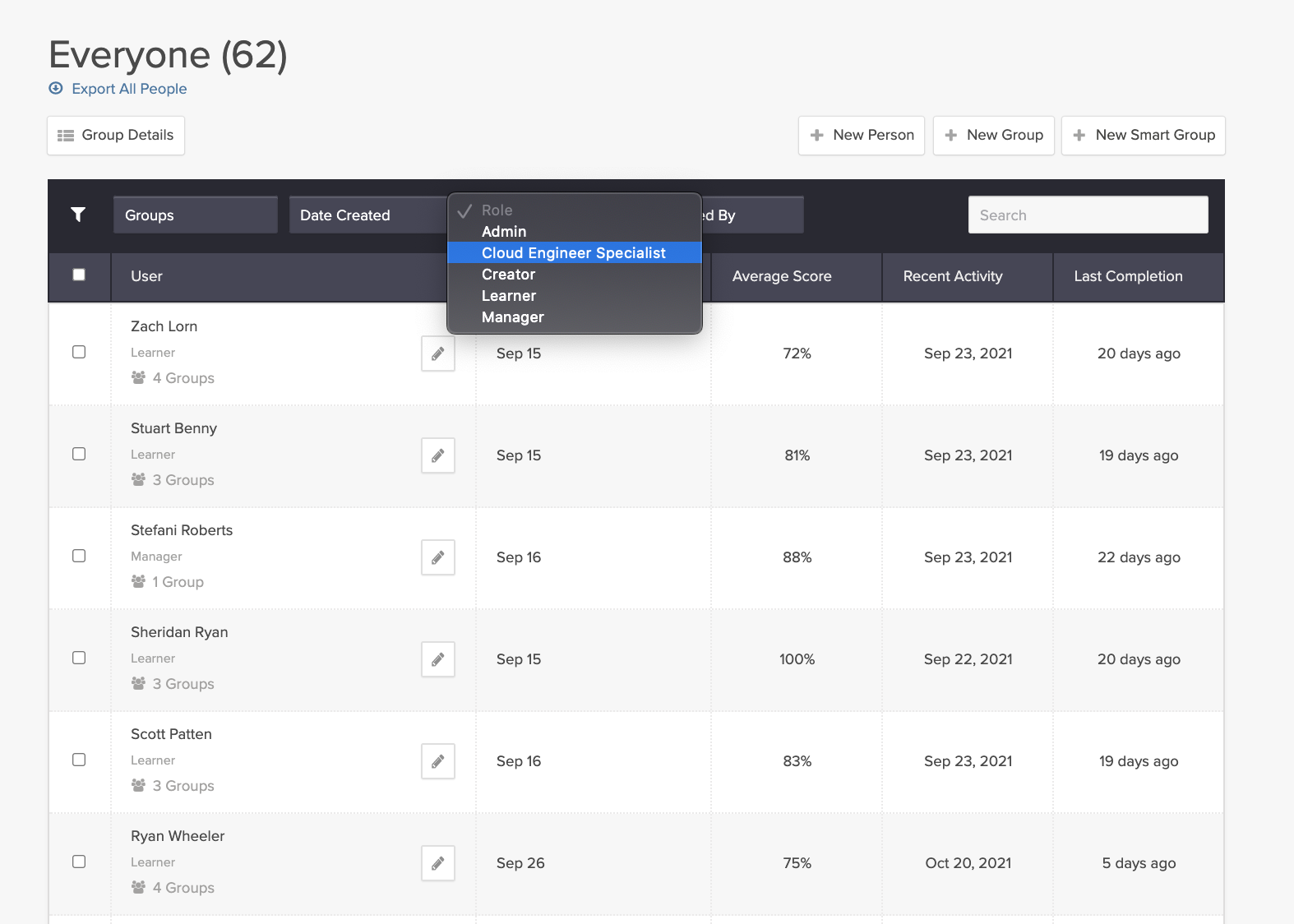 Creating a New User with a Custom Role

Once new custom roles have been created, when manually creating a new user the custom role appears in the “What role should this person have?" section. 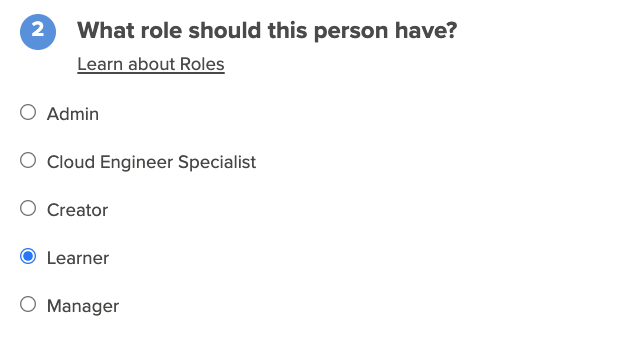 In the "What role should this person have?" section, the creator can select "Learn about Roles." This prompts a modal to populate providing the creator the ability to view each role and expand the details to view information about the rights granted to each role.

All roles have a Role ID. This can be located to the right of the role name field when viewing the permission settings. 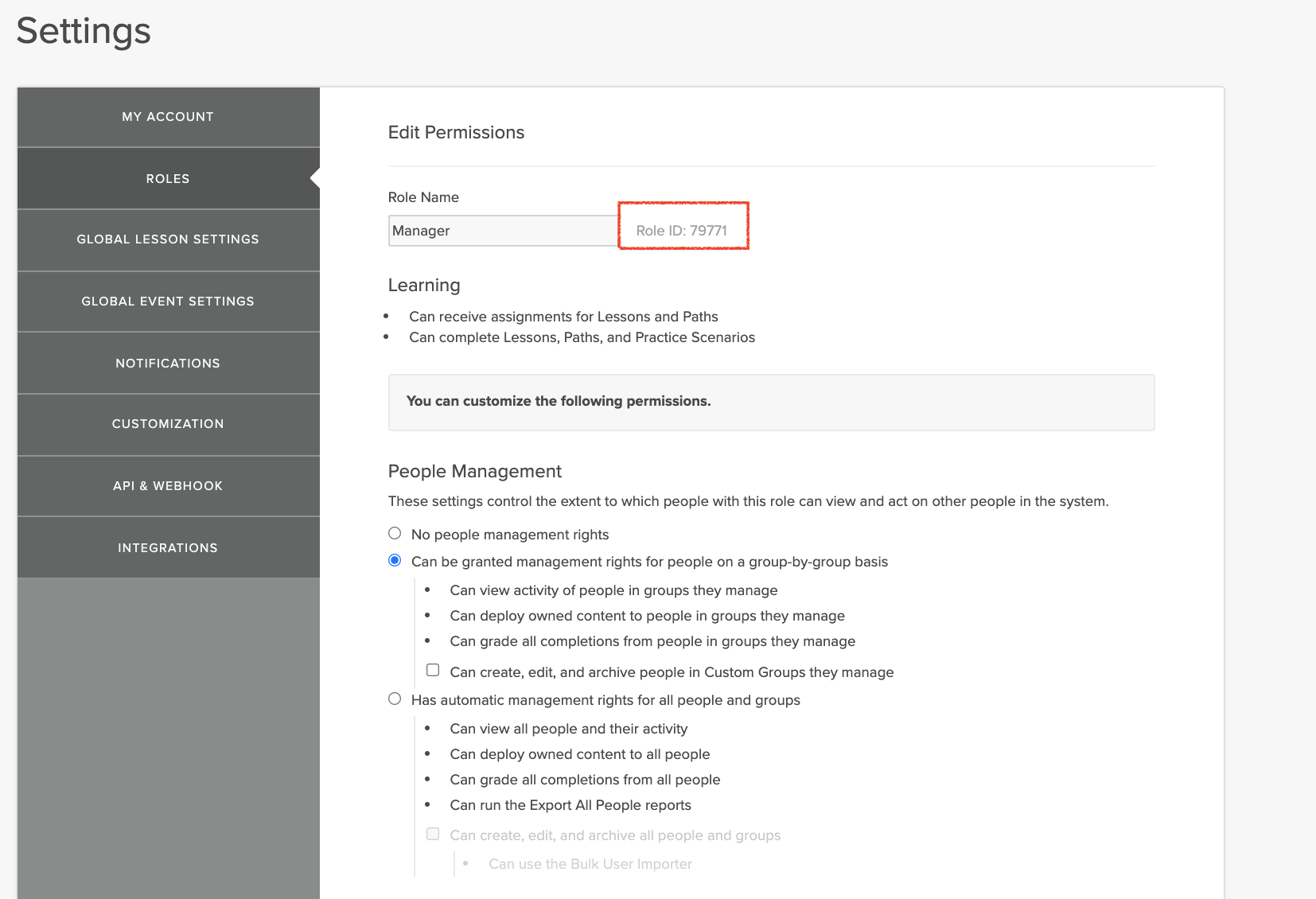 When custom roles are being used, the Role ID should be utilized to make user updates through the API, Bulk Sync API, or Bulk User Imports.

The Role ID allows users to be created or updated through the import by matching the Role ID rather than the role name.

The following guidelines should be followed to avoid failures during the import process:

Custom roles can be selected when setting up a role-based rule in the smart group rule builder. 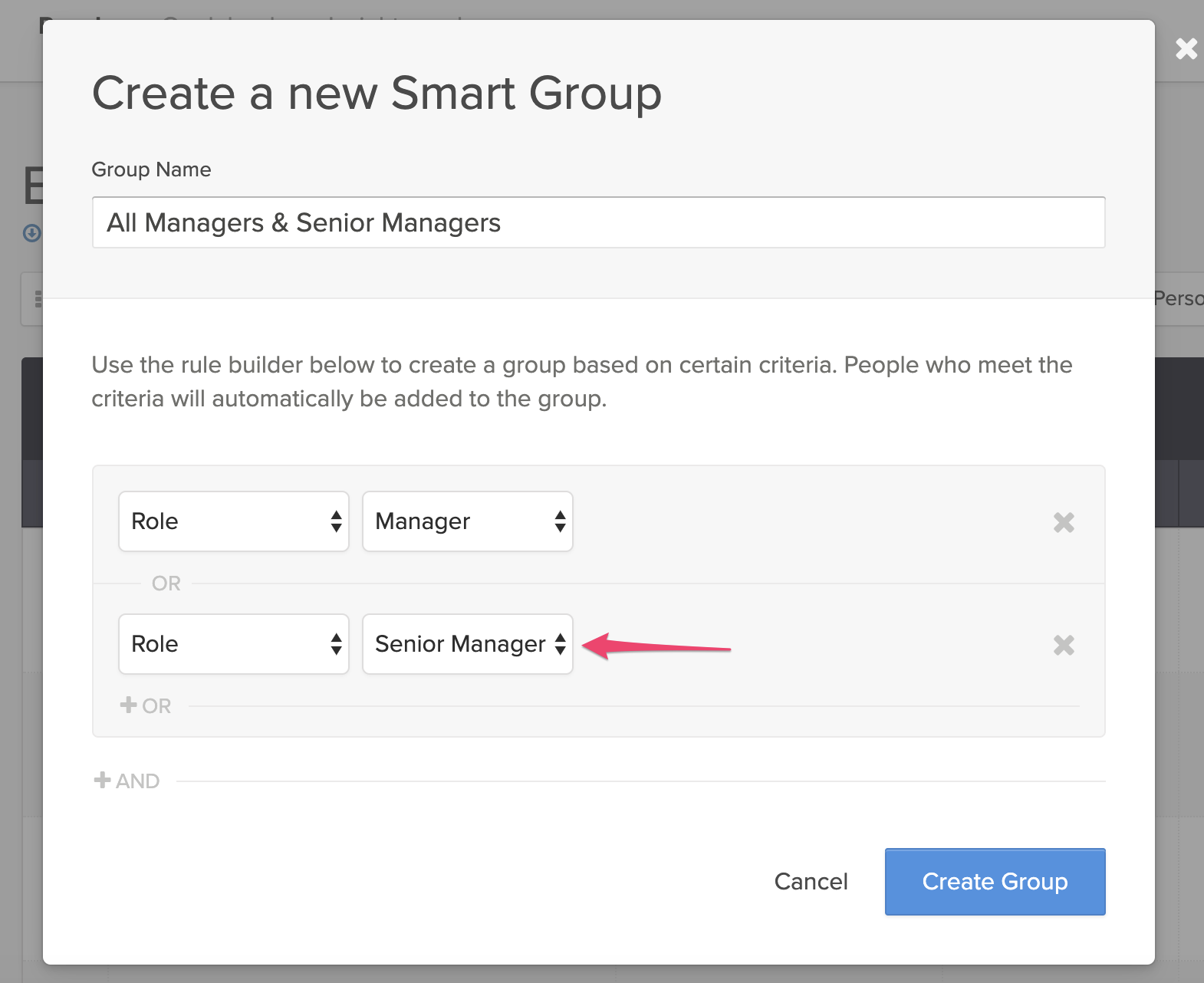 Any user in a custom role with people management permissions on a group-by-group basis or visibility for all users receives a morning daily digest email listing out any content needing to be graded.

A custom role daily digest email does not contain the following:

If you have any questions please email Support at support@lessonly.com.