L
Written by Liquidifty Team
Updated over a week ago 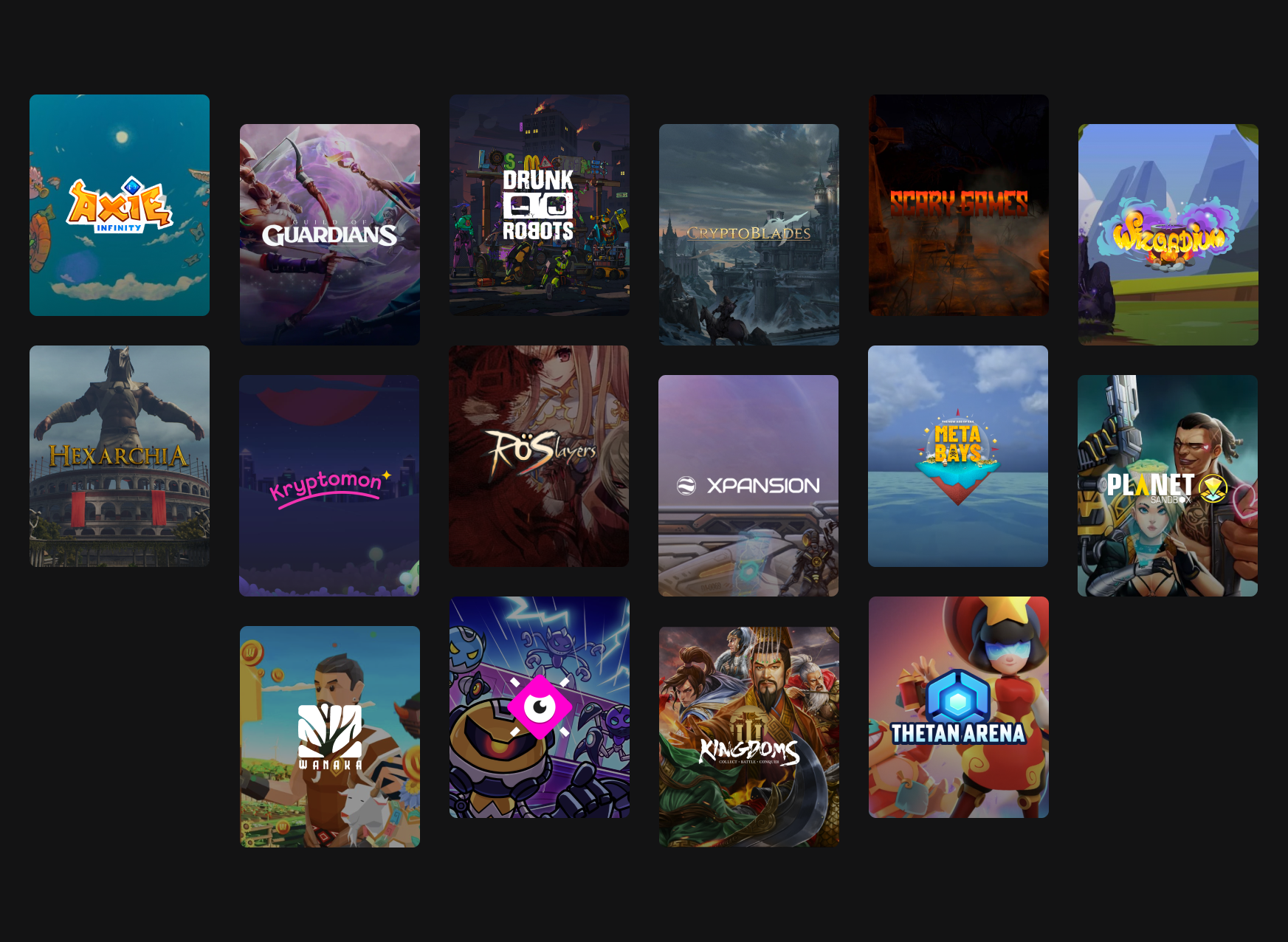 First game projects who will allocate some awesome NFTs for LQT Launchpad members:

Guild Of Guardians is a multiplayer, fantasy, action RPG where players build their dream team of Guardians and compete in a guild to earn epic rewards.

Thetan Arena is an e-sport game based on Blockchain technology. Players can gather their friends, form a team, battle with others and earn token rewards with just their skills. Thetan Arena’s gameplay is designed to revolve around the combination of players’ personal skills and teamwork. Players can challenge themselves with various game modes: MOBA & Battle Royale, coming with monthly updates and attractive rewards.

CryptoBlades is a play-to-earn NFT RPG developed by Riveted Games on the BSC, Heco, Polygon, and OEC platforms. The game revolves around the acquisition of legendary Blades and the powerful Heroes who wield them. Players may participate in combat using their assets to earn SKILL tokens. Assets are player-owned NFTs minted to the ERC-721 standard and may be traded on the proprietary marketplace. CryptoBlades utilizes a play-to-earn model by distributing SKILL through gameplay and giving value to player NFTs by increasing their use through future features.

Wanaka Farm is a virtual farming game on Binance Smart Chain, where players can cultivate lands, tend to crops, breed pets, and decorate their own virtual land. Players will be able to buy or rent land and harvest their crops, which can later be sold for WANA. The game will feature different seasons, levels of land, and types of products and animals. Certain in-game assets will be designed as NFTs.

Drunk Robots. Chug a beer, battle other players for territory, and collect resources as you explore the city of Los Machines in this action-packed game. Aside from having an amazingly hilarious premise, stellar artwork, and enjoyable lore, Drunk Robots features robust customization options as you power up your robotic fighter.
Whether you buy one of 10101 Drunk Robots NFT characters to experience the full game, or you just enjoy the free-to-play minigames, you’ll earn valuable rewards along the way, all of which can be sold or traded on the secondary market. Bottoms up!

Kryptomon is an NFT Play-and-Earn blockchain game, where Pokémon meets Tamagotchi and CryptoKitties. Breed, Train and Fight with your NFT Kryptomon. It’s a new world where trainers can live a new adventure on Blockchain. Kryptomon creates the next step in the evolution of crypto-gaming by using advanced blockchain technologies, digital genetics, and location-based technologies.

Planet Sandbox is the ultimate physic sandbox game that allows players to build and customize creative sandbox worlds with unlimited build-in items. It is also a multiplayer TPS NFT Game that lets users engage in the combat arena and profit from battles.

Wizardium is a Gaming NFT Metaverse on the Binance Smart Chain where Magic comes True. Play2Earn GameFi. For now, every NFT can participate in NFT Farming (exploration of the Wizarium lands) where users can earn WIZZY tokens. (according to phase 2 of the project development).

The Three Kingdoms is a 3rd Generation NFT Game that adopts the three Kingdoms storyline. Prepare to immerse yourself in a gaming experience enriched with extensive history, well-developed characters, progression gameplay, and more. Prepare your heroes for battle, siege cities, and win battles to expand your own land. Be your own hero in the land of The Three Kingdoms! Collect ultra-rare characters, weapons, and a piece of land that only you can truly own!

Ro Slayers. SLYR Games introduced one of the first decentralized games that aim to integrate cryptocurrency with the classic and most nostalgic massively multiplayer online role-playing game. This new system, not only does it indulge players in the fun and competitiveness of online gaming; but also gives them the opportunity able to earn and meet new acquaintances.

Hexarchia is a chess-inspired war&strategy NFT videogame built on Unreal Engine and integrated with Polygon blockchain. The goal of Hexarchia is to create an engaging and fun gaming experience that allows gamers to play and earn in-game assets and currency as a reward for their ability to use strategy and fight.
Hexarchia will support an innovative community-ow­ ned economy, where players and founders share the earnings from the videogame. The goal is to allow for a unique governance system controlled by the Hexarchia team and community through a Decentralized Autonomous Organization (DAO) that will make Hexarchia a game with no expiration date.

Scary Games. In the Scary Doors game, every NFT door is a portal to the metaverse by Scary Games. The door works like land and is a territory for the production of the screams that at a certain level allows generating scary tokens for the monster owner. As an NFT door owner, you will be able to create a scary scenario Metaverse which is controlled by the door owner. As for the monster, the funnier your metaverse is, the scarier it can be to the monster! Every time a monster knocks at your door and squeezes inside your metaverse, the door owner receives 10% of the monster’s rewards, as the best way to take apart from this play to earn game and generate passive income is holding the NFT door. NFT doors can be traded on the marketplace.

XPANSION is a decentralized 4x strategy game set in the near future. Faced with a dying world, the remnants of Earth’s population have launched expedition waves to settle the habitable worlds surrounding nearby stars.
Xpansion team is excited to announce the collaboration with Liquidifty NFT marketplace to open a special Lucky NFT sale event. Buyers will have a chance to win high-value prizes total of 2500 BUSD. Xpansion team has also prepared a Super Lucky Prize for a very lucky buyer, a Mythic Land plus 1000 BUSD (though the prize is not guaranteed).

Metabays is the first Sail-to-Earn game that truly enables gamers to make market-driven decisions by issuing 4 in-game tokens listed on DEX. In MetaBays, players deploy game theory tactics to utilize their ships and pirates to mine gems from various islands or loot from other players.

Cryptobots is a Play2Earn game based on a merge of two game genres: collectible RPG and space grand strategy with an innovative in-game economy and easy onboarding and accessibility.
Battle other players, manage and trade resources, upgrade bot.