This was a fun one…

Nicola saw her image (or at least what she thought was her image) on Instagram and then proceeded to sit next to her phone nervously all day waiting for the call.

When we did finally make the call she was over the moon, but obviously not all that surprised! 😂🙈

Nicola initially found out about LitterLotto whilst she was in McDonald’s but then downloaded the app when she saw us again on Instagram. She also had some lovely stuff to say about LitterLotto;

“LitterLotto is genuine, and the app is slightly compulsive (in a good way) and a great way to potentially make a bit of money!

I feel like I’m doing a good job and feel pleased when I’ve cleared a footpath / field of discarded bottles etc . If you’re lucky enough to win a spot prize the sound spurs you on to bin more!” 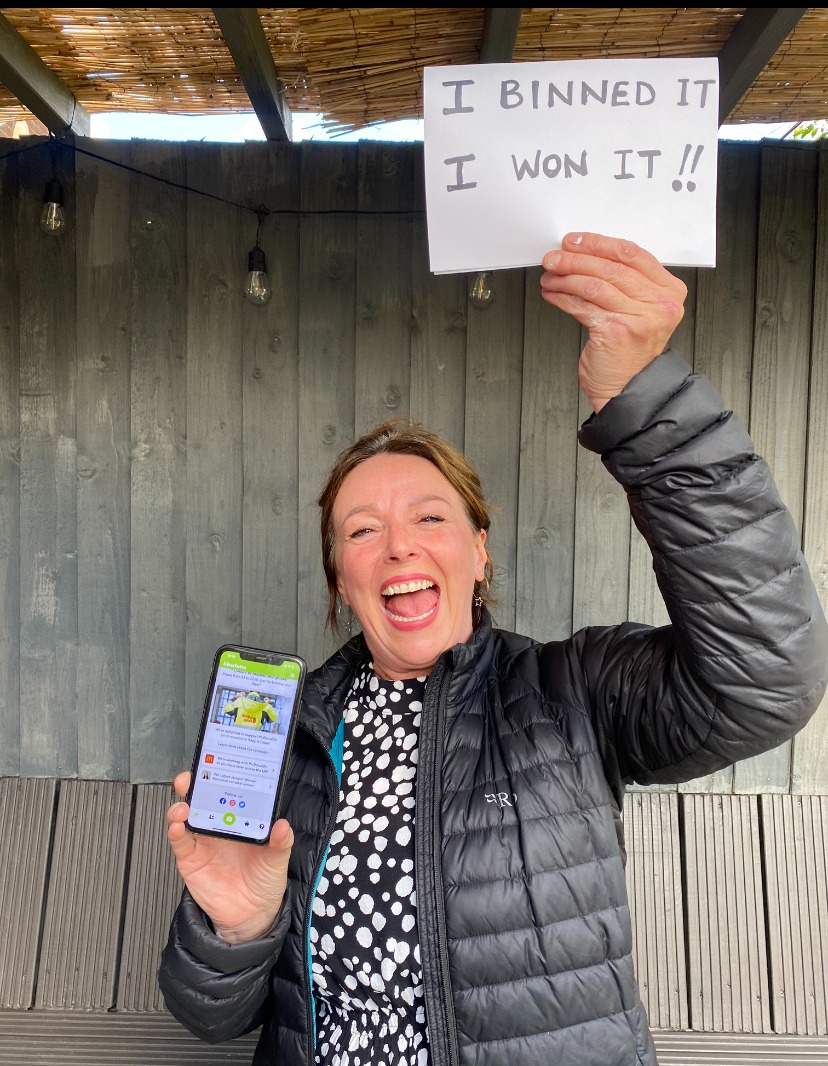 This prolific litter picker has been working as a pharmacy technician for the same company for over 35 years and has also been with her husband for the same amount of time… She’s clearly a very loyal person!

When asked what she’ll be spending her winnings on, she told us that she’s earmarked it for a new front door and possibly some perfume.

Nicola also told us that thanks to LitterLotto her dog has been taken to new parks and down streets she has never been to before and rather humorously, that her friend’s husband messaged her a few weeks ago saying; “I think I just saw Nicola loitering near the bins in the park again!”

Don’t listen to your friend’s husband Nicola, it’s clearly been worth your while and we thank you for it.

Keep it up and thank you so much for #BinningAndWinning.

And some of our previous winners;