(And the whole Smart family)

This litter picking extraordinaire is not alone in her pursuits... The whole family is at it!

Fi from Didcot has a family of four, her husband Adrian, a hyperrealist artist, Charlotte who has just graduated from the University of West London/Met Film School and Jess who is studying a BSc in Fashion Retail & Merchandise at the University of Manchester.

When asked how often she litter picks, Fi said;

"I'd say I'm pretty prolific (hubby says I'm a woman obsessed with litter), picking litter up on a daily basis if I can." 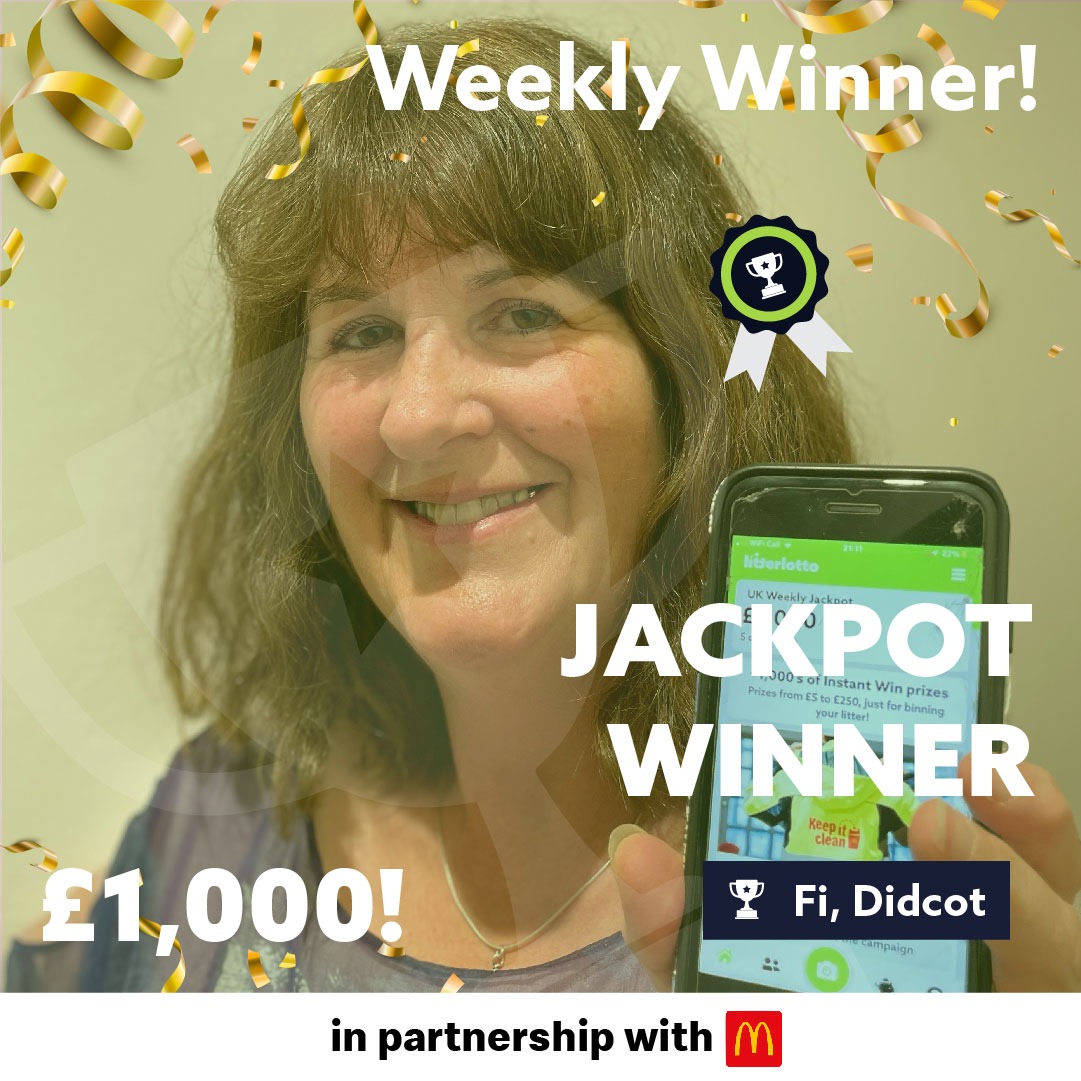 Fi has been litter picking for over 15 years now and managed to get both of her daughters involved in the activity as well! The good deed didn't go unnoticed and when her daughter Charlotte found about about LitterLotto she immediately informed Fi about it. ❤️

Charlotte is incredibly passionate about the environment and regularly organises litter picks in their area, sometimes even on the water!

Fi is currently a self-employed Marketing Consultant, working with The Didcot Powerhouse Fund which helps the local community through grant-giving, Didcot First and Harwell Science & Innovation Campus and is also a partner in the arable family farm with her brother and sister locally, where she grew up. (She's quite a busy lady! 🙌 ).

Some fun (bonus) facts about Fi and her family;

She once picked up 2 young hitchhikers in New Zealand who were German and became firm friends with them. They have stayed with the family in the UK and are now going on holiday with them to Italy.

She loves guinea pigs and have had around 19 of them over the years, plus adopted rabbits and an adopted budgie called Archie who they hand tamed and he lived with them for 7 years, living to the grand old age of 13! They don't have any pets at the moment apart from a spaniel called Woody who they dogsit from time to time and adore. P.s. He goes on litter picks with them!.

Anyway, here's Fi and Charlotte saying it better than any of us could ever do;

Finally, when asked what he'd say to someone who hasn't downloaded and used LitterLotto yet, they said;

"Give it a whirl! You are not only helping to improve the environment around you, but you are also reducing health hazards to others and as a bonus, you have the chance of winning some money which gives you a real boost!."

Thank you Fi and Charlotte and congrats to the whole Smart family.

Love from The LitterLotto Team. ❤️

And some of our previous winners;