How Does Growth Farming Work on Mogul

A complete guide to how growth farming works at Mogul, both technically and practically.

Written by Mogul Support
Updated over a week ago

Mogul Growth Farming, which is a fork of Sushi Master Chef, will allow Mogul community members to earn more STARS over the course of the next few months by staking their tokens. Inspiration for this contract was taken from Sushiswap, who had the most successful user acquisition oriented farming campaign in the history of blockchain.

The audit of the contract was performed by Zokyo Labs and can be seen here.

10% of STARS will be given to participants over a 3–4 month period.

The campaign is rolling out in 3 phases, where fewer STARS tokens are given to supporters over time. This allows early adopters to earn more rewards from the respective pools that they participate in, and encourages more users to join the Mogul ecosystem and take part in the community-building activities that Mogul has to offer from an early stage.

Let’s use a simple example for the STARS pool with 2 participants named Alice and Bob.

The STARS Master Chef contract is an Ethereum-based contract, which means that the campaign will be for STARS ERC20 tokens and STARS_ETH holders that receive these tokens from the Uniswap protocol for providing tokens to the ETH_STARS pool on Uniswap. 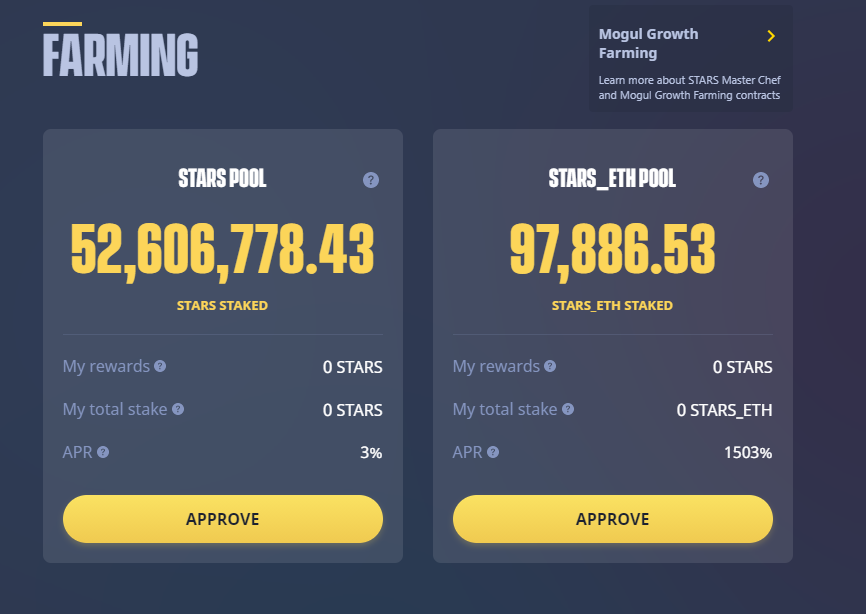 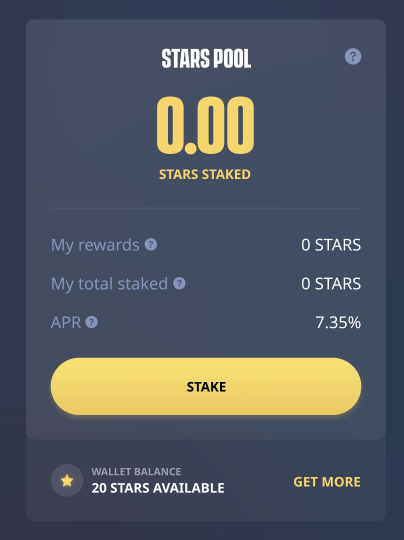 The image above displays information for illustrative purposes only. It is a mock up

Reminder: anyone, including scammers, can post tokens on Uniswap. They may look like STARS tokens, but they may not be official. To receive the official address and link to any Uniswap pools or contracts ONLY follow links shared directly by official Mogul accounts. The best place for information is the Mogul Twitter account.

As a user, when you provide liquidity to Uniswap, you will receive an ERC20 token that represents your claim on the Uniswap-specific pool. You will need to check the Etherscan transaction after providing to the pool and add the new token to your Metamask. The Metamask UI will show it as a “UNI-V2” token

After following these three steps you’ll be able to see the total rewards you have earned each time you revisit the platform. You can “Claim” rewards any time to either save your STARS or stake them into another pool to earn more, or you can withdraw your stake at any time.