All Collections
Mojob system updates
How to install Job feed and Homepage web apps on your phone and computer (released 21.04.2022)

How to install Job feed and Homepage web apps on your phone and computer (released 21.04.2022)

Written by Tetiana
Updated over a week ago

Mojob Job feed (https://jobs.mojob.io/) and Homepage (https://www.mojob.io/) web apps are kind of downloadable websites. This tool gives you a quick and easy access to those sites by saving those apps on your phone homescreen or computer desktops. Web apps also speed up app performance.

Installing such an app might be different from one device to another. Below is a handy guide how to install such app on your mobile phones (iOS and Android) and on computer.

Installing the apps on Android

With the vast majority of Android devices, installing such app is as simple as navigating to the website you want to install on Chrome. Once there, you can either install it via a bottom pop-up "Add Mojob Job feed to Homescreen" or via taping the three-dot overflow menu in the top-right corner, then selecting ‘Install the app’ or in some devices it can be "Add Mojob Job feed to Homescreen".

Installing the apps on iOS

Installing the apps on iOS unfortunately only works from the Safari browser. Beyond that restriction, however, it’s quite similar to Android.

Installing the apps on Windows or MacOS

If you want to install the apps on a desktop, your best options are Google Chrome or the new Microsoft Edge.

Google Chrome will display an install symbol on the right side of the address bar next to the bookmark button when you visit a site that supports app installation. Clicking the button will prompt you to install the app. In the screenshots, Mojob Job feed app has been installed using Chrome on a Windows desktop. Once installed, Job feed acts like a native app.

You can even pin apps to the Windows taskbar 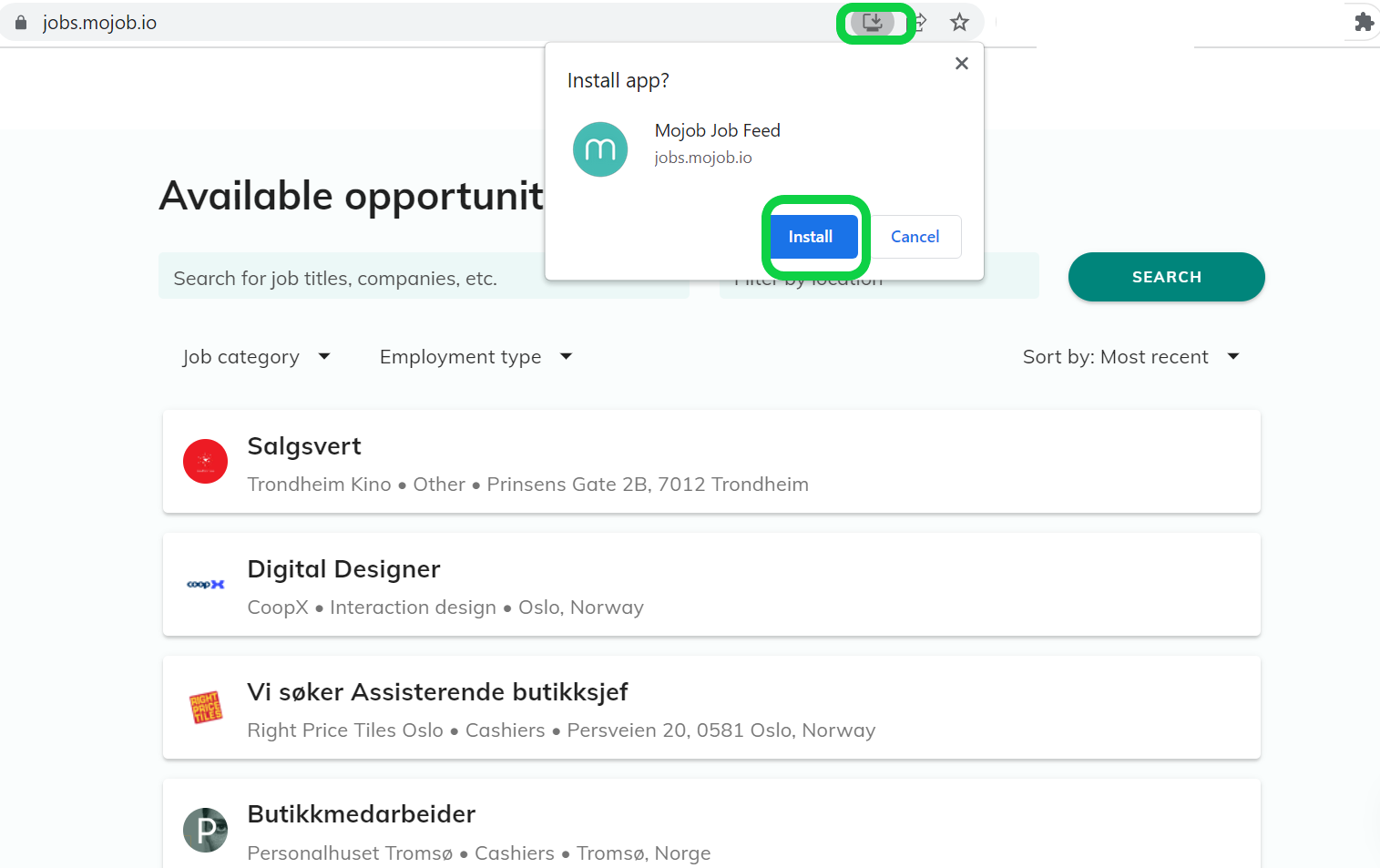 When visiting a website you want to install, Edge users can click the three-dot menu button and select ‘Apps’ or they can click the "Apps" icon on the right side of the address bar. After that, click ‘Install this site as an app.’ Edge will install the app and, like with Chrome, users will be able to pin the app to the taskbar. 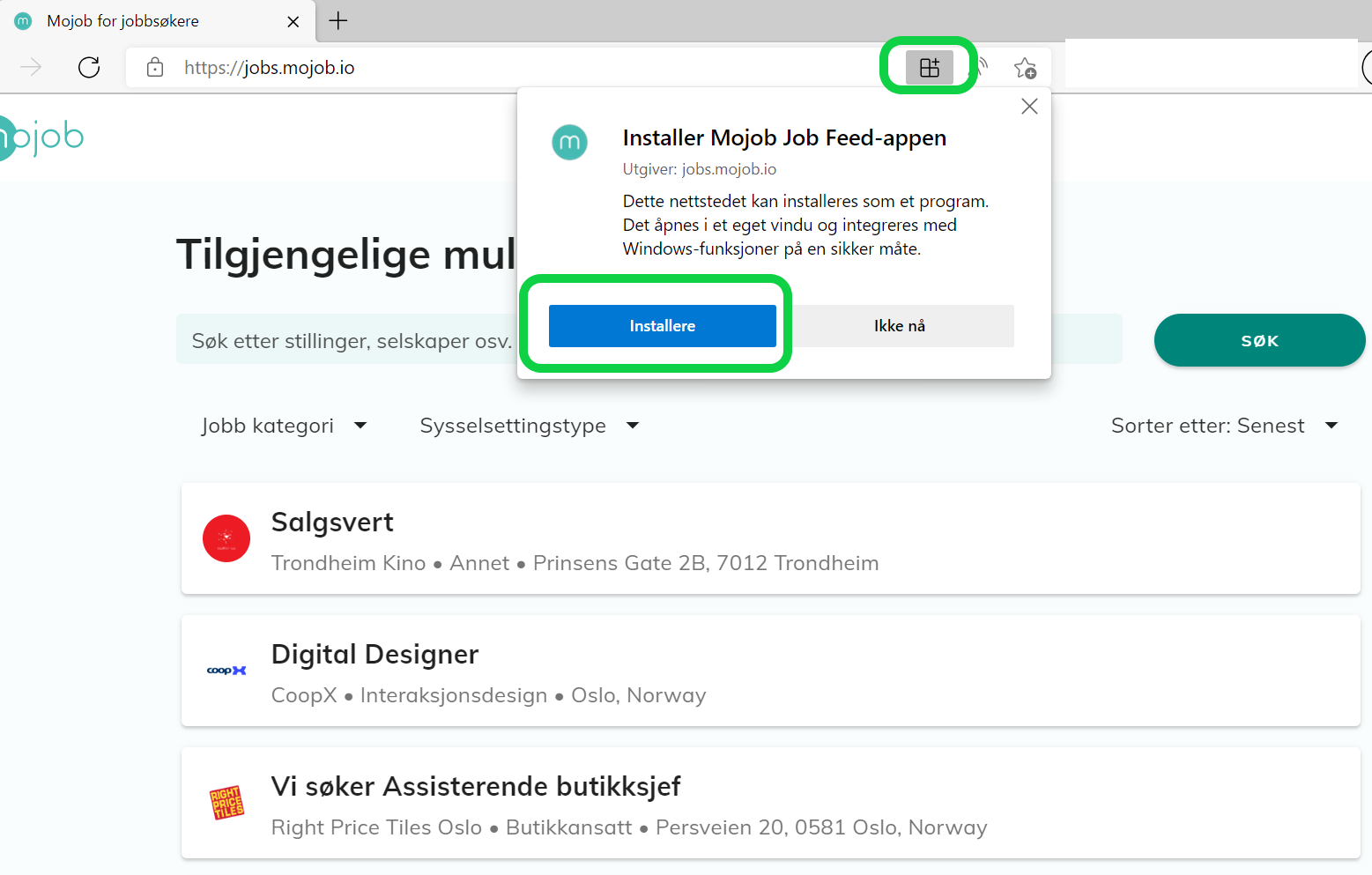