We are happy to announce the release of NowForce Mobile Application which include many new feature:

Incident type can now be associated with more than one form template, each form template can be viewed, edited and duplicated by the responders based on their group's relation and in case having designated permission.

This will allow Responders to pick from the incident form dropdown the most relevant form template and/or duplicate an existing form if needed. For instance: 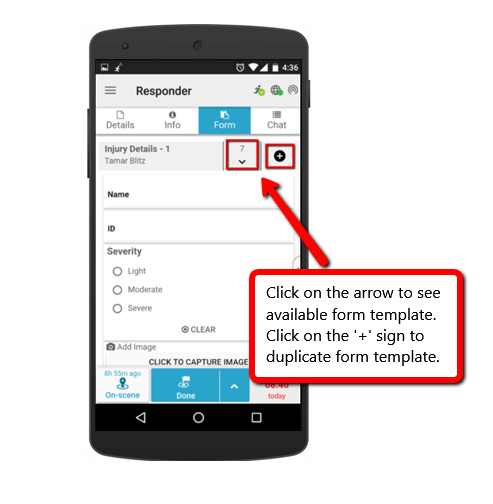 A new ‘Comment’ field was added to the incident window where the user can now enter further incident details when creating a new incident.
All the dispatchers and active users in the incident will see the comment in the ‘Details’ tab, and will also be able to edit the comment (with a designated permission): 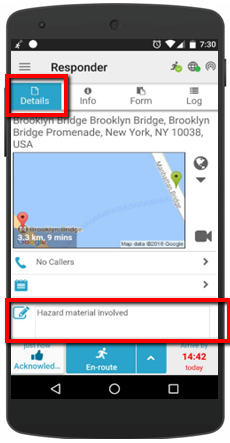 Messages can now be edited using the ‘WYSIWYG’ editor when sending App messages (both from the dispatcher and from the mobile): 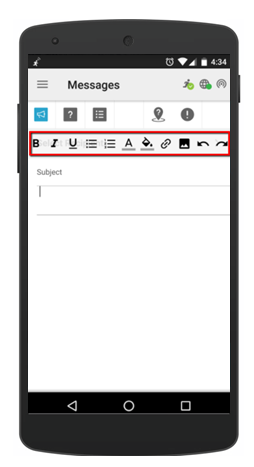 Responders (with a designated permission) can now Activate/Deactivate a Role and/or an Equipment of their user. This new feature will allow them to more define accurately their current status and relevance for dispatch. This feature allows Responders to change roles or available equipment depending on their current location or shift. 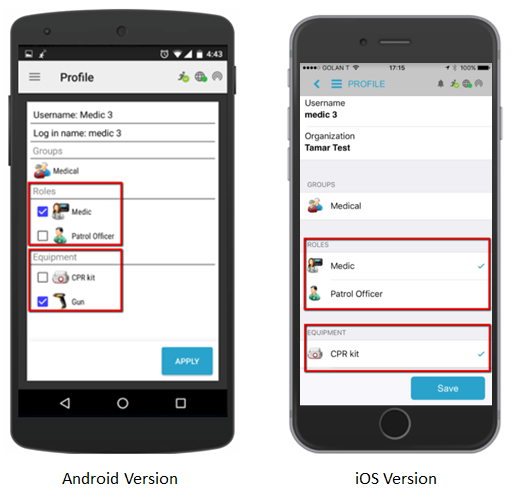 Supervisors with a designated new permission, can now decide to join an incident under the supervisor’s jurisdiction as an active responder, even in situations where he was not dispatched to the incident: 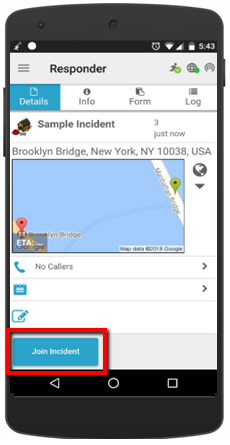 Permission Access to view and edit 'All Done' incidents:

Responders with the designated permissions can now chose to view 'All Done' incidents and edit them in case needed: 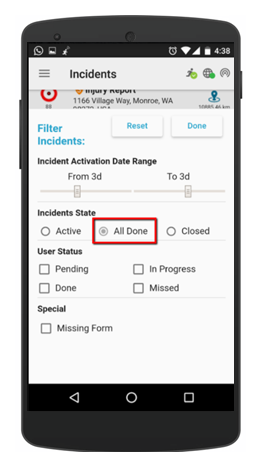 Due to information overload in the log/chat tab, the log tab will include for now on only chat updates.