What is an Incident PTT channel?

The incidents PTT channels are located on the Incidents tab in the Channels (PTT) panel. Each channel displays the Incident Type icon and name as well as the incident ID number. The channels are sorted chronologically based on the most recent message transmitted. 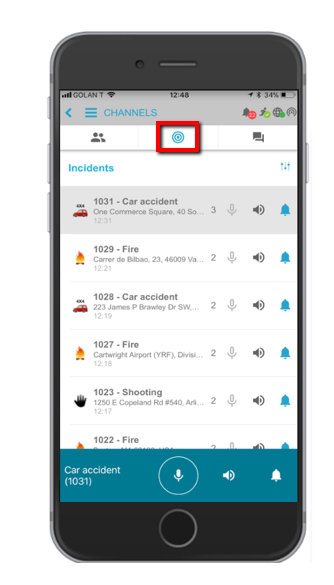 Select an incident channel to view all the channel conversations. With the channel selected you can transmit voice (or text) messages and view a list of the channel members 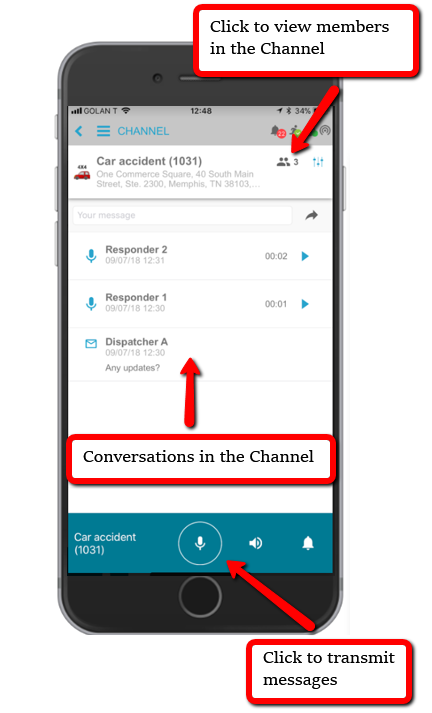 To learn more about using the the channels PTT feature: