T
Written by Talia Feigenbaum
Updated over a week ago

We are excited to share the latest updates on the Verint NowForce Version 5.4 (released to our SaaS customers in October, 2019). The new version includes new capabilities and UI improvements in multiple modules of the Verint NowForce platform. Some of the following features have accompanying features detailed in the NowForce mobile app release notes.

You can now assign two addresses for one incident where the Responder is expected to arrive at one location and then move onwards to another location. 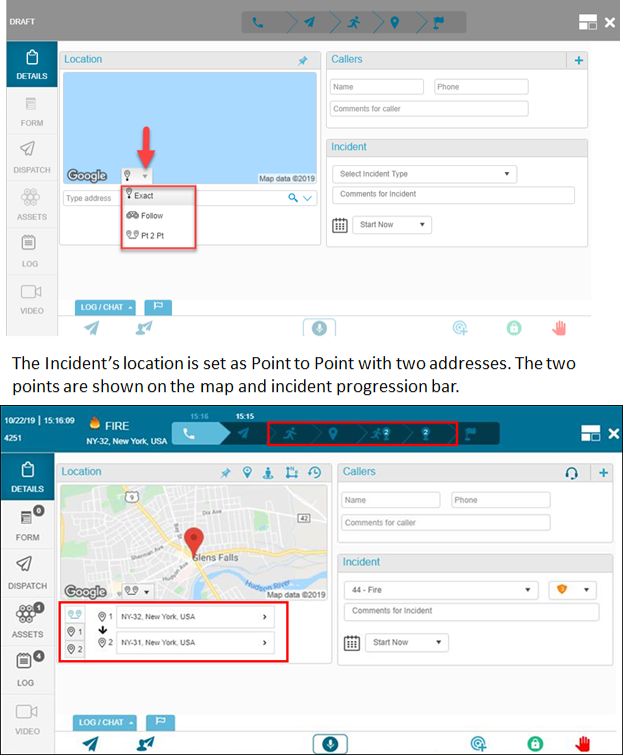 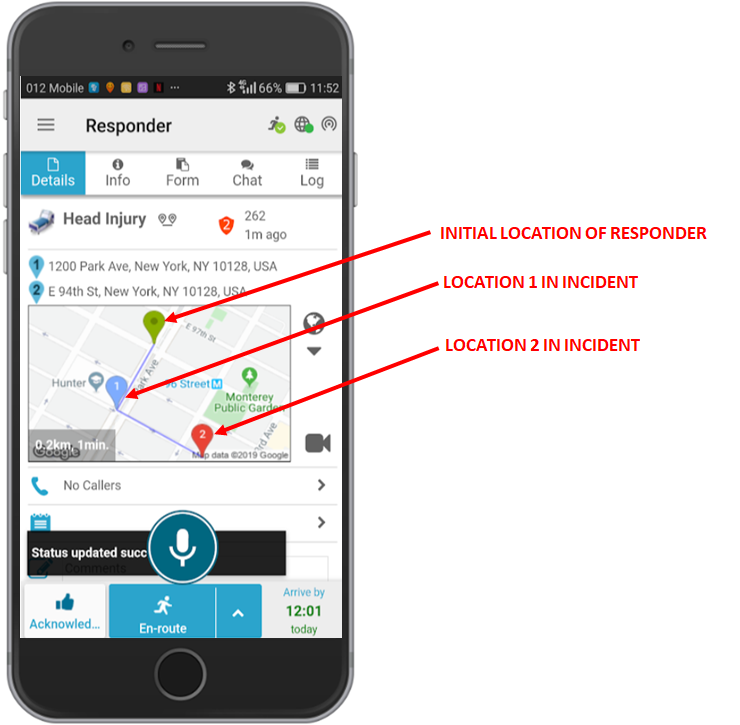 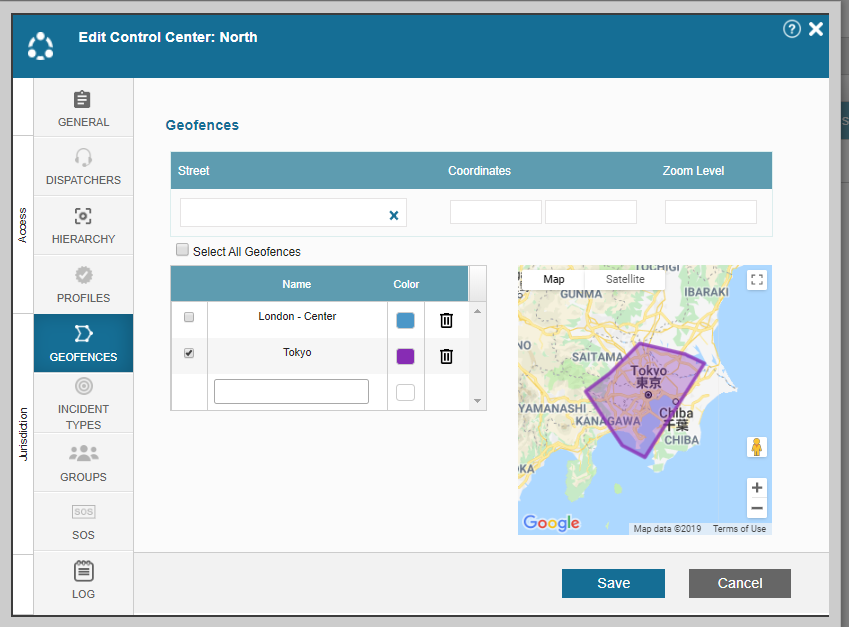 For more details about the new UI read here. 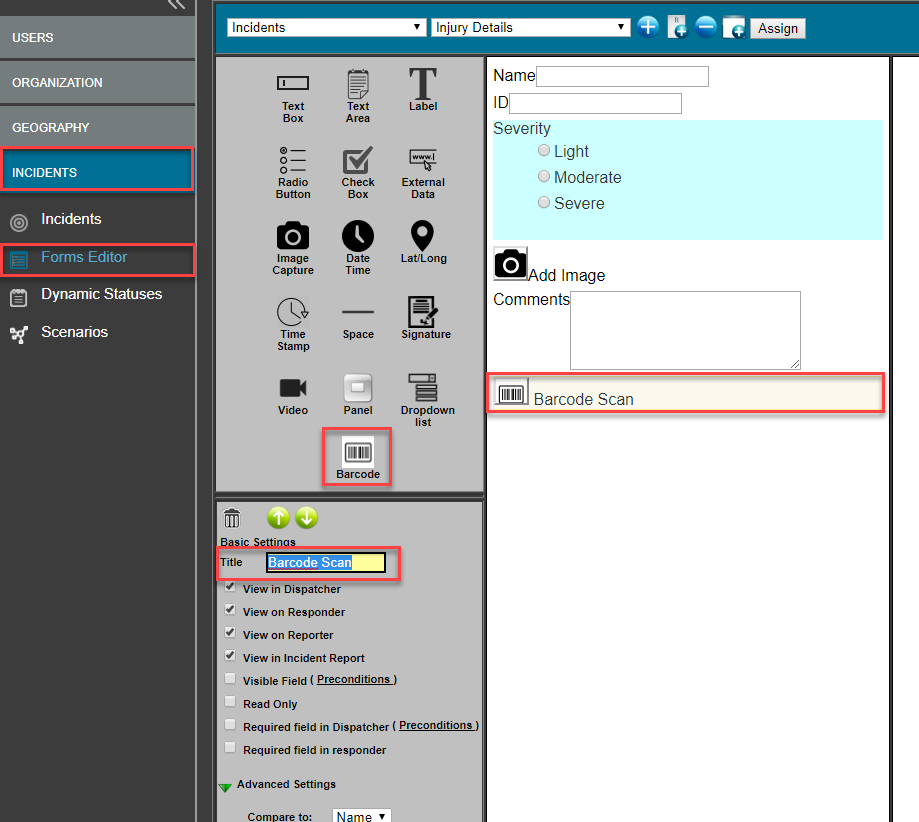 Responders filling Incident forms can scan a barcode and the system will verify whether the scanned code matches another code.

A mismatch generates a warning  in Dispatcher and in the Responder  app. 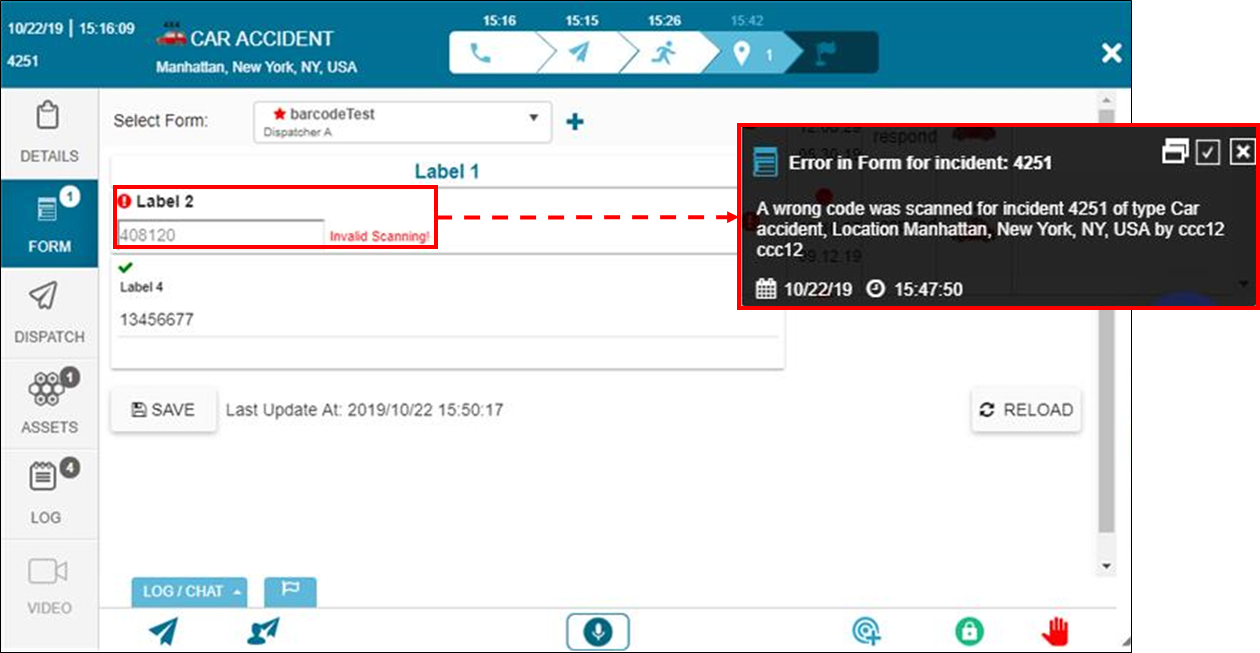 A new search category in Incidents panel, Search in Incident Forms, has been added. This feature enables the Dispatcher to locate incidents based on form content.

All an Incident's forms can be accessed using the new Incident panel's form column. Hover over the form count  and the Form Status modal opens. 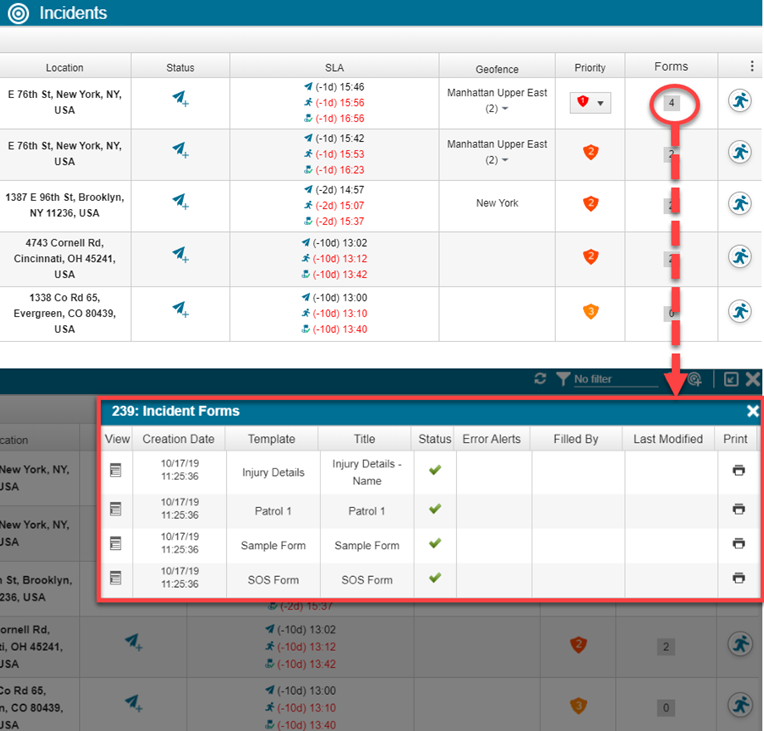 You can read more about the Incident Panel here.

We have made several additions to the Units module to improve the unit dispatch behavior: 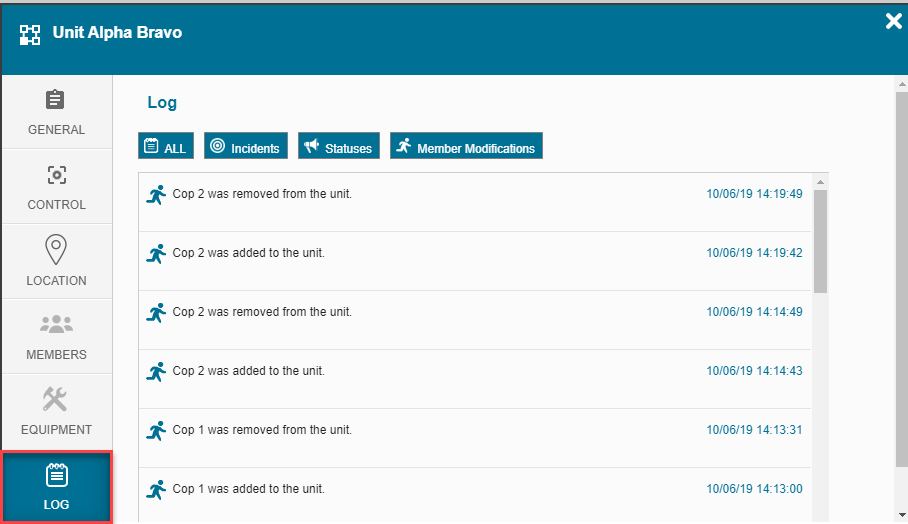 The dispatch engine has new parameters enabling the system to dispatch users based not only on their current location but also on their anticipated location determined by their current incident load. 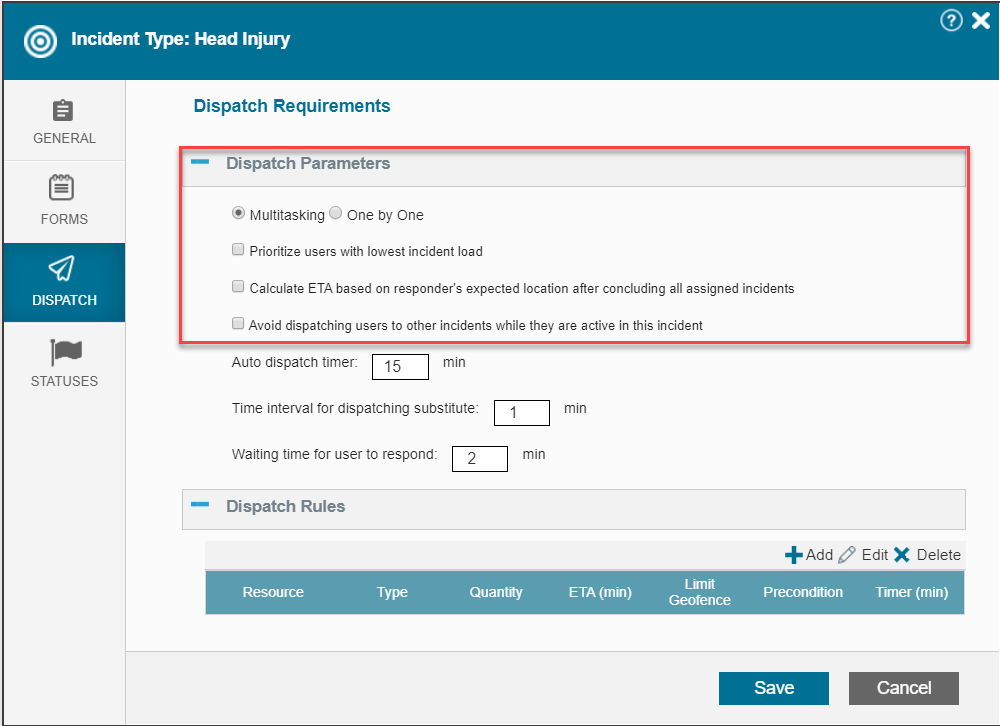 New functionality enabling customer defined Assets Types has been included in this release. 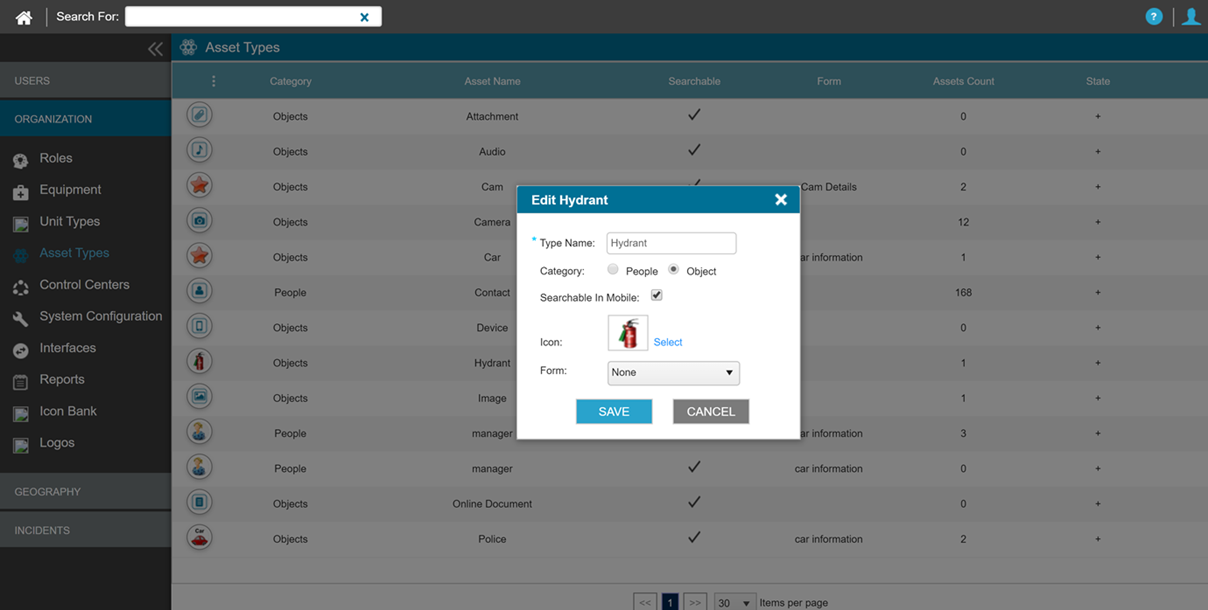 When cancelling an incident, the Dispatcher can now add a reason. 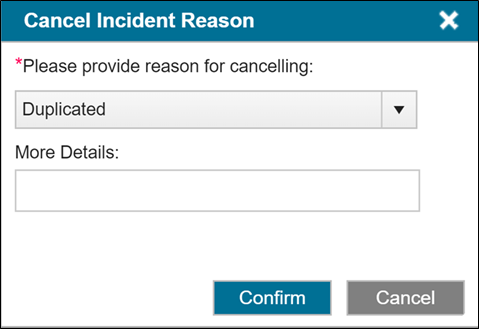 The Icon Bank settings screen has been completely redesigned with new UI. 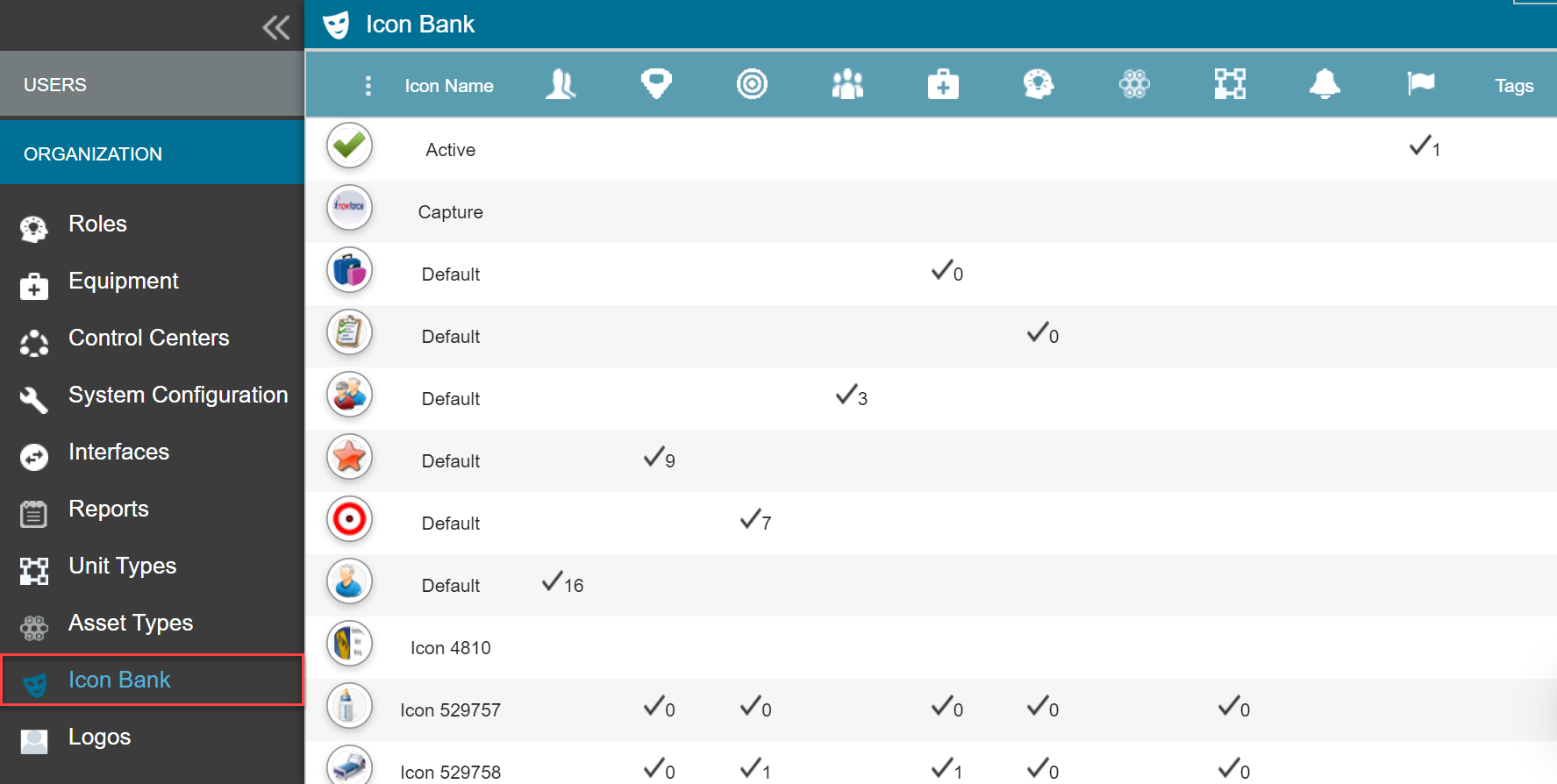