Written by OneSoil Support
Updated over a week ago

The report offers full information on your field: productivity, soil brightness, and relief. 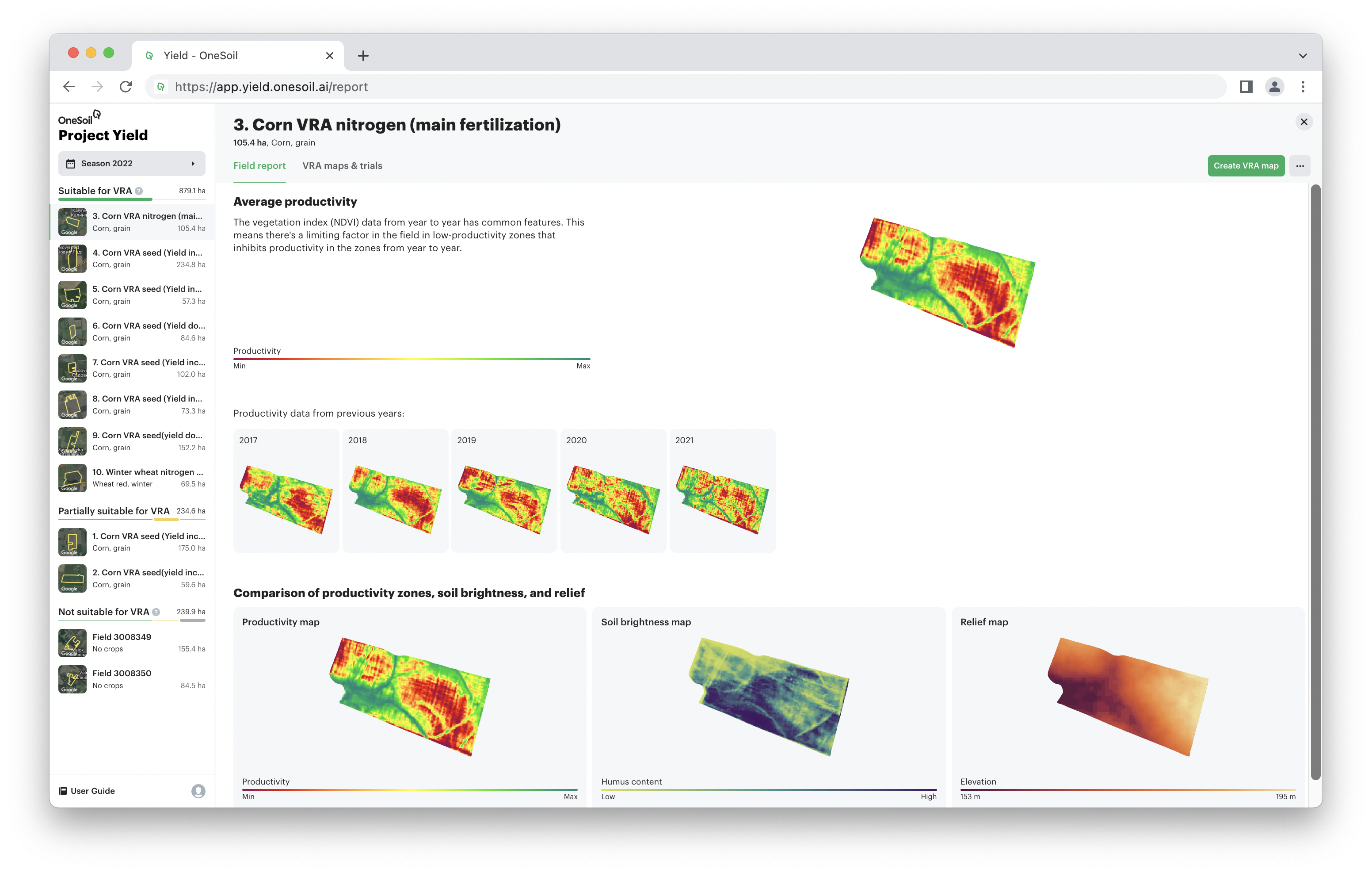 By studying these three layers of data, you can conclude which of 4 factors are limiting yield in the low-productivity zone:

Let's look at a couple of examples. The picture below shows the low-productivity zone is in light soil and at an elevation. That means that low moisture and nutrient content is probably limiting yield in the top part of the field.

In the second case, the low-productivity zone is located in a low-lying area with high levels of organic matter and nutrients. That means that the field experiences waterlogging year after year.

Now you know in which fields VRA technology can be used. Having learned all the strengths and weaknesses of your field, it's time to set up a trial and create VRA maps to get the most out of your field!

Are you ready to get down to business?

We'll explain how to plant and fertilize the smart way.

Learn how to create a VRA map →