Written by Becky
Updated over a week ago

Area charts are a lot like line charts, with a few subtle differences. They can both show change over time, overall trends, and continuity across a dataset. But while area charts may function the same way as line charts, the space between the line and axis is filled in, indicating volume.

The example below consists of data relating to population growth over time: 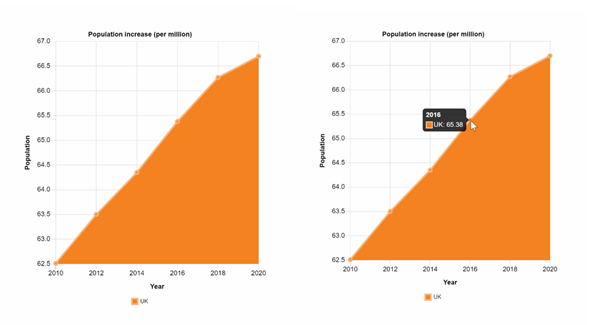 Return to the Adding Interactivity collection

Other articles in the ‘Module Types: Charting’ series

How do I add a chart?
Chart terminology
Which chart works for my data

Click for the full User Guide library
FAQs
Did this answer your question?