Follow Norman McKay: a Practical Example of Plantiga in Action.

Written by Lauren Fridman
Updated over a week ago

Norman is a 30 year old male who sustained a right ACL rupture and is rehabilitating through a standard physiotherapy program after reconstructive surgery. Plantiga insoles alongside Plantiga’s standardized tests help measure Norman’s progress over the course of his program. 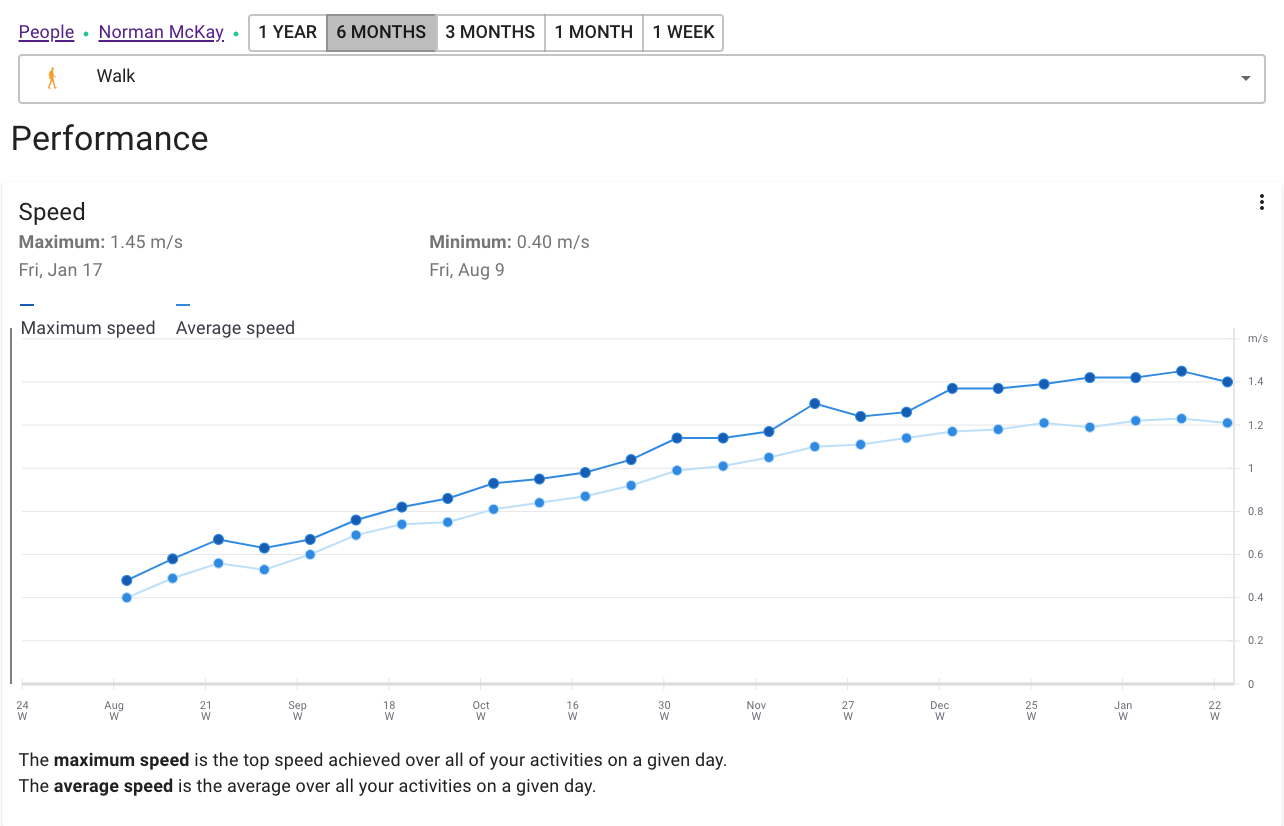 >  Walking Asymmetry - Immediately after rehabilitation, Norman exhibits a left
asymmetry of 25%. By 12 weeks post-op, it decreases to be within a normal
range, roughly 10% left asymmetric. By 20 weeks post-op, Norman’s asymmetry
is 0% and through his physiotherapy program, he has strengthened his injured
leg to the point where he is occasionally overcompensating, resulting in a right
asymmetry, still within the normal range. 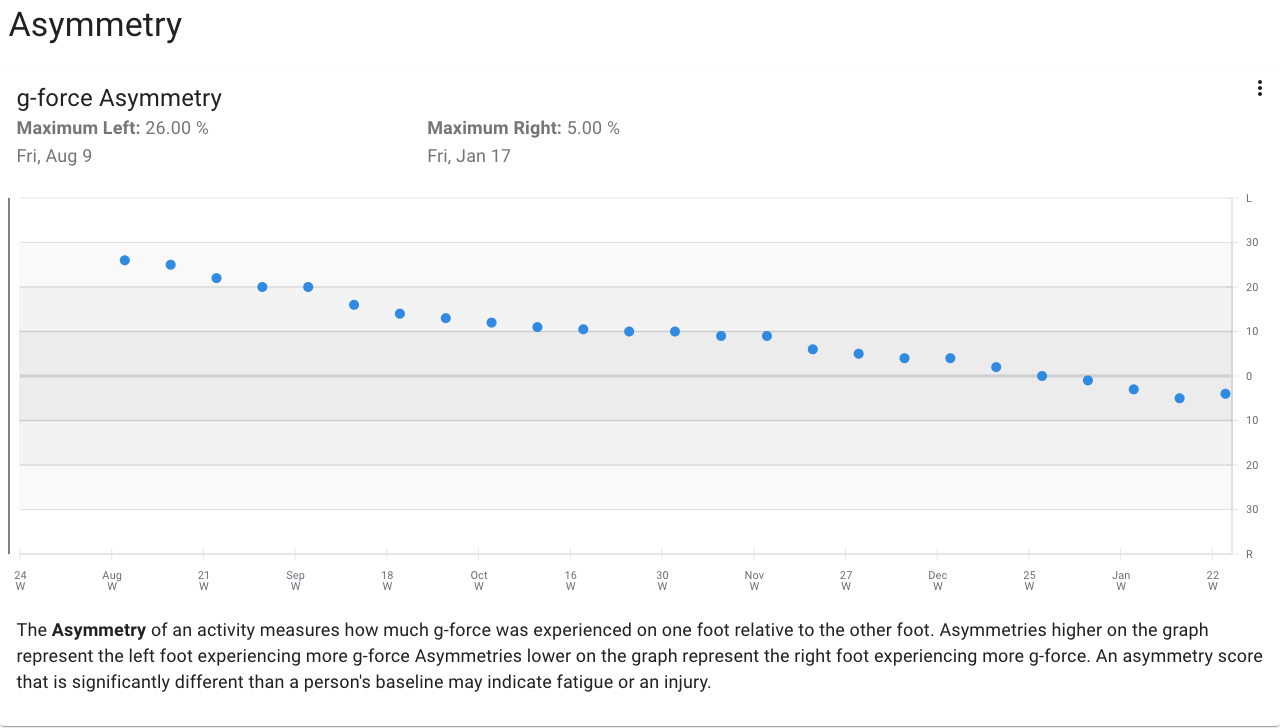 >  Running Speed - Norman begins running at 4 m/s. Every few physiotherapy
sessions, the the quality of Norman's running mechanics will be assessed
before increasing the speed. By 20 weeks post-op, Norman is up to running at
6 m/s. 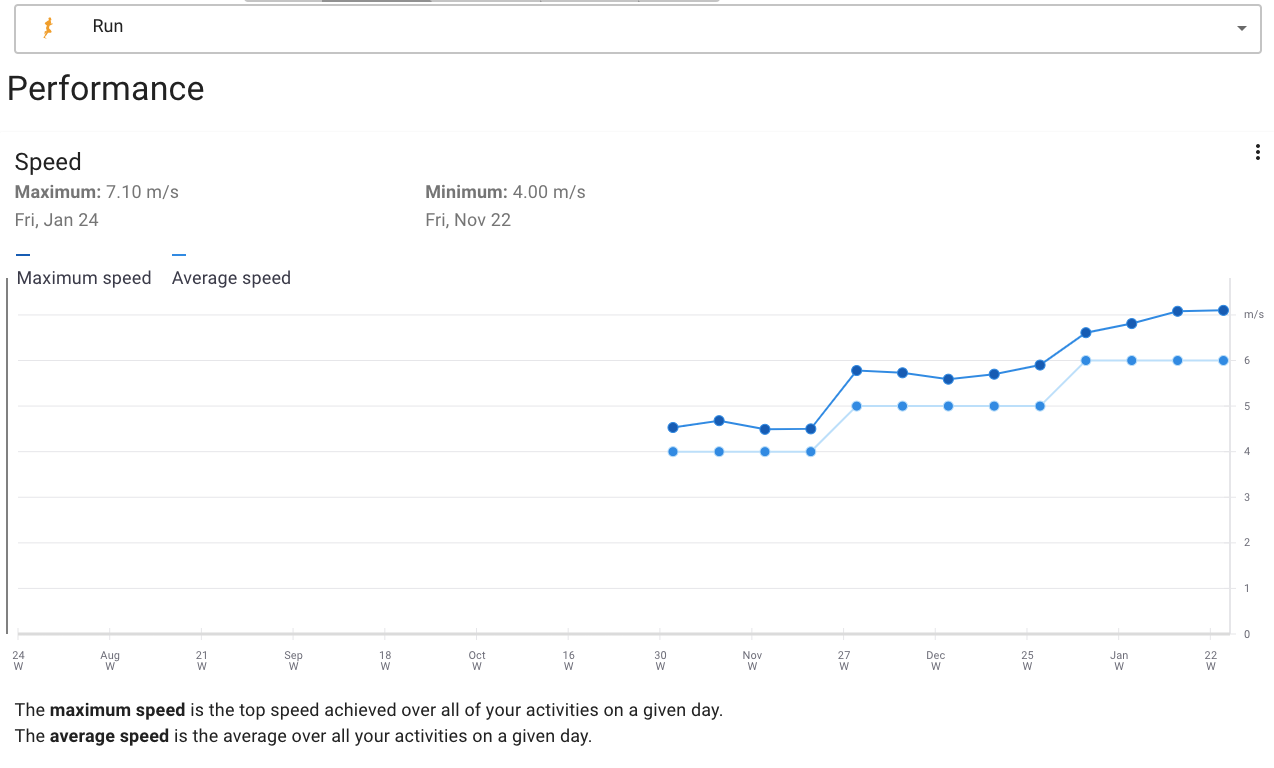 >  Running Asymmetry - At 12 weeks post-op, when he had just started light
jogging, Norman presented a left asymmetry of 18%. By 17 weeks post op,
Norman has decreased his left asymmetry to be within a normal range of
roughly 10%. 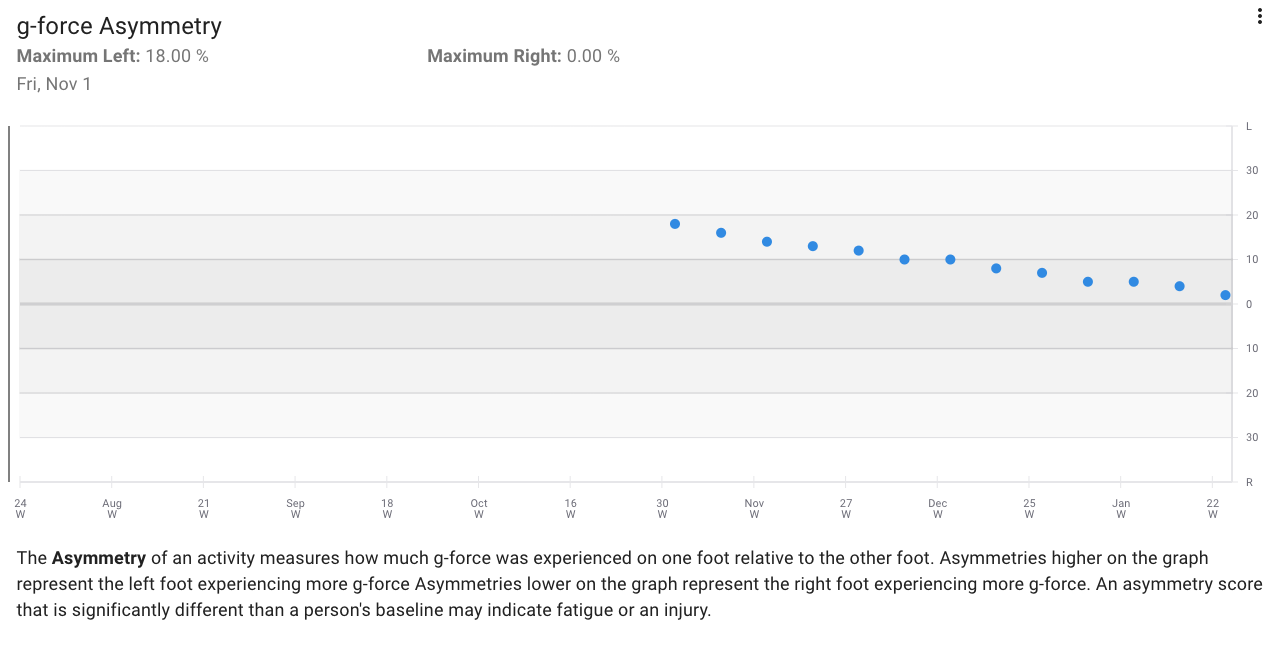 >  CCMJ RSI - Norman begins his jump tests with a reactive strength index (RSI) of
0.3. By 19 weeks post-op, Norman has increased his CCMJ RSI to 0.6 and is
showing good jumping mechanics. Due to this increase in RSI alongside proper
jumping mechanics, he is ready to add single leg jumps to his rehabilitation
program. By 24 weeks post op, Norman has increased to an RSI of 0.8, a value
within 10% of his baseline RSI, indicating that if he is showing good mechanics
in his single leg jumps, he is ready to begin gradual return to play.

>  CCMJ Asymmetry - Norman begins jumping with a 20% left asymmetry. By 20
weeks post-op, he has decreased his asymmetry to roughly 14%, and by 24
weeks post-op he is back into the normal asymmetry range of less than 10%. 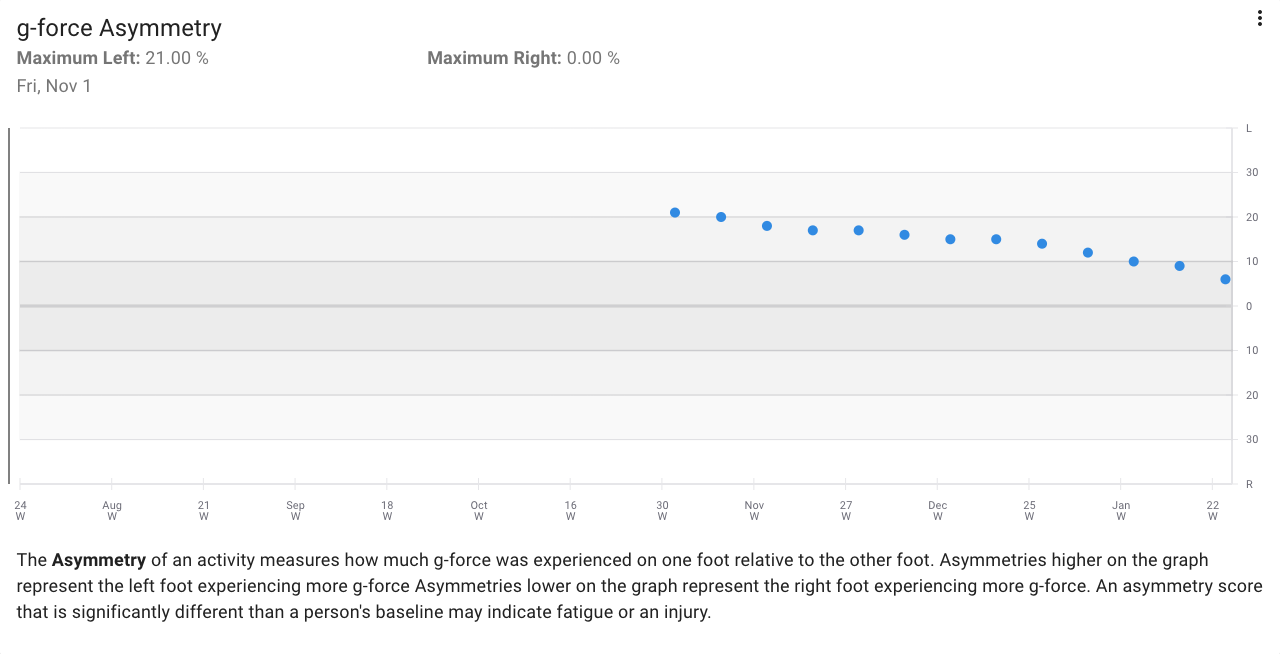 After 24 weeks of rehabilitation, Norman is close to his baselines and he can begin the return to play process. With Plantiga’s objective measurements and a tailored rehabilitation program, Norman is confident in the final stages of his ACL rehab and has the peace of mind that he is not at risk of re-injury when returning to sport.