Written by Renaud Bressand
Updated over a week ago

Too busy to start from scratch, but excited to start learning how to use an API-based CMS? Get a blog up and running in minutes. Modify and adapt it to your liking, it's all yours! 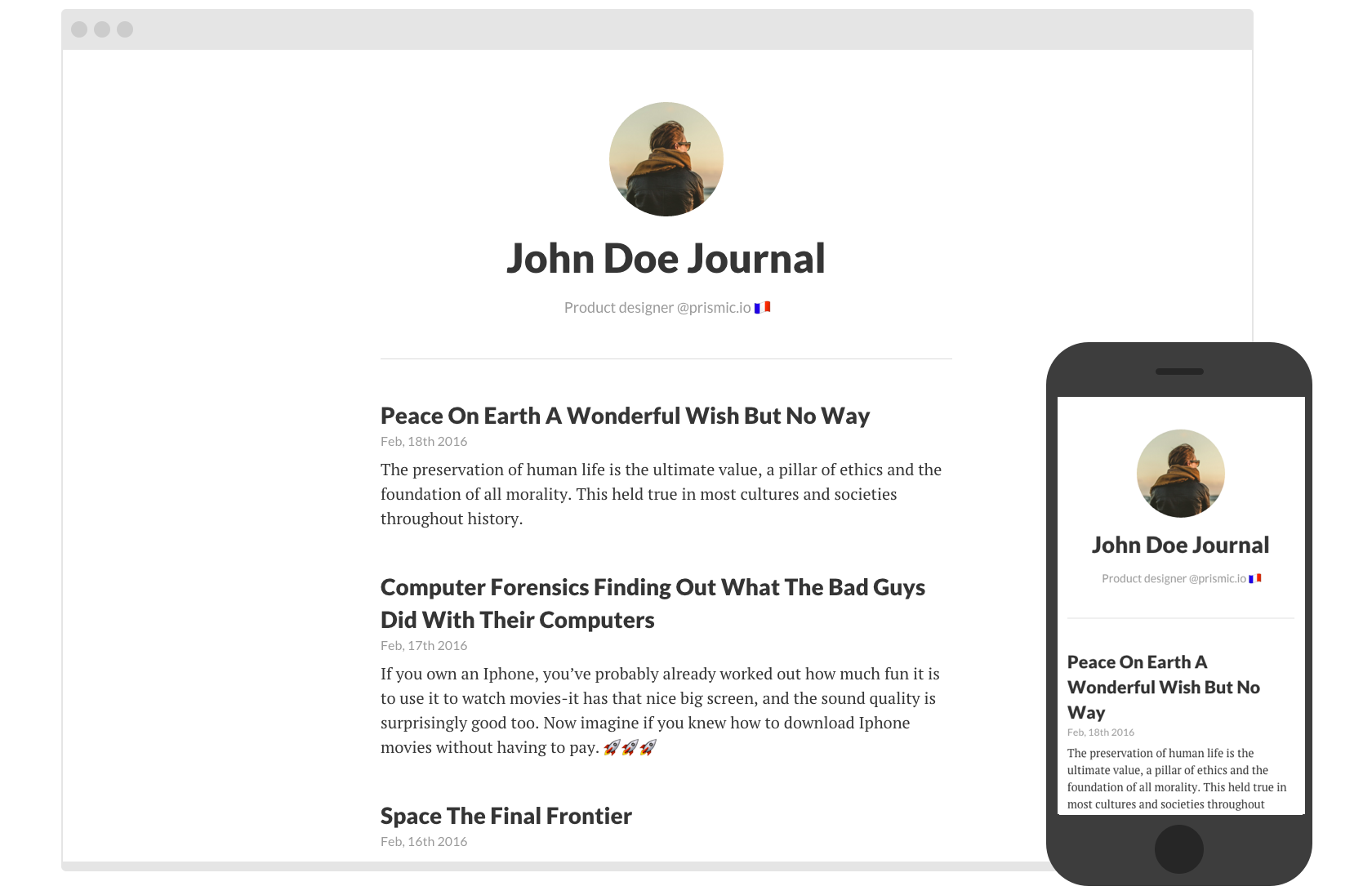 First, Install the prismic-cli package. Launch a terminal instance and run the following command to install the package globally.

Sometimes it's possible that this command doesn't work. If that's the case for you, try executing a sudo command: sudo npm install -g prismic-cli

Make sure you're using the latest version of the CLI, which you can check on npm; otherwise, the theme command won't add any Custom Types or Content correctly to the newly created repository.

Check your version by running prismic --version command in your terminal.

Once it's been installed, navigate where you want to create your new project folder and run the following command:

This will create a new Prismic content repository, set up the custom types, create a few documents, and install the project code.

Now, open your project folder in the terminal and run the following command:

Then this next command will launch a local development server at http://localhost:8080.

An easy way to deploy your PHP application is to use Heroku. Just follow these few simple steps once you have successfully signed up and installed the Heroku toolbelt:

Commit your code to the Git repository and deploy it to Heroku:

Ensure you have at least one node running:

You can now browse your application online:

Customize to your likings

You should easily find what to modify in the code to customize the blog: just edit the stylesheets and the templates to fit your design!