Explanation of the newly designed reporting

Written by Julian Freese
Updated over a week ago

We also provide a German version of this article.

Here are some ideas, on how the reporting could be useful:

In the next paragraphs, the new reporting will be explained in more detail:

After the campaign has been completed, click on the "Show analytics" button to access the new reporting.
At the beginning it should be mentioned that on the one hand you have the possibility to download the reporting as PDF, on the other hand you can forward it directly via the "Sharing Link" (see screenshot below).

The next category is "Reporting Summary". This shows you a short summary of the most important facts about the campaign. It includes the number of influencers and what actions have been taken, the total reach of the campaign and the costs. 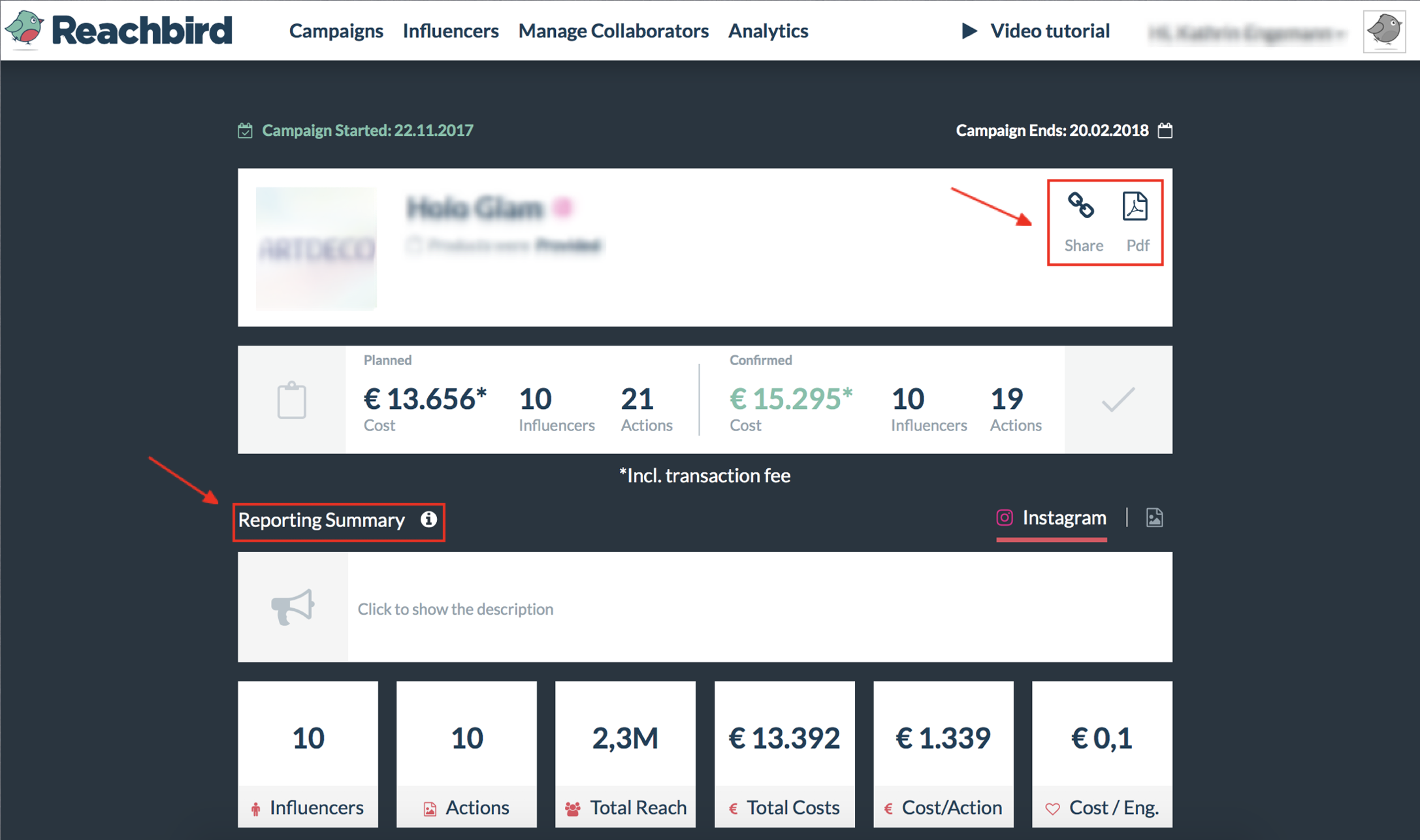 The category "Visibility" contains the total number of followers of all influencers, the estimated impressions and the estimated unique reaches.

Next you will find the category "Commitment". On the left side, a distinction is made between "Total Engagement", Likes and Comments.

On the right side you will find the "Sentiment", which shows how the followers reacted to the postings. It results from an analysis of the collected comments and reactions. Furthermore, you can see the "Engagement Rate" and the "Average Engagement per Action" in the figure.

The "benchmarks" are shown below. Here the general benchmark and the campaign-related values ("this campaign") are compared. The benchmark is based on all data collected from all completed campaigns. This comparison is made for the cost per engagement (left) and for the engagement rate (right).

Then follow the diagrams of the "Brand Follower Growth" and the "Campaign Engagement Timeline".
The first diagram shows you the increase in followers that the customer was able to generate on his account during the campaign.

The second diagram describes at which points in time engagements with the contents of the campaign took place.

The following category lists the "Participated Influencers" and their achieved values. Here you have the option to choose between the individual influencers and to analyze their "key performance indicators" in more detail. 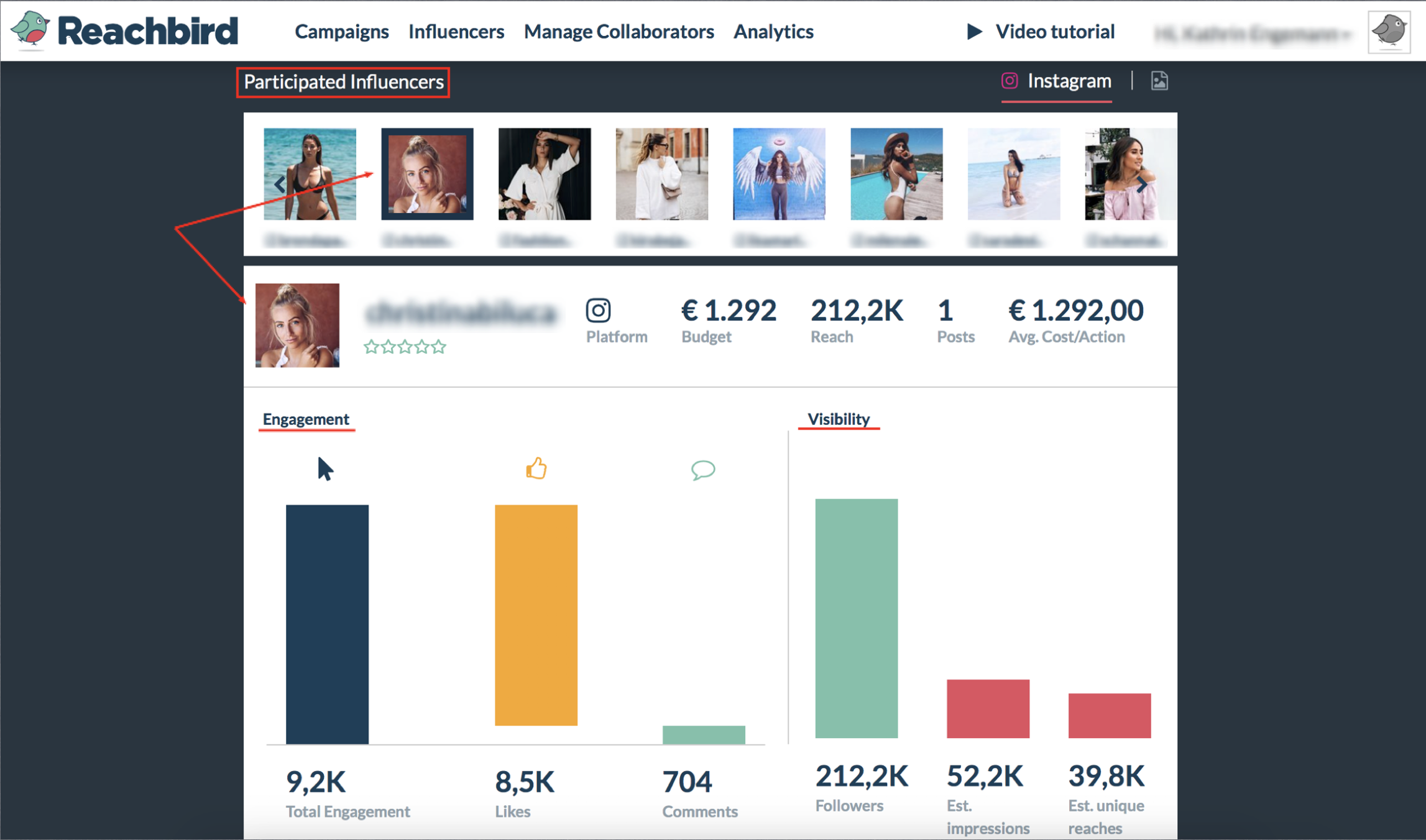 If you have any questions, please do not hesitate to contact us: social@reachbird.io