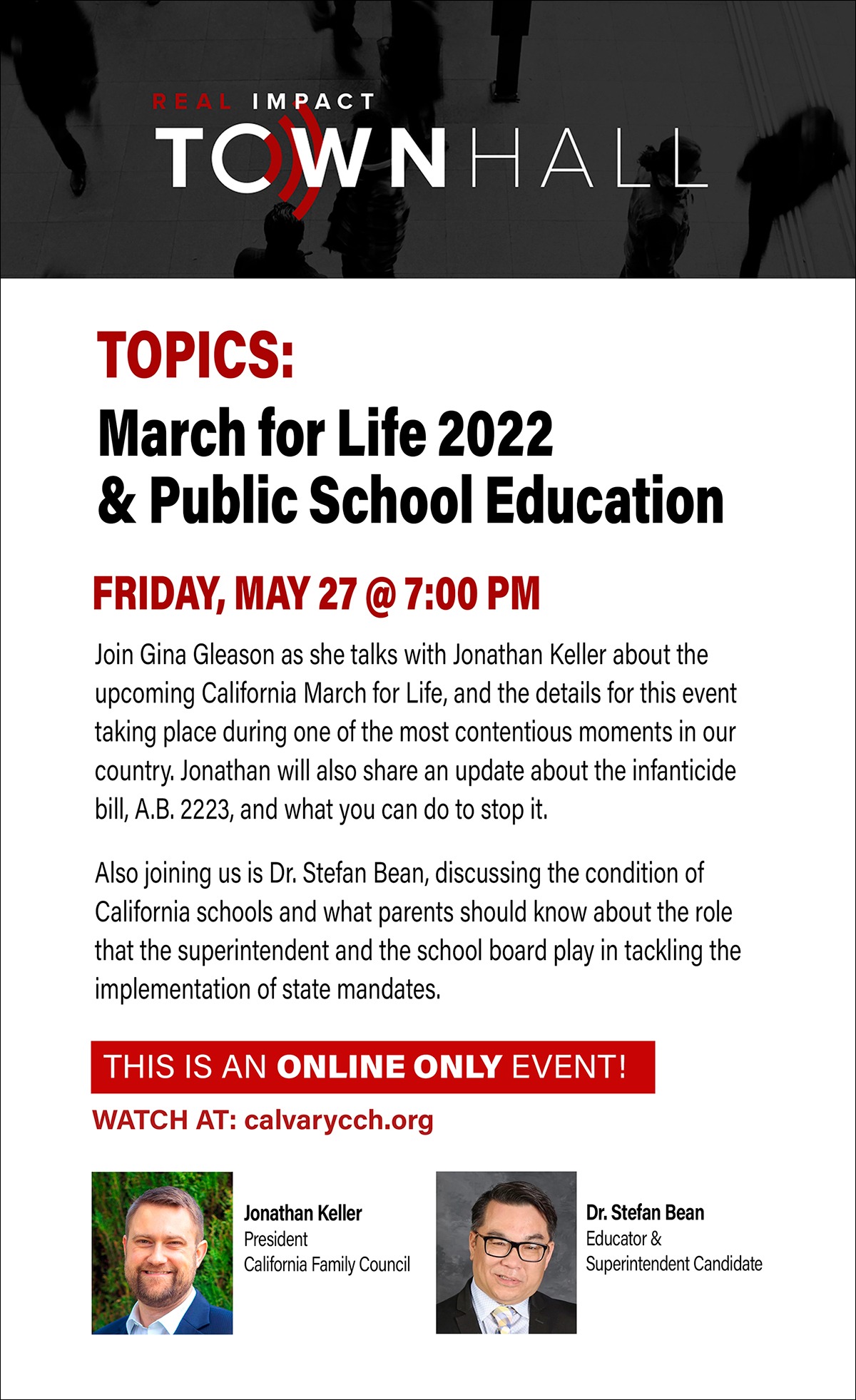 CLICK HERE to WATCH on Friday, May 27 at 7PM

The Townhall can also be viewed on the following platforms: 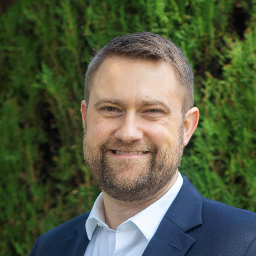 Jonathan Keller is President of California Family Council (CFC). He joined CFC in January 2014 after more than 15 years in pro-life ministry.

Jonathan began defending pro-life principles in high school with Sacramento Teens for Life. From 2003-2013, he served Right to Life of Central California where he helped Lila Rose launch Live Action and worked to expand the pro-life movement throughout California.

Jonathan is an Eagle Scout and a graduate of Fresno Pacific University. He and his wife Julia live in Fresno with their 4-year-old Hudson and 2-year-old Wesley and are members of Campus Bible Church. 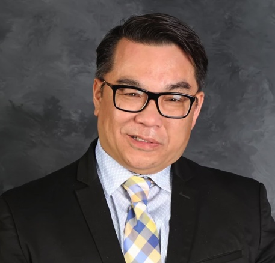 Stefan has devoted his career to education, serving California’s students as a teacher, principal, education consultant and superintendent. Having grown up as an English language learner and as a student with a disability, he possess a deep personal connection to all students. His belief is to unleash the potential in every student through an inclusive and rigorous education, rooted in the empathy for all scholars and 21st Century competencies like STEAM.

He will share his history which includes living with a disability caused by polio.

Dr. Bean's experience is vast, as he has spent over 20 years in education. He spent four years teaching, then spent 10 years as a principal over two different schools. Stefan went on to become the Associate Superintendent for Aspire Los Angeles, eventually assuming the role of Superintendent of the school for 3 years. Dr. Bean received his Master's in Education Leadership from Loyola Marymount University and his Doctorate in Leadership at California State University, Fullerton.