How To Apply Consequences to Cognitive Training To Increase Mental Toughness. 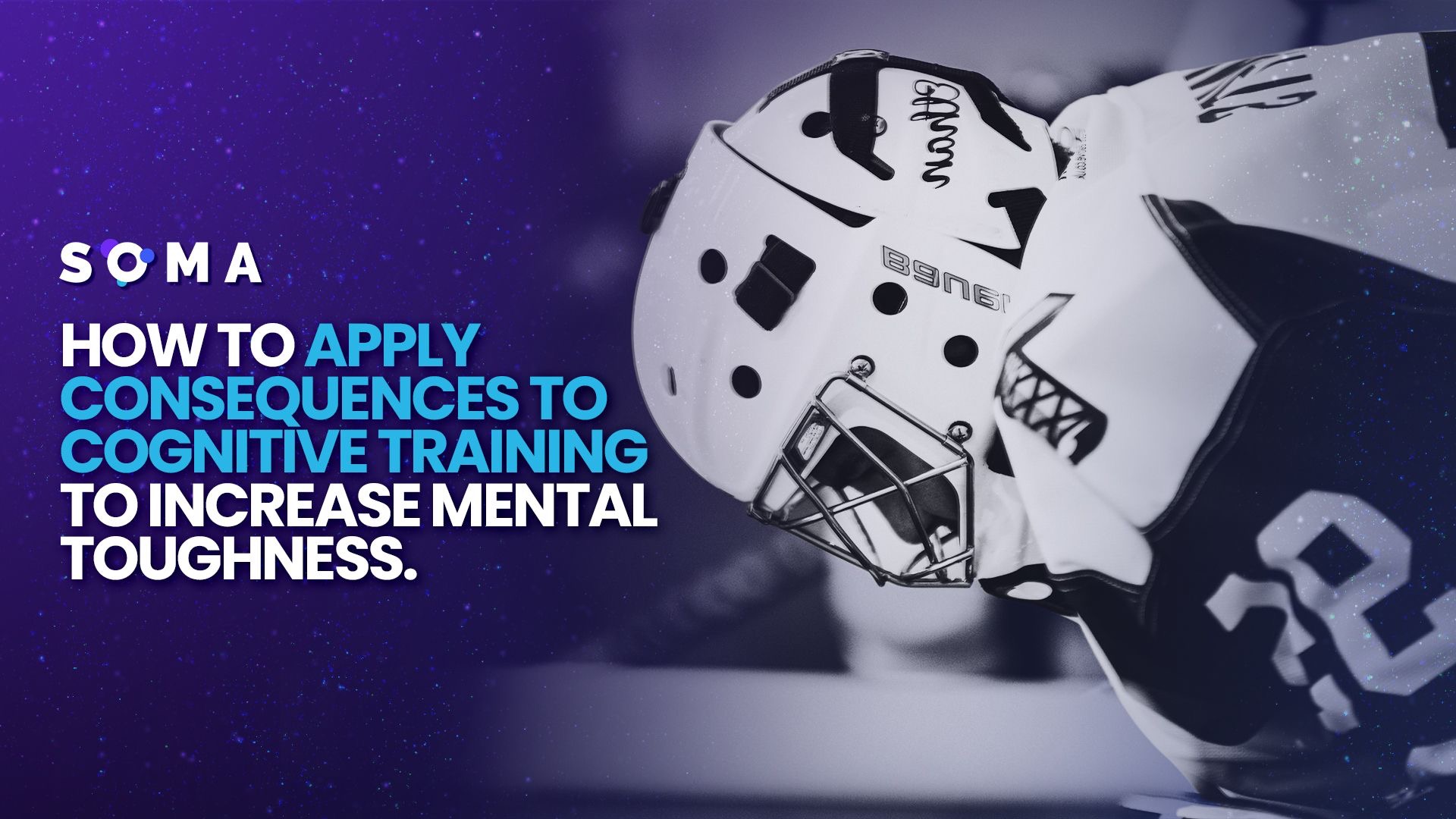 In any high-level sport, mistakes can be very costly and often we do not get second chances. One mistake can be the difference between winning or losing, getting the contract, or not getting the contract. Nobody wants to be on the losing side, and high-level athletes hate to lose. In order to push athletes to their limits and simulate the demands of high-level sport by challenging them during their cognitive training, we may want to teach athletes that mistakes have consequences. This can be done using Soma NPTs Consequence Mode, applied via Soma Analytics.

Every mistake they make extends the task by a number of seconds. Here, the negative consequence is the additional time they must spend performing the cognitive task. Often they respond to this time penalty by going faster and therefore end up making more mistakes. It is easy to be accurate when you are going slow but can you be accurate and fast? This is much more challenging. If you face a consequence, can you refocus and continue performing at a high level until the end of the task? Can you eliminate, or at least minimize, errors from your performances?

This is the purpose of consequence mode. To push athletes to their limits with consequences applied to modify their behaviour. To test and challenge their resilience to mistakes and see how quickly they can gather themselves to meet the challenge, refocus, and perform better in the face of their mistake-based consequence.

This skill requires mental toughness. It is the very same skill you need in sport when things do not go your way. It is much easier to perform well when everything is in your favour, we need our athletes to recover quickly from mistakes and to pull themselves together to make a performance comeback right after they have dropped the ball.

As shown in the screenshot below, this athlete had 63 consequences applied for incorrect responses. You can see their performance had deteriorated due to their anger and frustration of receiving consequence after consequence for every incorrect response. The rating of mental effort was rated at 10 as they had been pushed to their mental limits during this cognitive training session but the next time they engaged with the same task they responded faster and only had 7 consequences applied and rated the mental effort at 6 showing that it was less demanding on their brain.

So often we see athletes spiral in performance after a mistake. They make more and more mistakes, eventually clocking it down to just a bad day. However, we can train our atheltes to build the mental toughness required to recover from an error and then immediately perform at a higher more focused level. This kind of mental toughness can take years of competitive experience to clock up. Fortunately now you can target and train that very skill. 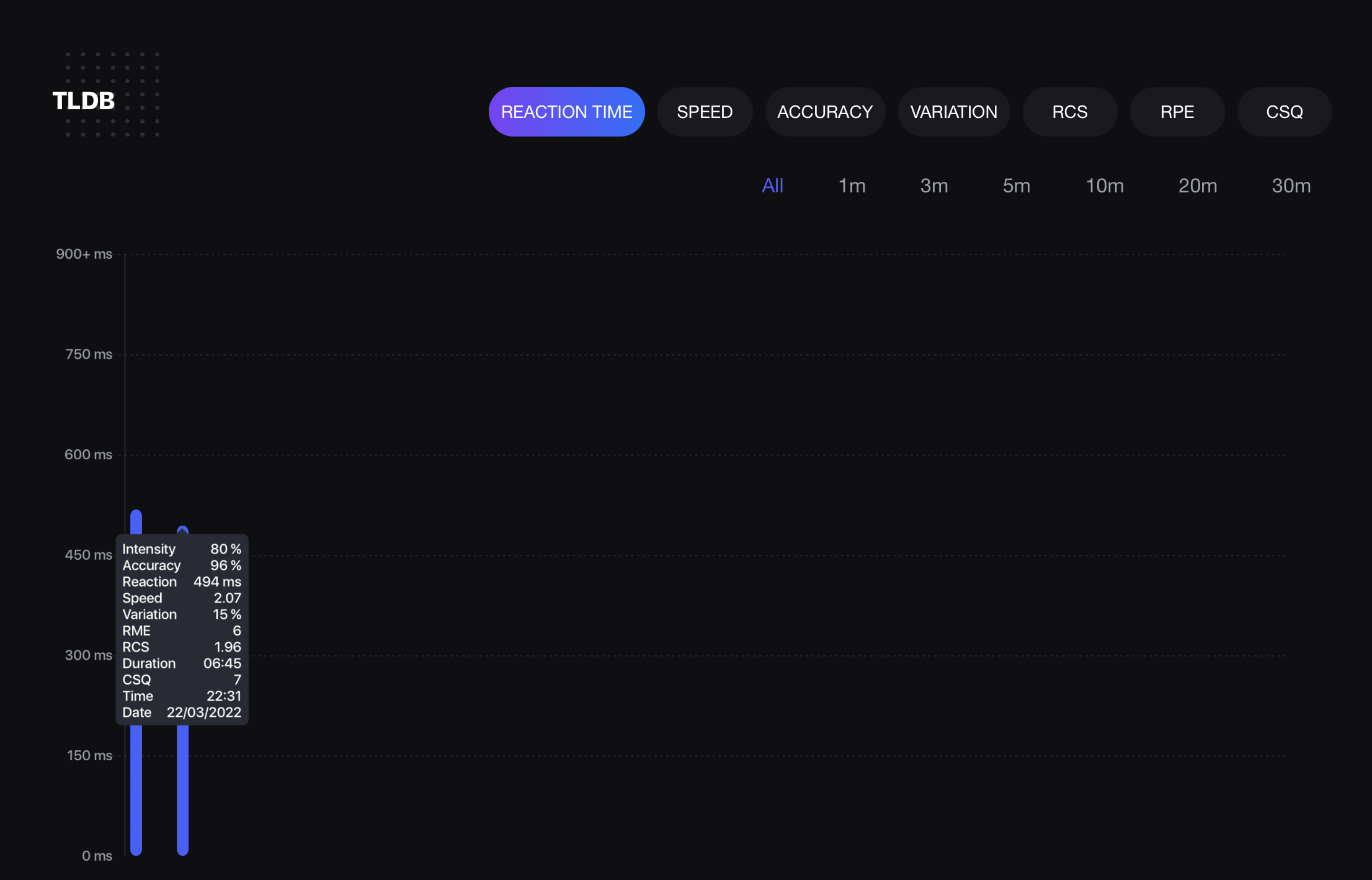 What does these Research Say?

Research has proven that athletes who are punishment sensitive are more mentally tough. This means that athletes that do not like a negative feedback/stimulus will adapt their behaviour to avoid this feedback. What does this mean? In simple terms, athletes who are more mentally tough hate losing or making mistakes more than anything else and will quickly adapt their behaviour to avoid this. They will adapt their performance under pressure.

Four studies were conducted with two primary objectives: (a) to conceptualize and measure mental toughness from a behavioural perspective and (b) to apply relevant personality theory to the examination of between-person differences in mentally tough behaviour. Studies 1 (N = 305 participants from a range of different sports) and 2 (N = 110 high-level cricketers) focused on the development of an informant-rated mental toughness questionnaire that assessed individual differences in ability to maintain or enhance performance under pressure from a wide range of stressors. Studies 3 (N = 214) and 4 (N = 196) examined the relationship between reinforcement sensitivities and mentally tough behaviour in high-level cricketers. The highest levels of mental toughness reported by coaches occurred when cricketers were sensitive to punishment and insensitive to reward. Study 4 suggested that such players are predisposed to identify threatening stimuli early, which gives them the best possible opportunity to prepare an effective response to the pressurized environments they encounter. The findings show that high-level cricketers who are punishment sensitive, but not reward-sensitive, detect threats early and can maintain goal-directed behaviour under pressure from a range of different stressors.

Study: The effects of punishment and reward sensitivities on mental toughness and performance in swimming.

Study: The Benefit of Punishment Sensitivity On Motor Performance Under Pressure.

Objective: Humans are often required to perform demanding cognitive and motor tasks under pressure. However, in such environments there is considerable inter-individual variability in the ability to successfully execute actions. Here, we consider how individual differences in self-reported sensitivity to punishment influence skilled motor performance under pressure and whether this relationship is moderated by the temporal detection of threat. Method: Across two studies, one hundred and sixty UK participants (Study 1, n = 80, MAge = 21.6, 52 Males; Study 2, n = 80, MAge = 24.95, 45 Males) performed a precision-grip task and received either early or late warning of an upcoming stressful manipulation involving social evaluation and performance-dependent incentives. Results: In both studies, we report an interaction where punishment sensitivity was adaptive for motor performance only when threats were detected early and there was opportunity to prepare for the upcoming stressor. Further, our results suggest that the benefits of punishment sensitivity are likely underpinned by the effective use of cognitive strategies. Conclusion: Heightened sensitivity to punishment is adaptive for performance under pressure, provided threats are detected early and effective cognitive strategies are implemented.