How To Integrate Cognitive Training With Physical Training. 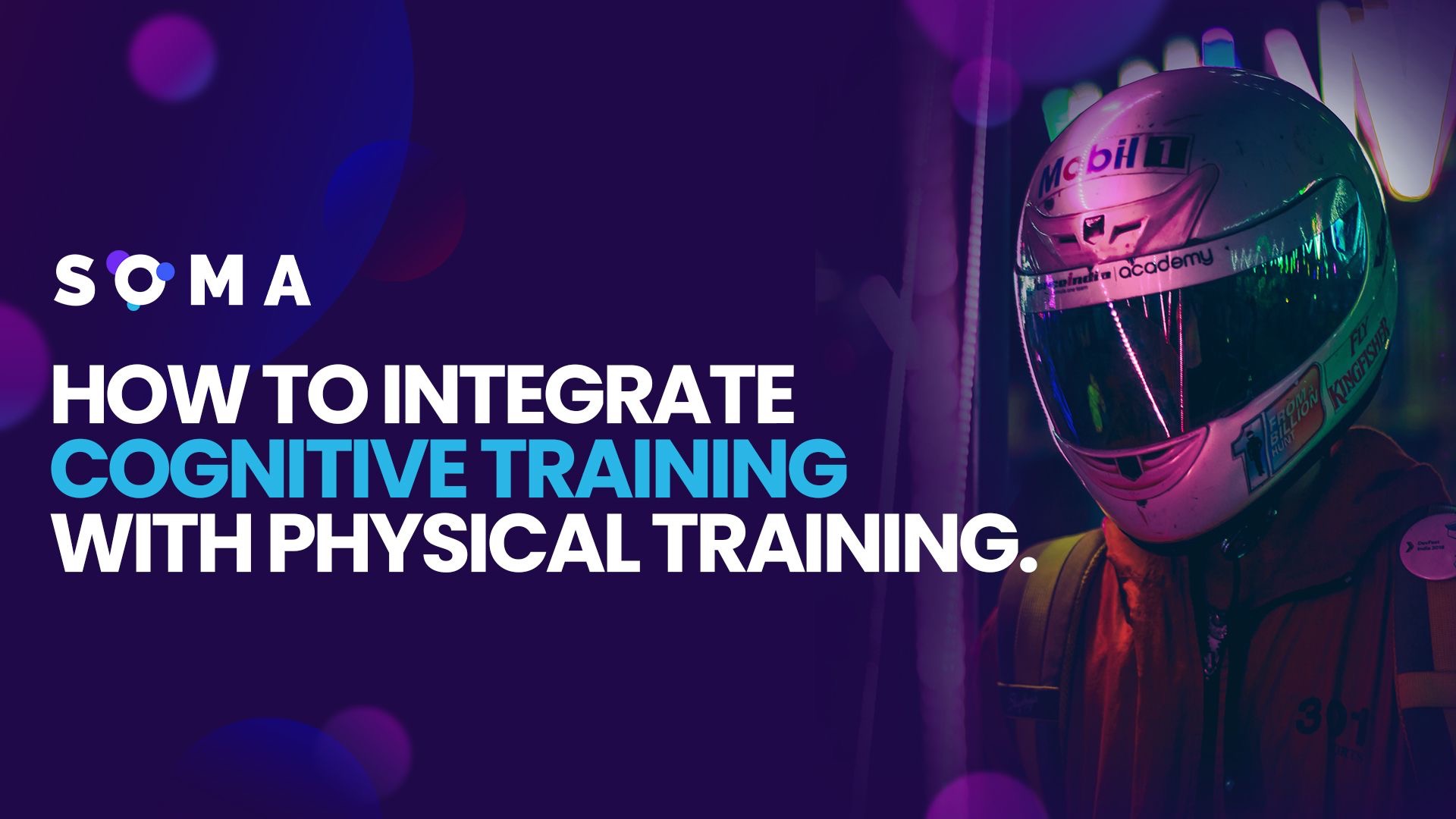 Cognitive training can be easily integrated into any physical training session, in this article we will cover intermittent and concurrent methods.

Performing cognitive tasks during rest periods during a physical training session. This is an easy integration as they are not doing anything in these rest periods anyway. Many time-poor athletes appreciate this option. Plus the additional workload can keep athletes more focused on the entire session.

Intermittent integration can be performed by

Performing cognitive training while engaging in cardiovascular training while maintaining a fixed heart rate zone. This is an extremely effective integration in terms of extending an athlete's mental capacity for mental and physical fatigue, as well as a time-saving option for busy athletes or teams who perform cardio sessions together.

Concurrent integration can be performed by

When integrating any cognitive training we strongly suggest that you follow a periodization model to ensure there is enough cognitive load on the athlete's brain. Without periodization, you won’t create enough cognitive stress, and training results will be minimal. However, too much cognitive overload can lead to under-recovery and mental fatigue. The challenge, therefore, lies in getting the balance right, so that you keep improving without exceeding the brain's capability to recover. Following trends in your athlete's cognitive and physiological measures will ensure that your programming is spot on.

The effect of simultaneous physical and brain endurance training on fatigue and exercise tolerance inactive people.

Pre- and post-testing: 36 participants completed dynamic rhythmic muscular endurance handgrip tasks requiring generation of as much force as possible once a second for 300 s, performed under 3 counterbalanced conditions: following 600 s of a 2-back memory/attention task (subsequent); while performing a 2-back task (concurrent); and on its own (solo). Cardiac activity, electromyographic forearm activity, pre-frontal cerebral haemodynamics (near infrared spectroscopy), and force were recorded. Training: Participants (randomised to a Control or BET group) completed 24 (6 weeks) submaximal hand contractions sessions. The BET group also completed concurrent cognitive tasks (2-back, Stroop). Measures of motivation, physical and mental exertion and mental fatigue were collected throughout.

The effect of simultaneous physical and brain endurance training on fatigue and exercise tolerance inactive people.

PURPOSE: Brain Endurance Training (BET) is a new training method that uses acute mental fatigue as a training stimulus to induce chronic reductions in fatigue during physical and/or cognitive tasks. The aim of this study was to test the efficacy of BET in alleviating fatigue during endurance exercise in healthy male adults. The hypotheses were that the combination of BET and standard endurance training increases endurance exercise performance and reduces rating of perceived exertion (RPE) more than standard endurance training alone.

METHODS: 35 healthy male volunteers were randomly assigned to two different training groups: BET and control. Both groups trained on a cycle ergometer for 60 min at 65% VO2max. Whilst cycling, the BET group performed a mentally fatiguing task on a computer. The control group was not involved in any mentally fatiguing task whilst cycling. Both groups trained three times a week for 12 weeks. VO2max and endurance exercise performance (time to exhaustion [TTE] test at 75% of current VO2max) were measured at baseline (pre-test), after six weeks of training (mid-test) and after 12 weeks of training (post-test). RPE was measured every minute during the TTE test. Data were analysed using mixed model ANOVAs. RESULTS: VO2max increased similarly in both groups from 40 ± 5 ml/kg/min to 52 ± 6 ml/kg/min (P < 0.01). However, TTE increased significantly more in the BET group (pre-test 28 ± 9 min; mid-test 39 ± 11 min; post-test 55 ± 17 min) than in the control group (pre-test 18 ± 5 min; mid-test 23 ± 7 min; post-test 28 ± 12 min) (p < 0.01). Analysis of covariance to adjust for the pre-test difference in TTE also revealed a larger improvement in the BET group (+126%) compared to the control group (+42%) (p< 0.01). RPE during the TTE was significantly lower in the BET group compared to the control group (p < 0.05).