All Collections
General
Stories
Reordering content in a story

Written by Support
Updated over a week ago 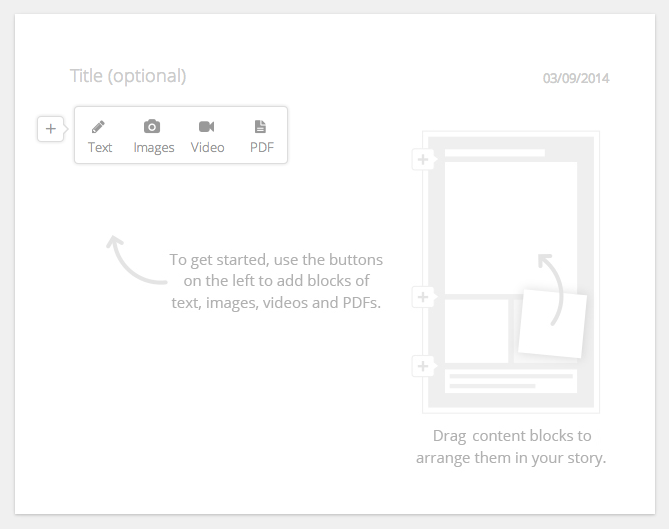 Click on any block of text, image, video or PDF and drag to move it.

Blocks of text, videos or PDFs take up the entire width of the story editor. You can move them up and down but not left and right. 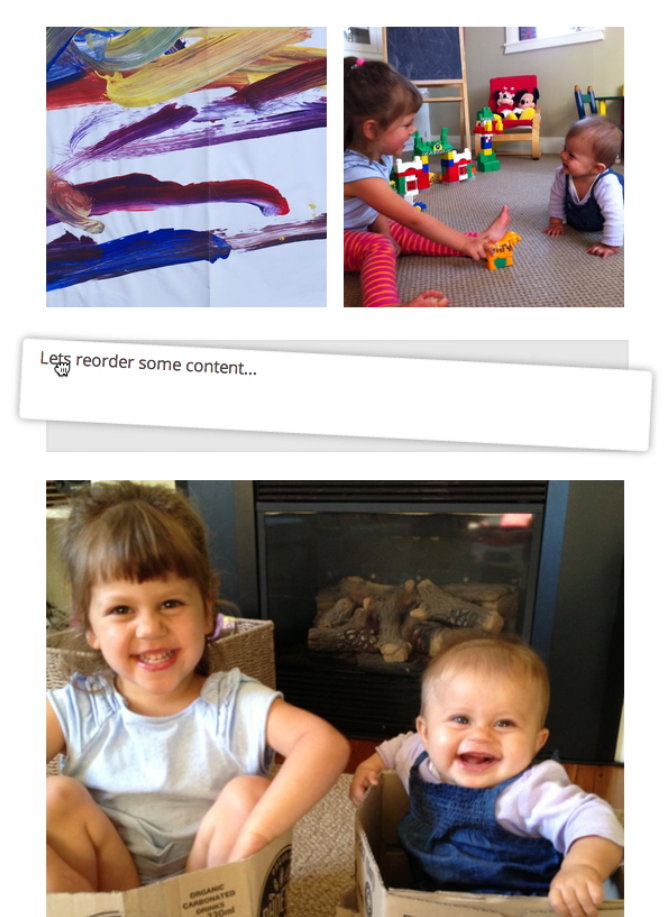 Image blocks can be moved around to be one across or two across. ie. they can take up the entire width of the story editor, or you can have two smaller images side by side.

To reorder images click on any image and drag it to where you want it to appear. If you drag it next to another image it will appear as a smaller image beside the other one. If you drag it onto its own line it will expand to fill the width of the story editor.

The series below shows what happens when you reorder images. Here we have three images: 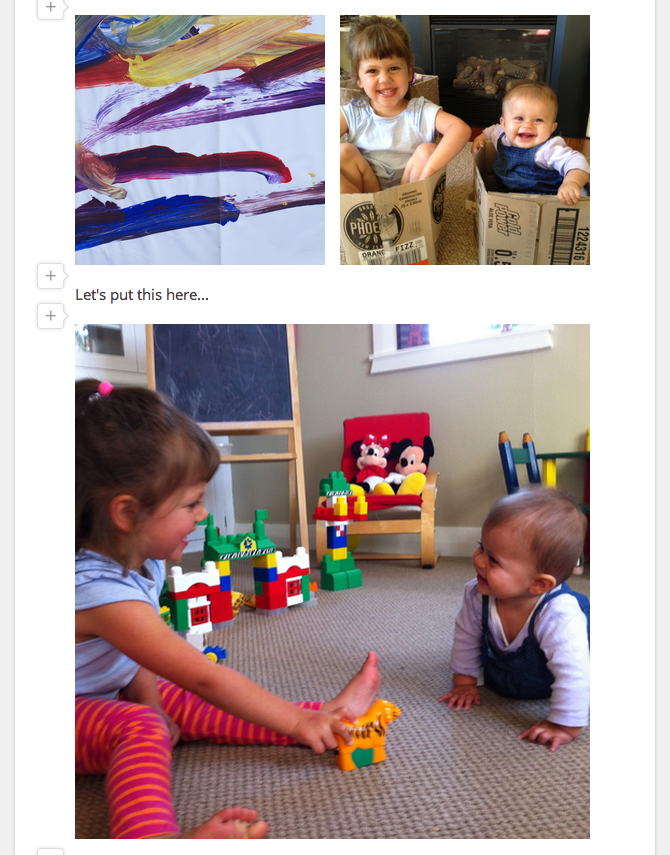 The large image at the bottom is clicked and dragged (large images appear smaller as they are dragged): 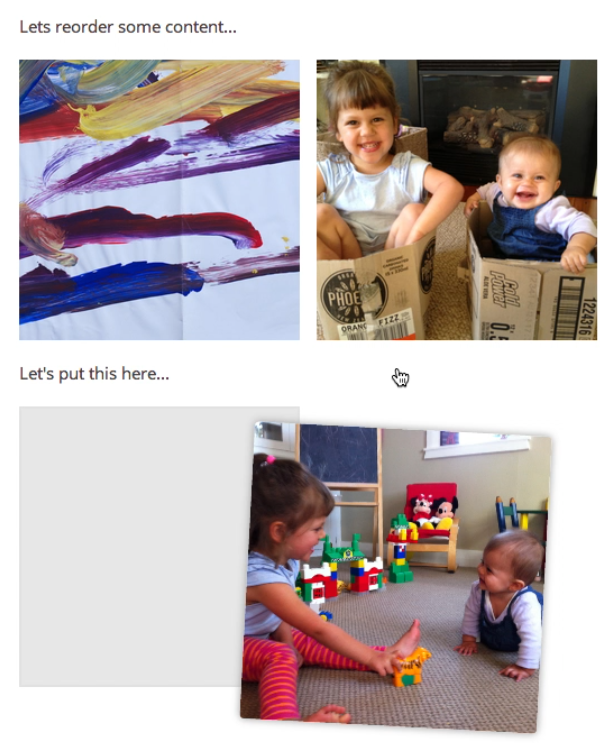 The image is dragged up and to the right to replace the image of the girls sitting in boxes (which is now shunted below). Because it now shares a line with another image it becomes half the original size: 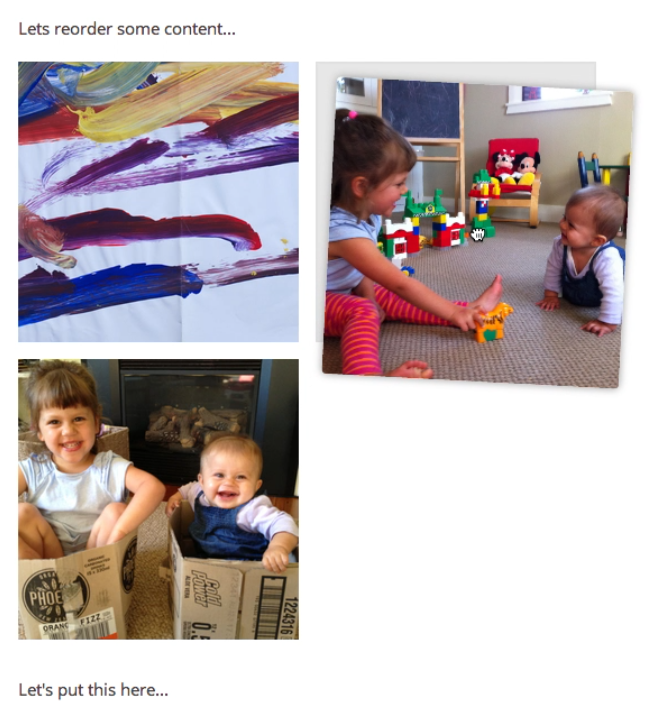 The image of the girls sitting in boxes is now on its own line so it expands to fill the space. 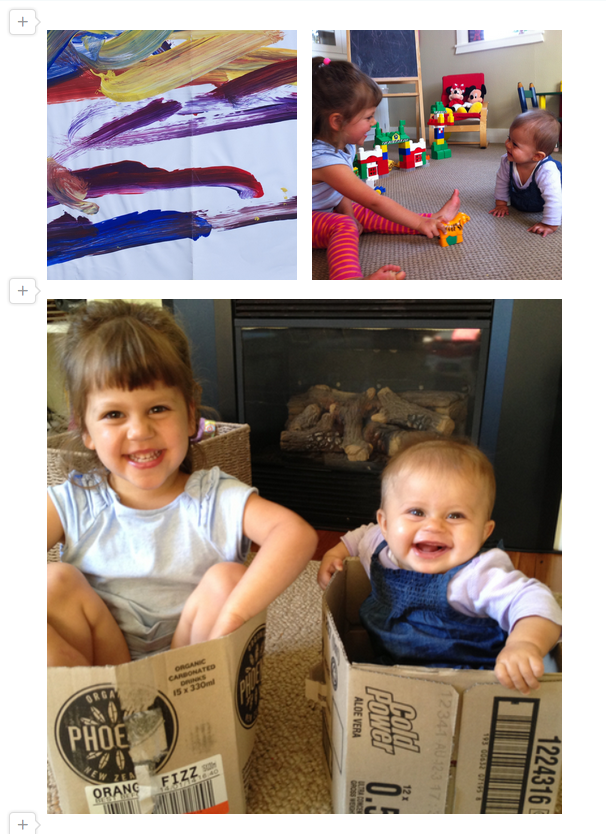 After a couple of stories reordering blocks of content should become second nature.