All Collections
Recruiting Teams - Best Practices
What is a Prospect Card?

What is a Prospect Card?

Written by CS Teamable
Updated over a week ago

Let's take a closer look at the prospect card in Teamable.

The prospect card in Teamable contains tons of valuable information that you can use to determine to manage your company's communication with a potential candidate.

From the summary, you can see the prospect's name, location, job title, and education. .

If you click on the Info tab, you will see more detailed information about the prospect's background including, where available, a detailed work history and educational history, and an extrapolation of their skills. 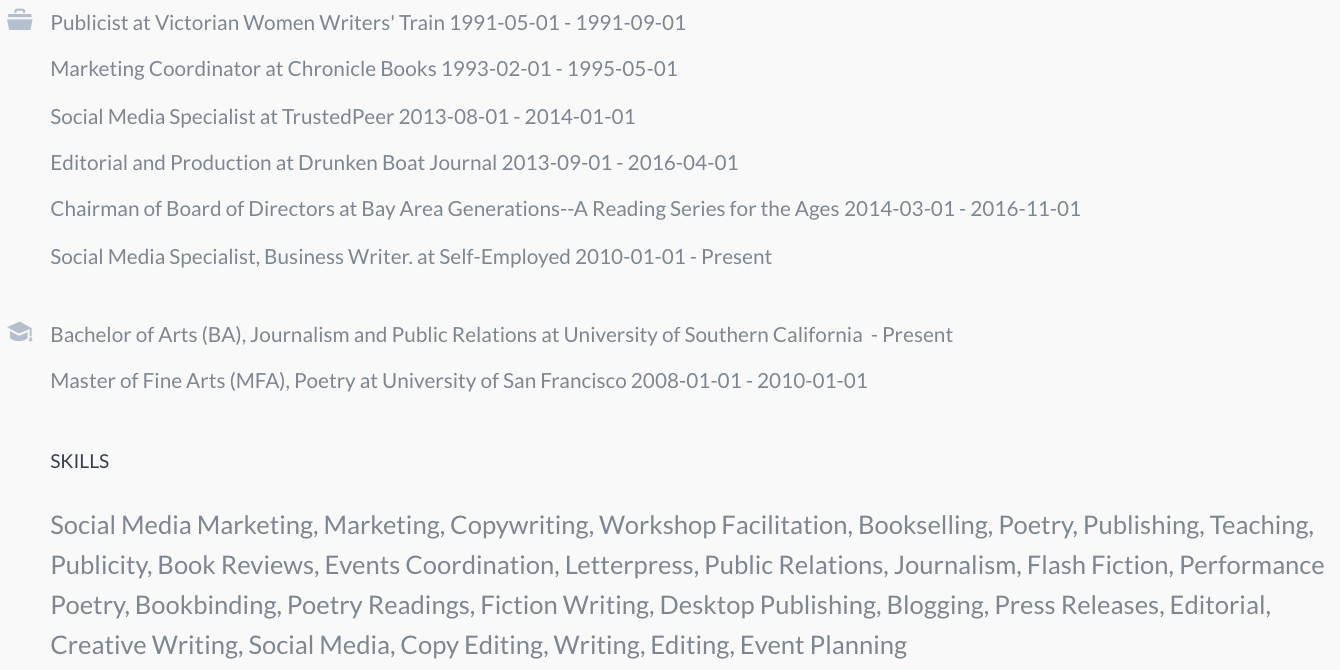 Note: In some cases, all or some of this data may be missing. We are working on adding it to every candidate card. In the meantime, you can report a data error.

You can also see the publicly available social links (and click out to any that you're interested in if you wish to read more) as well as see the teammates at your company who can make a warm introduction. 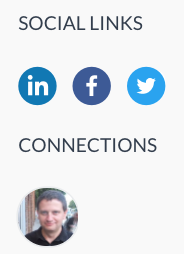 Notes
The notes tab will show you all activity and any notes that have been added about the prospect. The number next to the name will show the total number of notes.

Examples of activity include:

For each note, you will see when the activity took place.

Lists
The lists tab shows all of the jobs for which the prospect has been considered. From here, you can remove the prospect from any of the job lists and/or add to a new list. The number next to Lists will show the total number of lists.

Messages
The messages tab will show all of the emails that have been sent to the prospect. The number next to Messages will show the total number of messages. If the number is '0' you will see something like this:

Read more about the differences between the Intro and Source buttons.
Start Sourcing Warm Intros.