Before beginning the process of importing the POS Menu into ToGo Order Cloud it is best to review your POS menu to determine if your current POS menu is structured in a way to easily use in the online ordering system.

What information is pulled from the POS Menu into Order Cloud on the initial import of the menu?

The above will create a relationship between the POS and ToGo Order Cloud and will be utilized between the two systems to send/receive orders.

Also on the initial import the following will be pulled in but can be edited and do not have to remain the same between both systems.

Best Practices for readying your POS Menu for Import

On the initial import your POS Menu Categories/Screens will be pulled into ToGo Order Cloud along with the menu items assigned to them. These categories and items can be renamed, hidden, renamed, reorganized, etc. without affecting the relationship between the POS and Order Cloud. 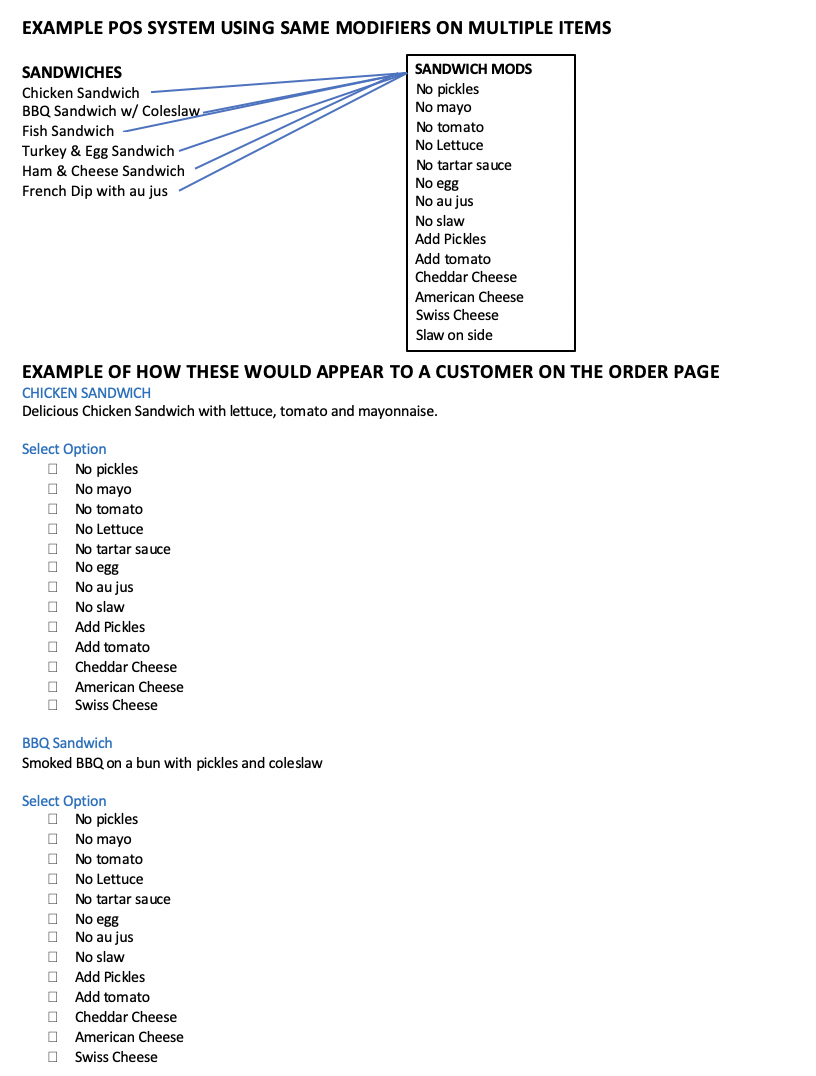 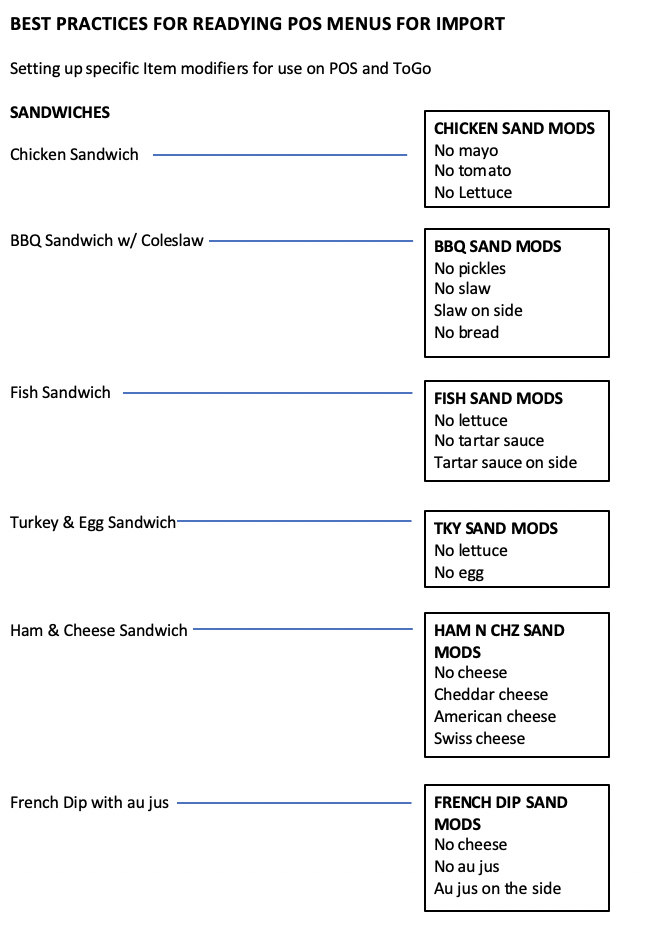