All Collections
Sharing & Sending
What do the email invite tracking statuses mean?

What do the email invite tracking statuses mean?

Learn the meaning of the symbols or icons that display the status of the email invite that you send to clients.

Written by Stephanie Gries
Updated over a week ago

After sending an email invite to a client, Travefy displays various icons to show the status of the email. Travefy tracks to show whether it is sending, sent, opened, viewed or bounced. Travefy also shows you whether the client is accessing the itinerary via the online version or mobile app. 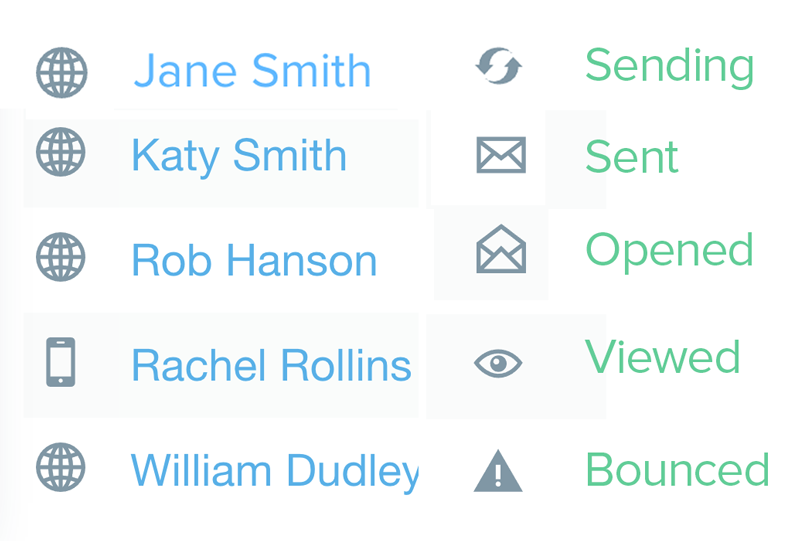 *Note: Certain email clients can mark an email as opened when it is downloaded to the email system. So sometimes a "viewed" or "opened" email might not have been actually viewed by the traveler if you see that status.