How to create a group of figures with sub-figure numbering (e.g. 1A, 1B)

Select a figure from the figure navigation in the left panel.

Or, you can select the figure number on the canvas.

In the element description panel, Figure Numbering options are displayed.

Group the current figure with the previous figure

Add a new figure to a group

You can convert a figure into the first of a sub-numbered figure group -- e.g. FIG 8A. Because figure numbering guidelines require that there be at least one other figure in the group -- e.g. FIG 8B -- you can either add that second figure to a new sheet, the same sheet, or convert the subsequent figure, if there is one. 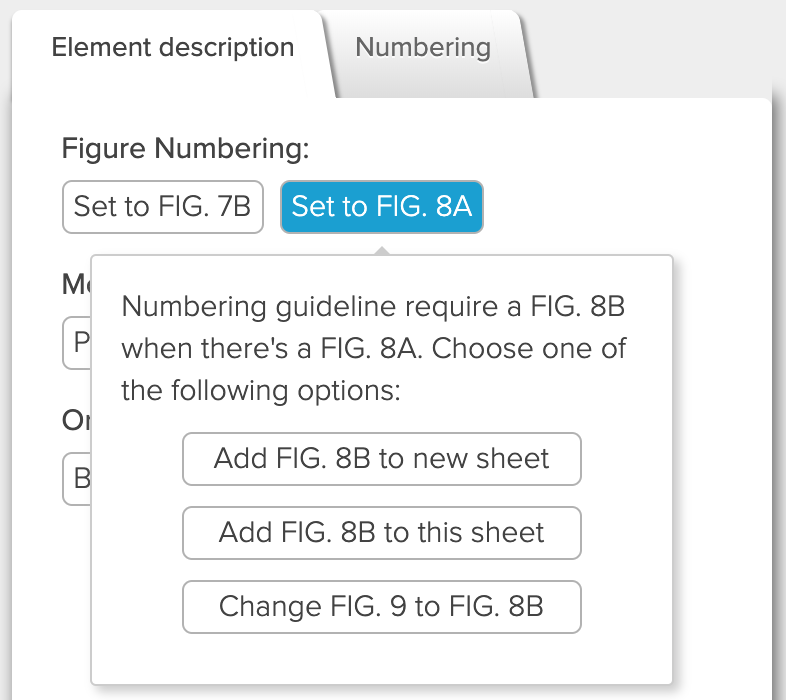 The last figure in a group can be removed from the group by setting it to the next in the number sequence. If only two figures exist in a group, then removing the second figure in the group will dissolve the entire group.

The Rowan drafting tool maintains the figure groups to keep them in consecutive order and does not allow them to be separated by another figure or a different figure group.

When multiple sheets contain a group of figures, the sheets will show as grouped in the sheet sorter. 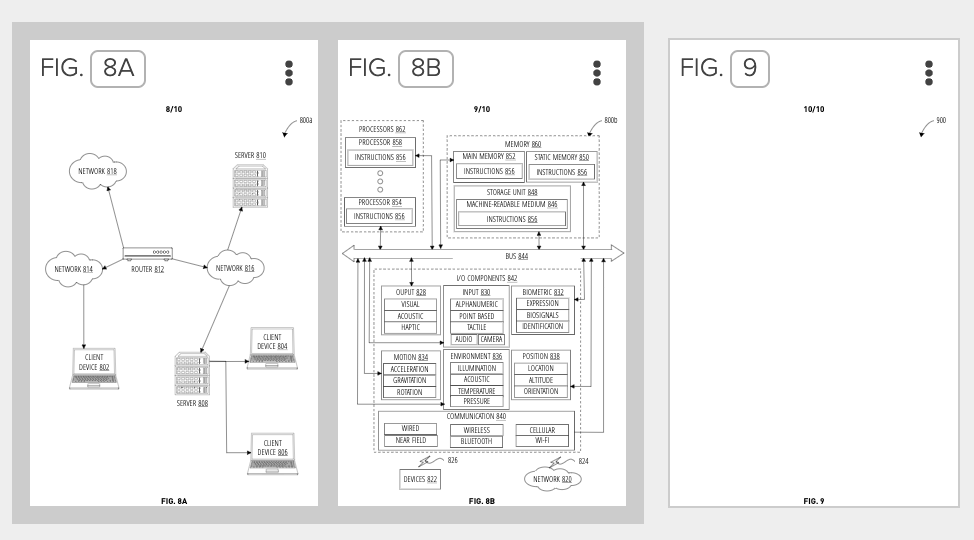 When rearranging sheets, the grouped sheets will move together. Another sheet with figures not in that group cannot be inserted between those two sheets.

Figure grouping increases the odds that more than 50 parts will be used across the group. The drafting tool automatically converts the numbering to handle this case. Once you add the 51st part, the numbers will increment by 1 instead of by 2 to allow for the addition of more numbered parts. All tagged references across your application are kept consistent.

If there are no tagged references in the specification, just move the desired figure components wherever necessary by cutting and pasting them in their new location. If the current layout is compact, consider inserting a blank sheet as a holding area as figure elements are being relocated.

Then, just rearrange the figures using the sheet sorter, and link them back with the desired sub-numbering once they're in order.

If these simpler solutions aren't feasible, there are a few additional steps needed to prevent breaking reference links: 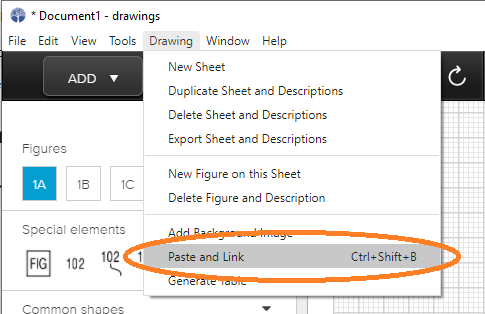