Elaborate on a Feature in a Dependent Claim

Rowan Patents drafting includes automation to help you quickly generate a new dependent claim based on an existing claimed feature.

Written by Laura Berwick
Updated over a week ago

With Rowan drafting, once you've included a feature in one of your claims, you can easily and quickly start new claims to elaborate and expand upon that feature.

First, select the feature you wish to elaborate upon. Then select the Elaborate Text option under the Claims > Generate menu. 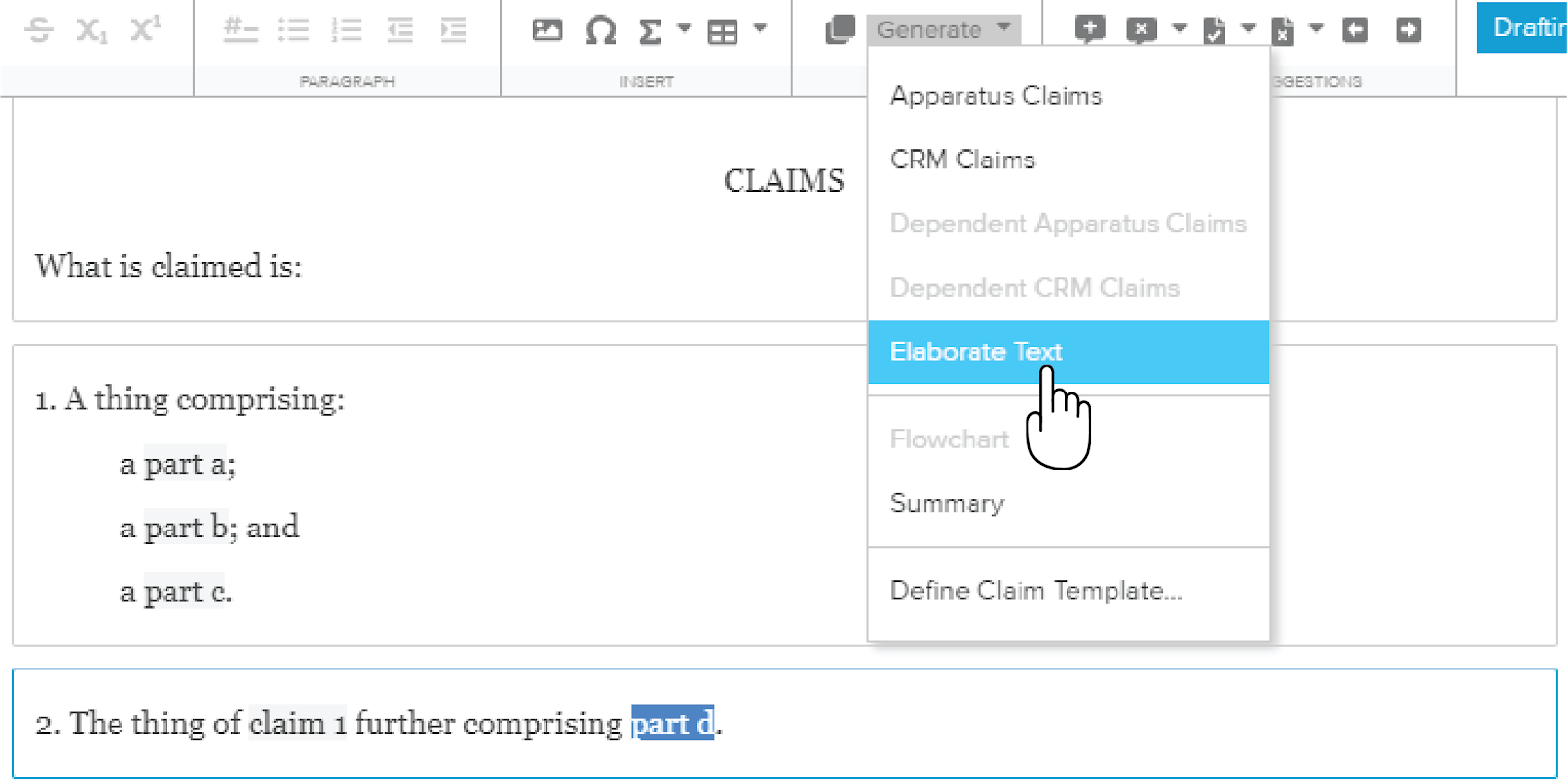 A new dependent claim will be started where you can elaborate upon the feature selected.

You can then flesh out your new claim as you wish.