Some office actions have errors, preventing Rowan prosecution (formerly SmartShell) from giving the best output. Here's how to correct them.

Written by Laura Berwick
Updated over a week ago

Why would I need to do anything to an office action?

Most office actions closely follow a particular format and contain accurate information on prior art cited by the Examiner. Sometimes, however, issues with an office action, such as formatting inconsistencies, typing errors, or problems with optical character recognition (OCR), can prevent the Prosecution Tool from creating a complete and accurate response shell with annotated prior art. Here we’ll describe some of the most common issues we’ve seen and how you can fix the office action to obtain the prosecution files you need.

Why did the tool leave out some or all of the Examiner’s remarks? 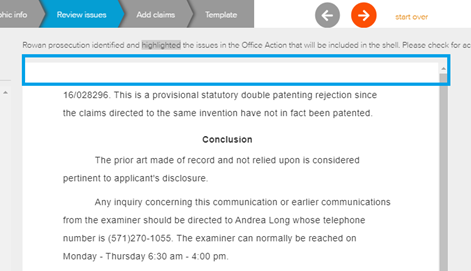 The tool begins looking for remarks, objections, rejections, and other issues on the third page of any office action.

In some cases, an error may be made in constructing or extracting the office action PDF. One or more extra pages may push the beginning of the Examiner’s remarks back to the fourth page (“a” below), and something on the early pages may cause the search to complete early. Alternatively, one or more early pages may be missing (“b” below).

In such cases, the tool may fail to detect objections, rejections, or other issues in the Examiner’s remarks because it either begins looking on the blank page and for some reason is interrupted and stops searching before going further, or the tool may begin looking on the second page of the Examiner’s remarks and fail to detect issues on the first page.

To correct the PDF so that the tool can appropriately locate the Examiner’s remarks, you can use Acrobat or another PDF editing program to either delete extra blank pages, such as in case a, or to insert a page at the beginning of the file in a file such as that shown in case b. 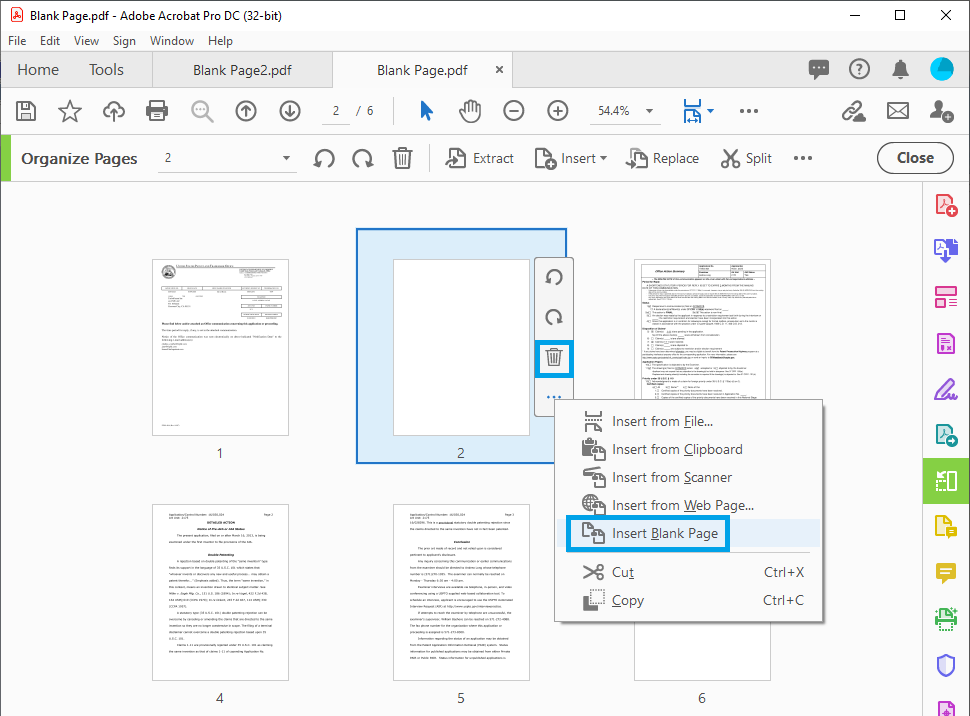 Alternately, you may check the complete file wrapper or other files on PAIR and determine if the correct pages are in place, and download/extract a cleaner copy of the office action.

Why are some or all of the issues not identified? 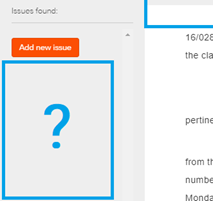 This is probably due to the same problem as above: the office action is missing a page or has an extra page within the first three pages.

The fix will be the same as above. Extra pages can be removed or added as needed in a PDF editor such as Acrobat.

Why doesn’t the annotated art match what the Examiner cited?

The tool recognizes patent numbers and uses those numbers, exactly as typed, to pull patent references from Google Patents. A typo in the patent number listed will result in the wrong piece of art being pulled and included by the tool. For example, the image above shows a case where The number shown for Raanani et al. is actually the number for a different filing for which Takei is the primary inventor listed. Thus Raanani is not listed in the 102/103 references, and Takei is, in spite of that name not appearing anywhere in the office action.

The results should include the appropriate art. For example, the first result of the search above is an application listing Raanani as the primary inventor, and the number is just one digit off of the Takei citation discovered by the tool based on the typo in the office action.

Once the correct reference number is found, the office action PDF may be edited to correct the typo.

Once the typo is corrected and the changes saved, the updated office action can be used to create a shell that includes the correct art.

In some cases, when the only issues are related to the specification, drawings, objections, or 112 and 101 rejections, the Examiner may cite no art. Thus there may not be any references for the tool to detect.

In other cases, a typing error or OCR error may make the patent number unrecognizable as such to the tool.

A PDF editor may be used as described above to correct typing errors or adjust characters that are misrecognized during OCR. Once you’ve corrected the document number, the tool should be able to recognize and annotate the cited art.

Why is the tool giving me warnings for some art? 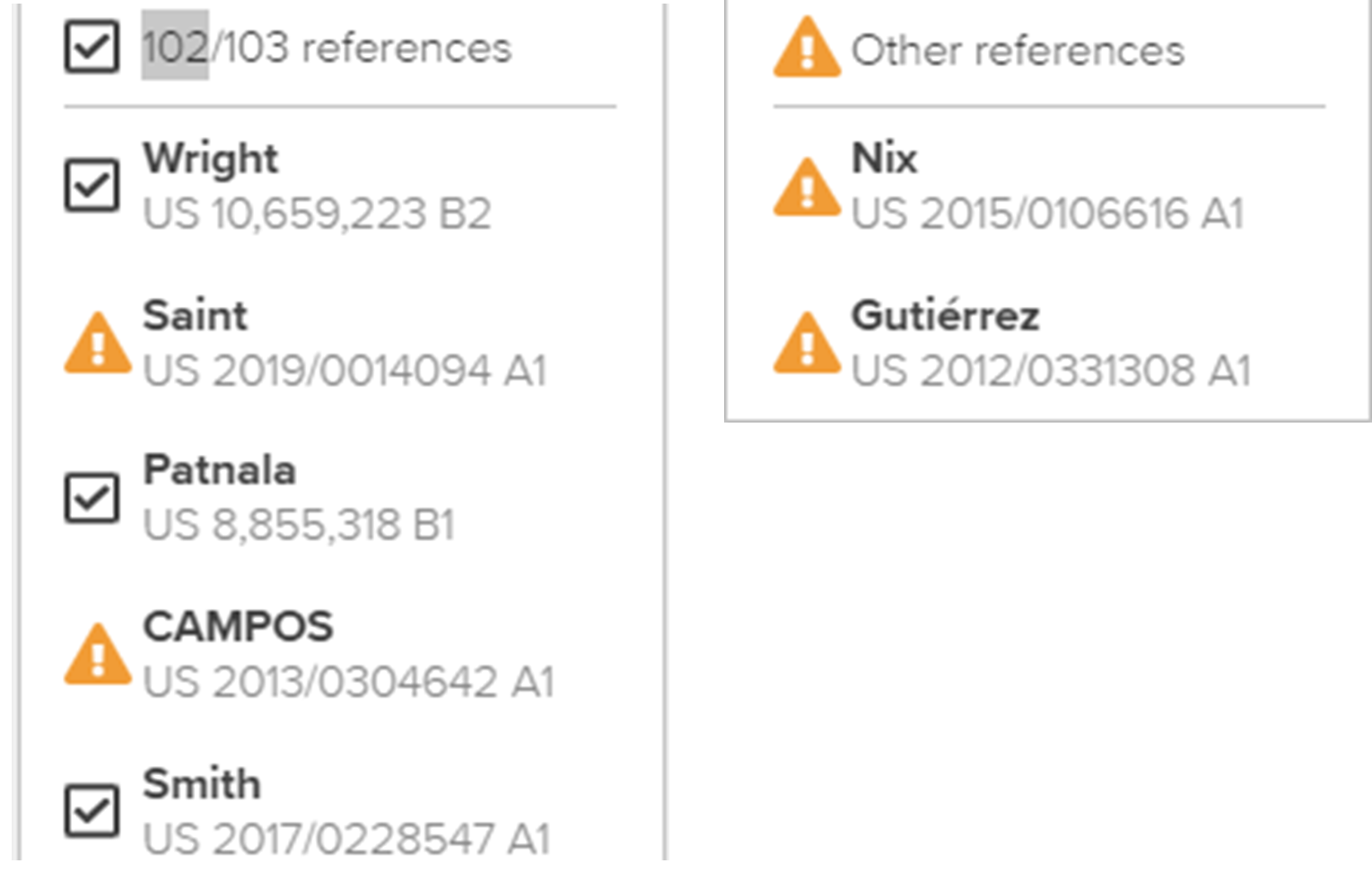 When the tool has detected a reference but cannot download a PDF for that reference, a warning will be provided. The trouble may lie in an intermittent network disruption, a firewall blocking the tool from accessing Google Patents, or a usually temporary glitch in the Google Patents interface or database.

You might check for network performance issues, rerun the tool over a connection outside of firewalls or VPNs, or simply wait for a few minutes to see if performance improves. Most patent literature references can be downloaded manually, though annotations will not be provided if the tool cannot access the necessary PDFs during its operation.

Why are my foreign patent references missing from my finished shell?

The Rowan Prosecution tool pulls patent literature from Google Patents. If the foreign reference is not available there, the tool will not be able to download it. Foreign patent PDFs are often not translated into English; in this case, the tool may be able to download a reference, but will be unable to annotate it appropriately. The tool will do its best to provide whatever it can based on what’s available on Google Patents.

Why is non-patent literature missing from my finished shell?

The Rowan Prosecution tool relies on Google Patents to access patents referenced in prior art cited by the Examiner. No single repository exists for non-patent literature (NPL) references, and much NPL is secured behind paywalls. Thus the tool makes no attempt to include these references in its output.