All Collections
Teachers
Assigning Content
What is a Quest?

What is a Quest?

Written by Lindsey Tropf
Updated over a week ago

A Quest is a task given to a player in Tyto Online by another non-player character (NPC for short) that can be completed for a reward. NPCs can be identified by the red nameplates above their heads. Examples of NPC’s include Biodome Supervisor Cherie, Tyto Student Yosef, or Tyto Researcher Kato.

Quests are one of the primary ways that students learn inside Tyto Online. They are also the main source of experience points, which allow students to explore different Modules, unlock new Sandboxes, and take on new Quests to expand their learning.

They are usually broken up into multiple phases, which may ask the player to do something simple such as talk to someone, to something far more complicated like gathering evidence to create and defend a hypothesis, creating a Punnett square, or creating a model.

You can easily see what NPC has a quest to give to you by looking for a yellow Tyto Owl icon above their head:

To accept a quest, click on the NPC to start talking to them to find out what it is they need. 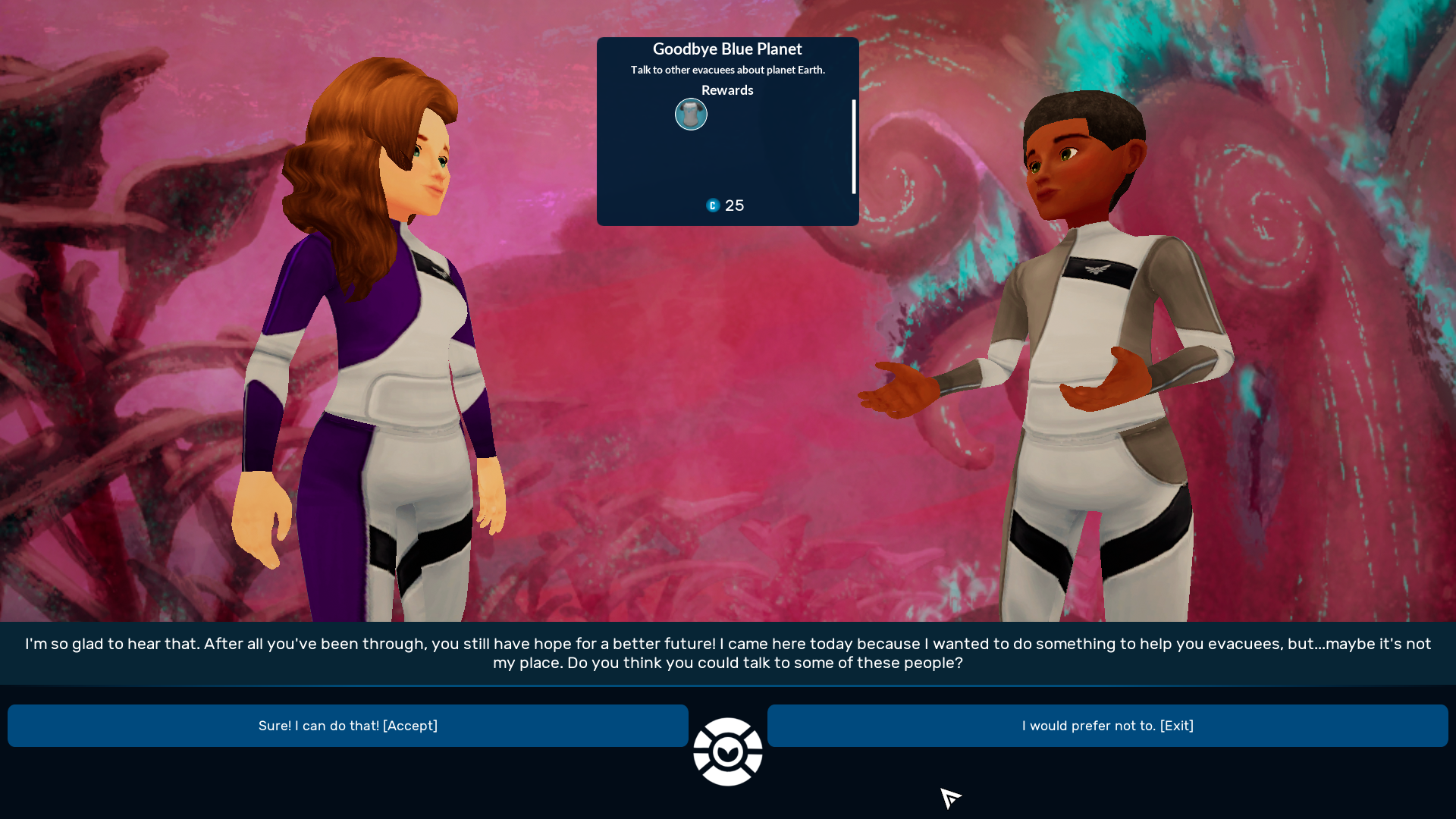 While a quest is in Progress, the Tyto Owl icon above Quest's NPC will turn white with a blue outline.

Guidance Arrows will appear on your screen to show you where to go for the current task phase. If you don't see them, make sure to click the button in the lower left corner of your map to toggle path on/off. 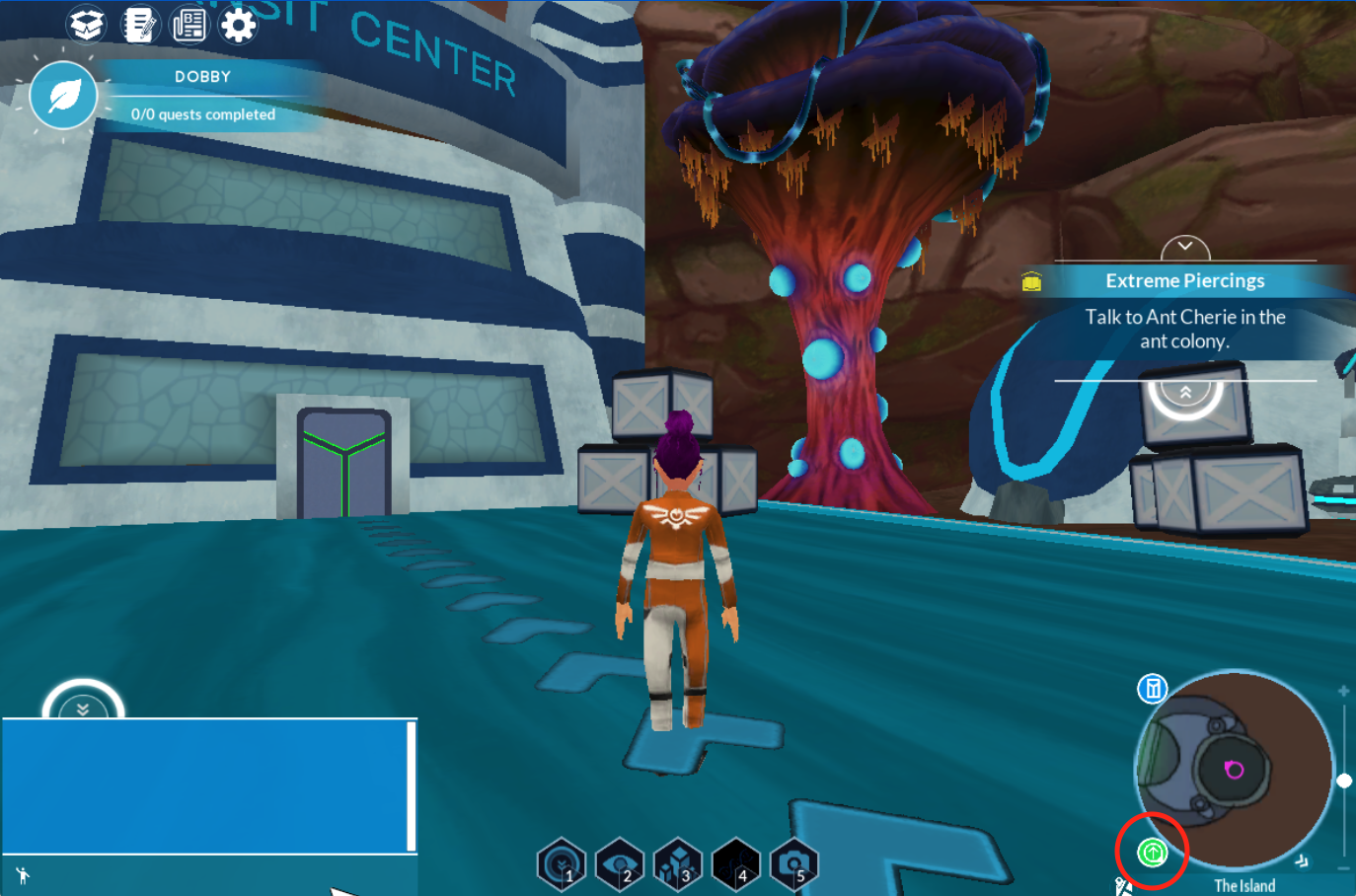 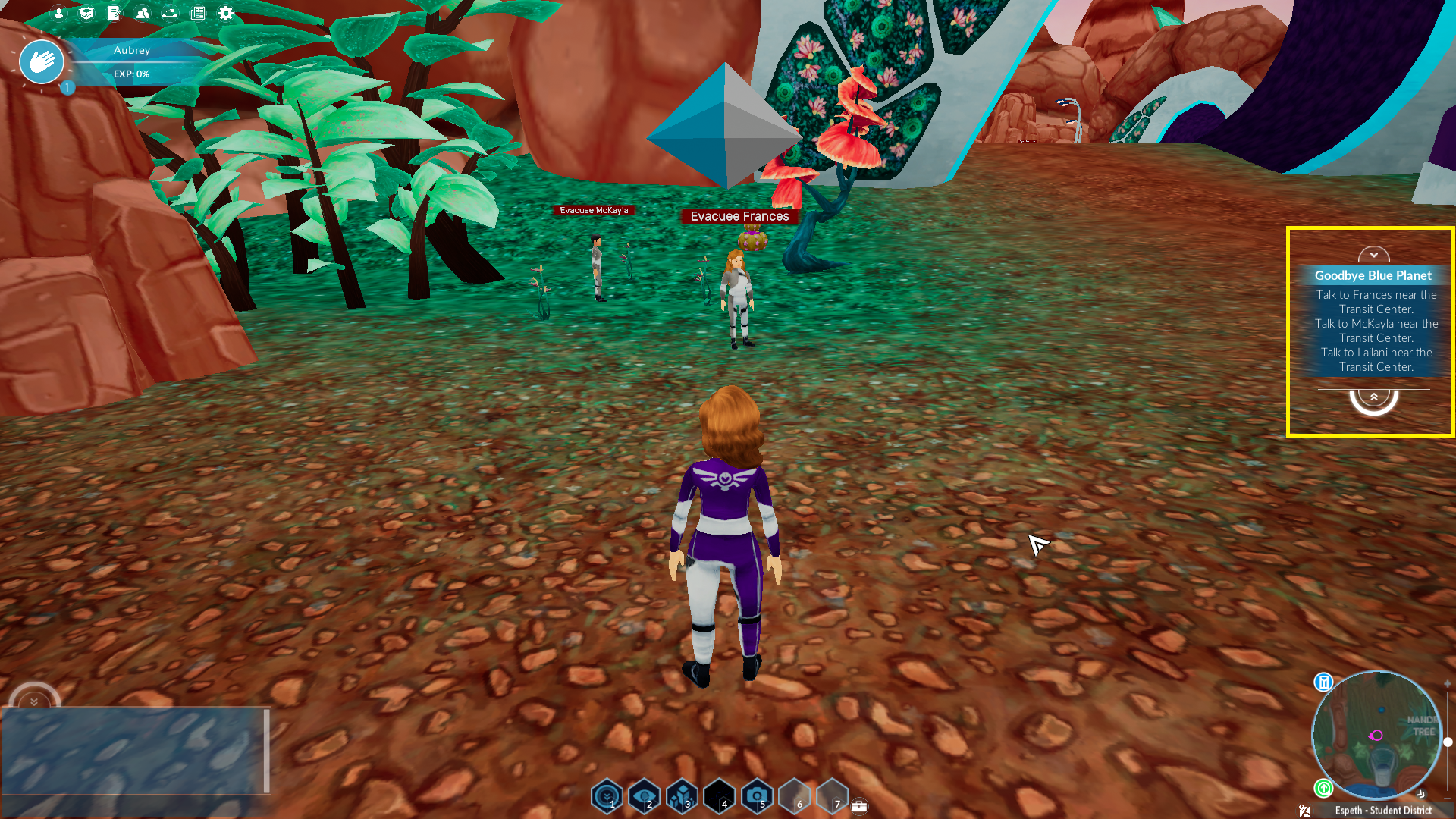 To view other quests in progress, abandon the current quest, or track another in-progress quest, click the tracker or press the 'J' key to open the Quest Journal. 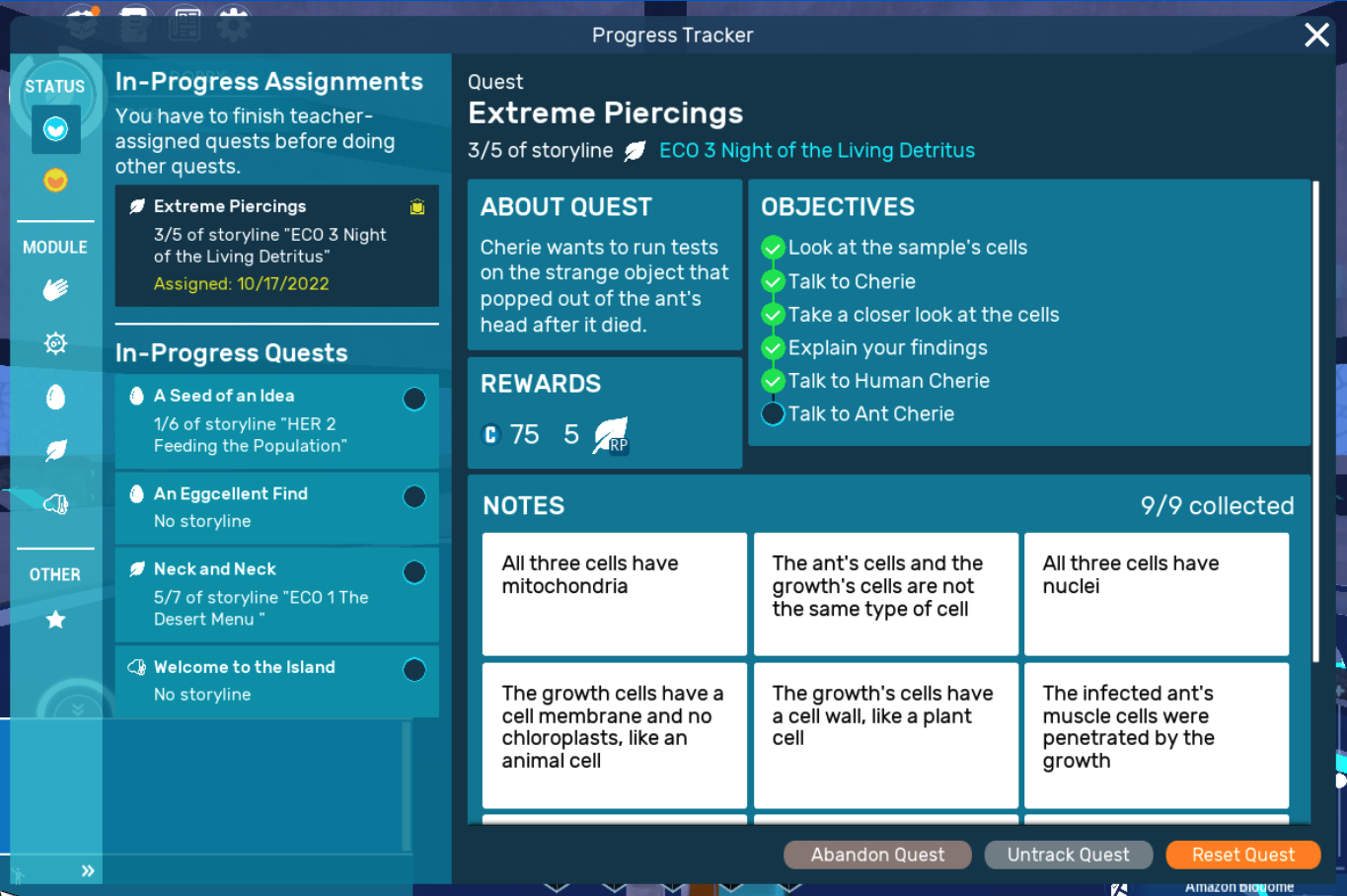 Once you finish everything you must do during the quest, the Tyto Owl icon above the final NPC you need to talk to will now appear yellow and have wings. Speak with them to end the quest and receive your reward! 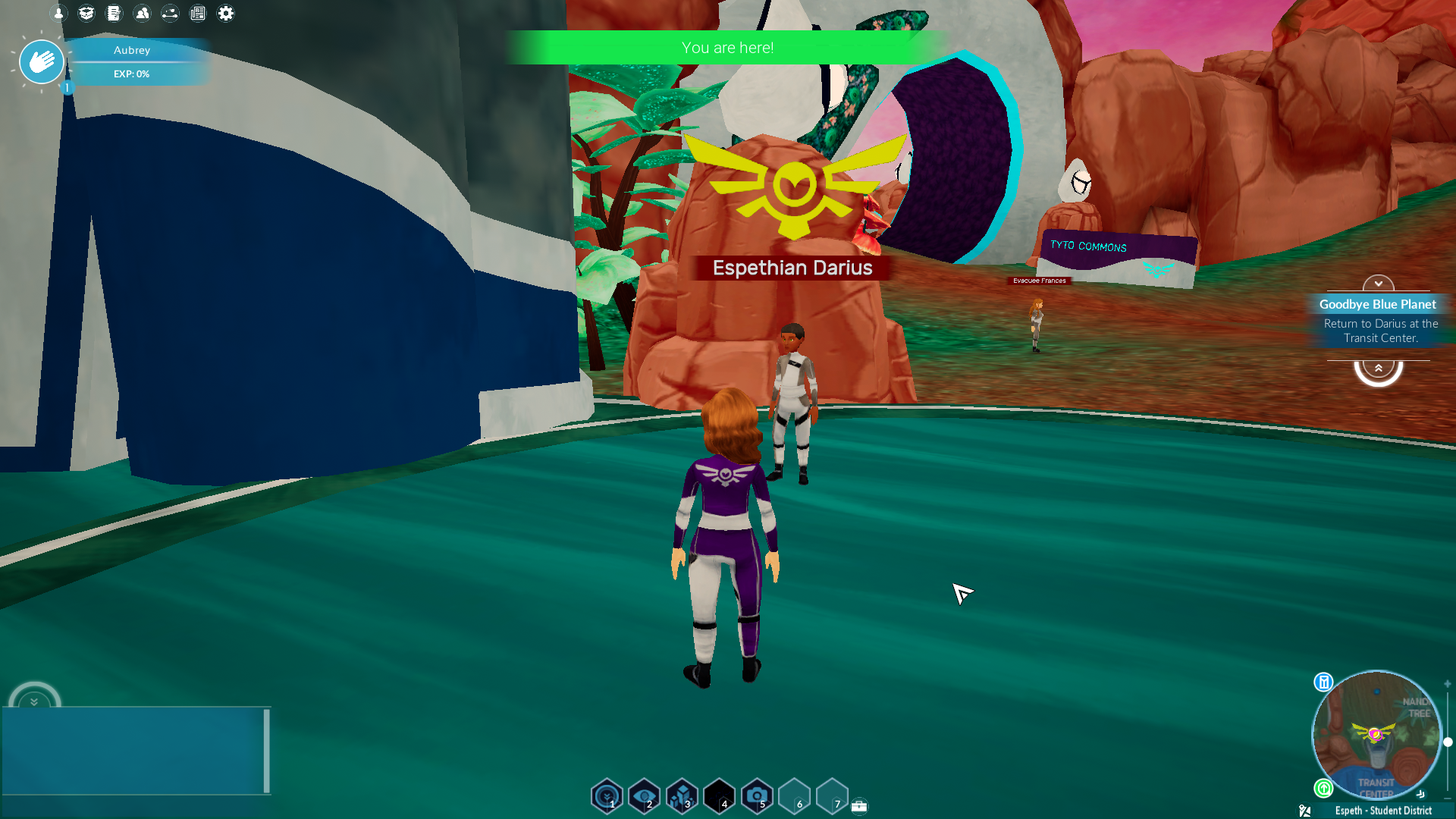