How to close a Job with some Deliverables still outstanding

Written by AWEbase Support
Updated over a week ago

In AWEbase, you can only close a Job when all of its Deliverables have been marked Completed. But sometimes, only some of a Job's Deliverables are complete, but you still want to close the Job.

For instance, an artist may be contracted to create five illustrations (Deliverables), but is only able to deliver three. Or maybe you contracted a writer for six chapters, but discovered later you only needed five. In both cases, you want to resolve the Deliverables that have been delivered, while separating the other Deliverable to be re-assigned or cancelled.

Because you can't close a Job until all of its Deliverables have been marked "completed" you need to do the following: 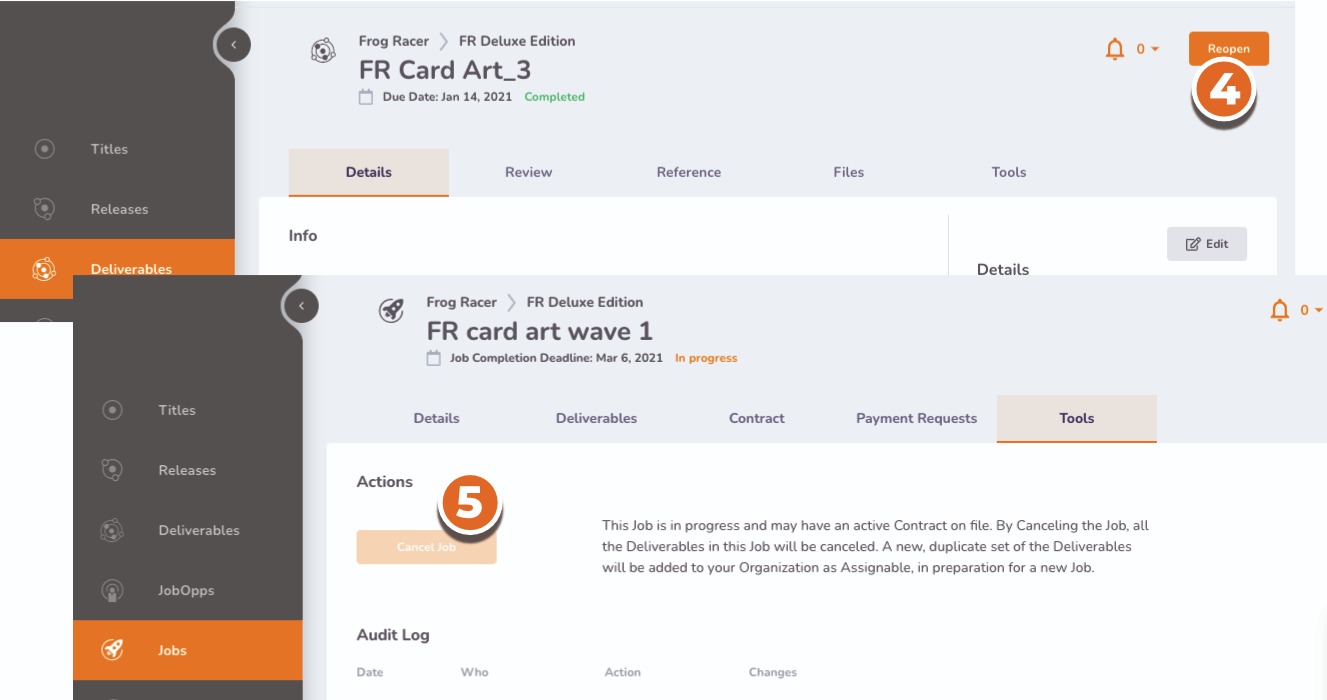 Once the Job is cancelled, you need to create a new Job using the Deliverables noted in Step 3, above. As part of creating the job, you may either:

In either case, you may wish to make a note that the new job is a partially-complete version of the original job, and attach a PDF of the original contract (downloaded in Step 2, above) as an "Associated File" on the Contract tab.

Once the new Job is ready, mark each of its Deliverables "Completed" then close the Job. The remaining Deliverables are ready to be added to another contract.