Learn about groups and how to use them.

Written by Taylor Gostomski
Updated over a week ago

A group is a collection of users that is associated with one or more administrators.

Select a link below to learn more about that topic:

Example of how groups are used:

Groups can be created for any entity (such as the name of a school, a building, a classroom, an office, a department, etc.) that needs to share users within that group. 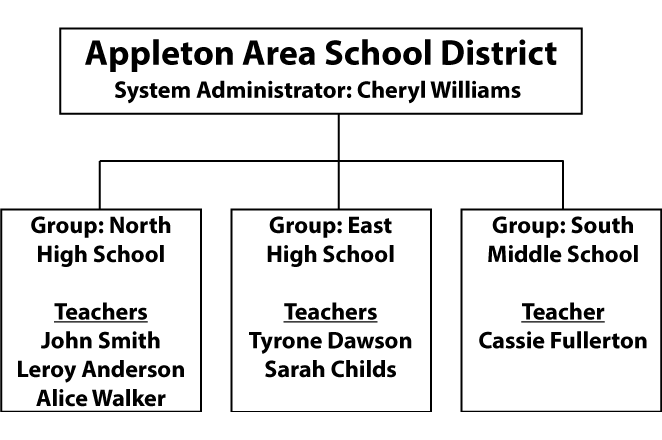 In the above example, system administrator Cheryl Williams decided to create a group for each school in the district. Each user (student) added to Conover Online is assigned to a group and in this case the user is assigned a group according to the school they attend. Any teachers (called "administrators" in Conover Online) are then assigned a group(s) that they are allowed to access.

In this example, John Smith, Leroy Anderson and Alice Walker are associated with the group "North High School" and can only access users (students) who are in the group North High School (i.e. they cannot access users in the groups "East High School" or "South Middle School" because they are not associated with those groups and in this case this is desired because there is not a reason for them to need to access student at those others schools).

Below is an illustration of how a small school district or an individual school might set up their account: 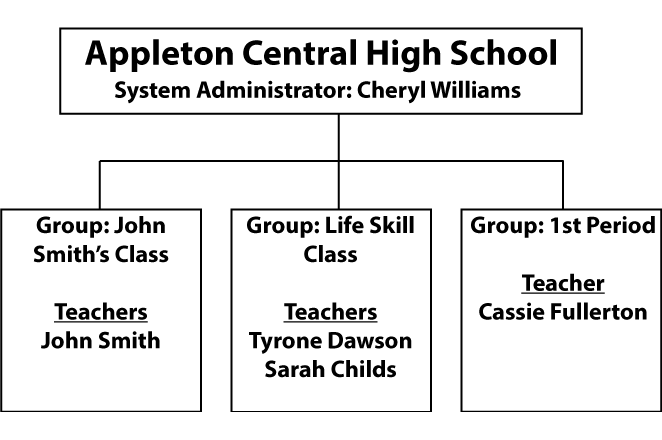 Change the group for one or more users: