All Collections
Help Center
How can I see votes or hide votes in my survey?

How can I see votes or hide votes in my survey?

Written by Tchales
Updated over a week ago

After creating a survey, you can use the “See votes” and “Hide votes” feature.

Down below your survey, you can see the “See votes” feature. 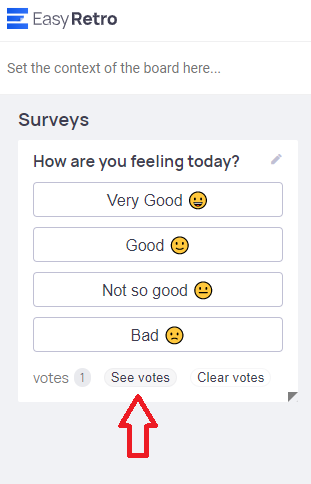 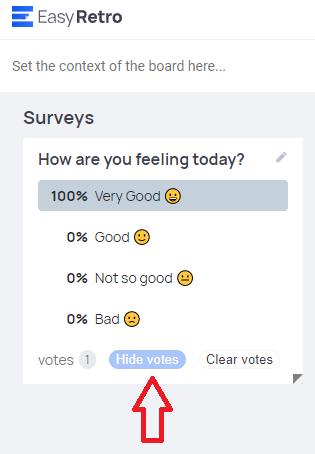 It's important to know that only the creator of the survey can use the “See votes” and “Hide votes” feature. Also, once someone votes on the survey, they can't undo their vote. You can undo their vote by clearing the votes.

Note: When you reveal the votes, you can only see the percentage of the votes. You won't be able to see who voted.